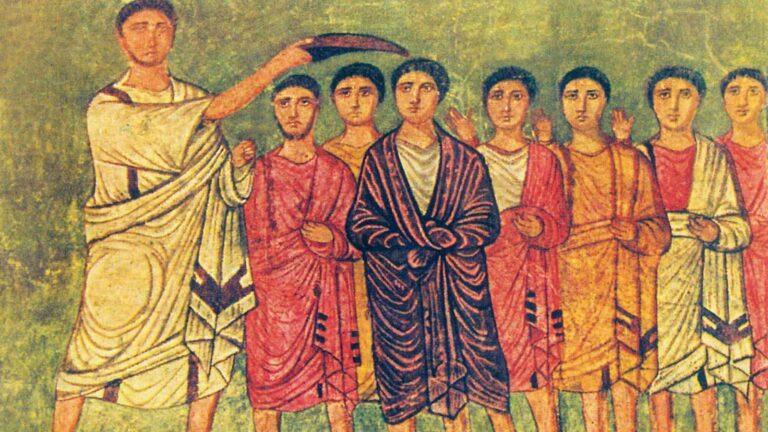 The biblical King David anointed king by Samuel while wearing purple, as pictured in a wall painting from the ancient Dura Europos Synagogue in Syria. Image reworked by Marsyas/Wikimedia Commons

Remnants of woven fabric dyed with royal purple that have been dated back some 3,000 years ago to a period corresponding to the biblical monarchies of David and Solomon were recently unearthed in southern Israel.

This is the first time that purple-dyed Iron Age textiles have been found in the country, with the discovery made possible due to the extremely dry climate in the arid Timna Valley in the Arava Desert.

The study that led to their discovery was carried out by researchers from Tel Aviv University, Bar-Ilan University and the Israel Antiquities Authority. Their findings were recently published in the PLOS ONE journal. 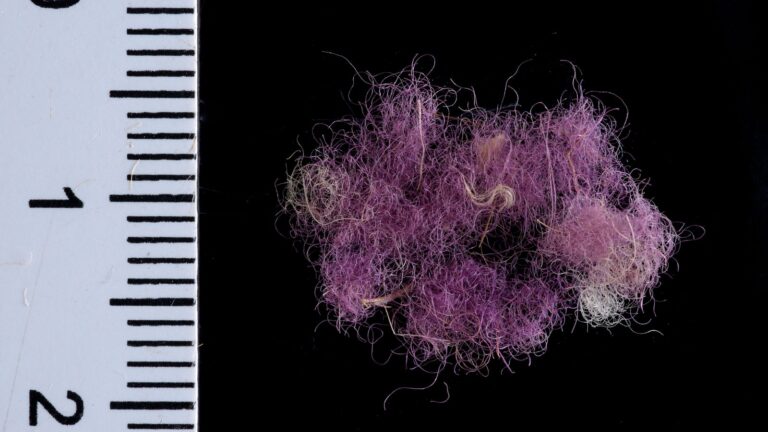 Wool fibers dyed with royal purple from around 1000 BCE that were discovered at Timna Valley. Photo by Dafna Gazit, courtesy of the Israel Antiquities Authority

True purple was produced in antiquity from three species of mollusk indigenous to the Mediterranean Sea: the banded dye-murex, the spiny dye-murex and the red-mouthed rock-shell.

These were used to produce two precious dyes – purple (argaman in Hebrew) and azure (tekhelet), depending on the purple dye mollusk’s exposure to light. 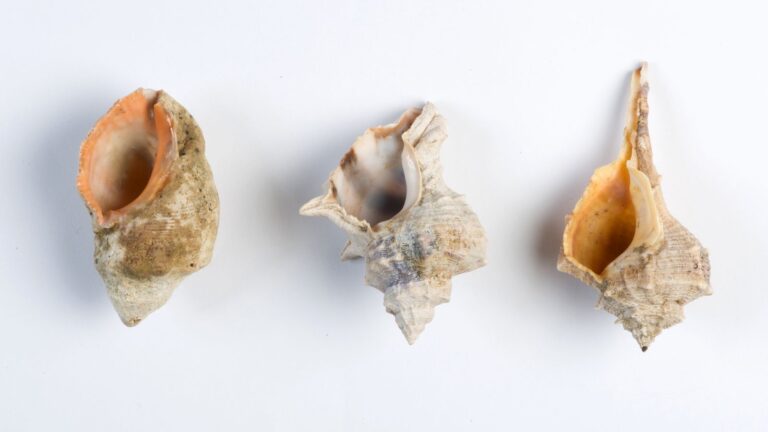 Both colors were often mentioned together in ancient sources, with Kings David and Solomon, the Temple priests and Jesus all described wearing purple clothing.

“In antiquity, purple attire was associated with the nobility, with priests, and of course with royalty. The gorgeous shade of the purple, the fact that it does not fade, and the difficulty in producing the dye, which is found in minute quantities in the body of mollusks, all made it the most highly valued of the dyes, which often cost more than gold,” explains Naama Sukenik, curator of organic finds at the Israel Antiquities Authority.

“Until the current discovery, we had only encountered mollusk-shell waste and potsherds with patches of dye, which provided evidence of the purple industry in the Iron Age. Now, for the first time, we have direct evidence of the dyed fabrics themselves, preserved for some 3,000 years.”