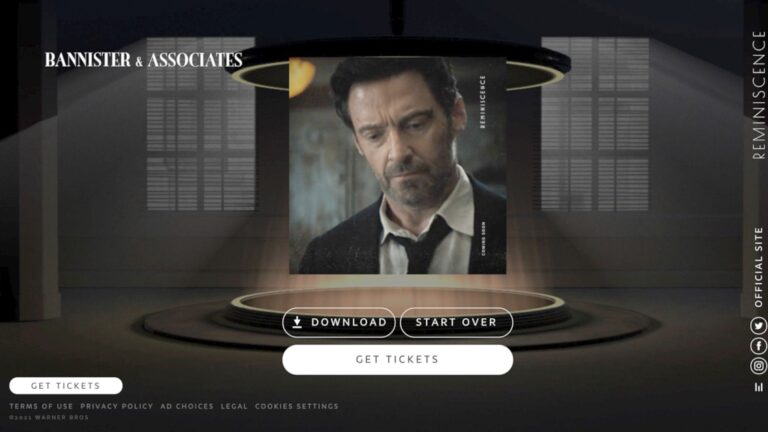 Oblio, a digital content creation studio in Oregon that specializes in technology for film, leveraged D-ID’s product to enable viewers to take an immersive role in the thriller.

Users’ still pictures are uploaded, animated and inserted into a movie trailer in sync with the action on the screen. Users can then share these personalized movie preview videos through the social media channels. Try it out here.

Oblio producer Ben Posedel says the studio, which previously worked on Warner Bros. films such as “Knives Out” and “Wonder Woman: 1984,” immediately “thought about how we could build with the tools D-ID has developed” to help viewers experience the film’s foundational idea of going back through memory.

“It doesn’t happen often that the creative and the technical capabilities overlap so perfectly, but when it does, it makes for very exciting collaborative opportunities,” said Posedel.

UNCOVER ISRAEL - Get the ISRAEL21c
Weekly Edition free by email
Sign Up Now!
Bring Israel's story to life.
Millions of people around the world rely on us to gain a deeper understanding of Israel. We are the trusted source for original content you won't find anywhere else.
You can make a difference. Donate today to support journalism that brings Israel’s story alive.
SUPPORT ISRAEL21c
Read more on:   News, Technology, D-ID