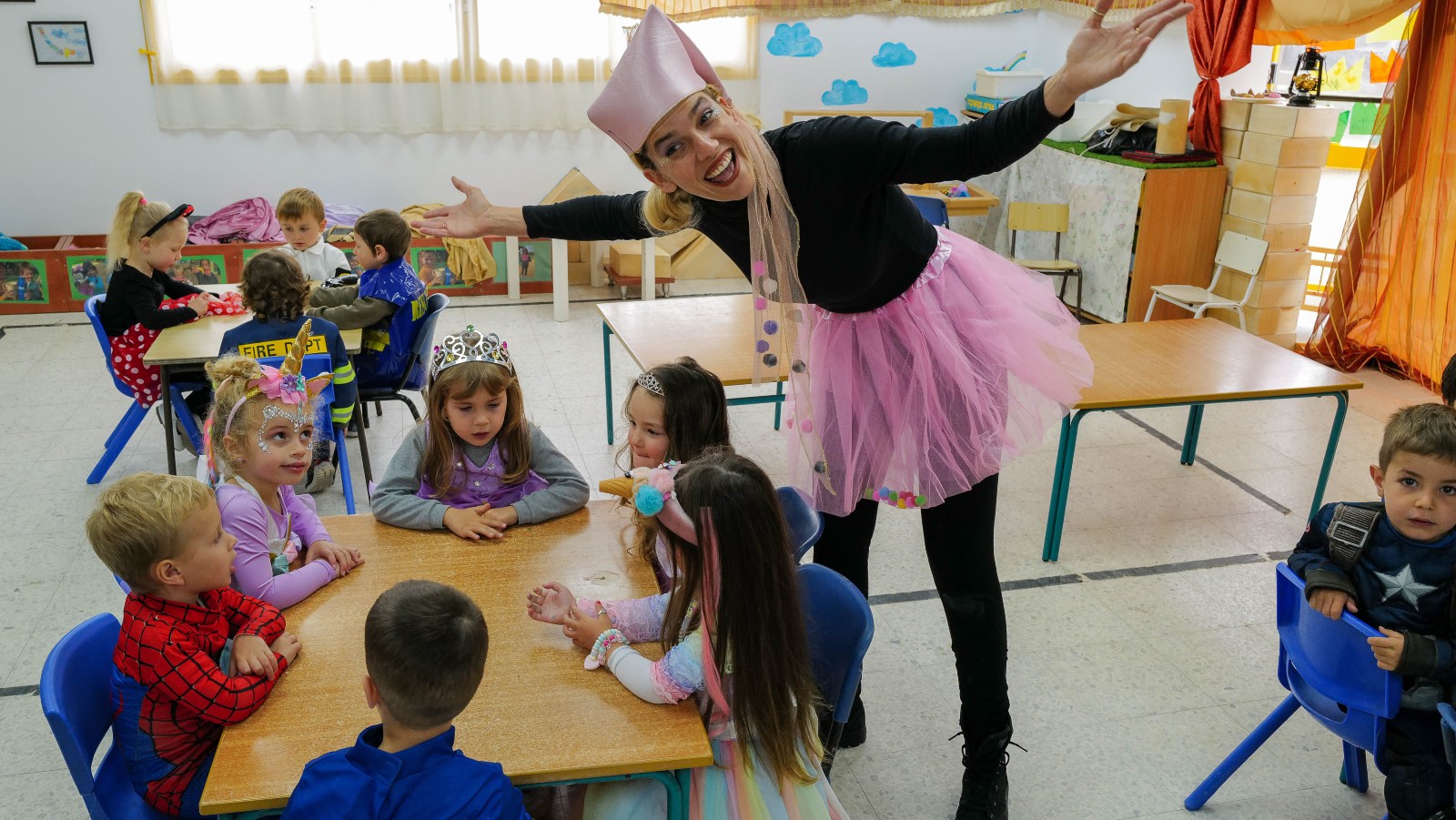 Purim in pictures: A giant masquerade party across Israel

Who are those cowboys and fairies, dinosaurs and life-size clarinets? They’re Israelis of all ages celebrating Purim.

Why were superheroes and princesses of all ages prancing around Israel over the past week? Tradition!

Since medieval times, dressing up in costumes has been a highlight of the holiday of Purim, which celebrates the biblical story of Queen Esther foiling an evil plot against the Jews in the Persian Empire sometime in the fifth century BCE. (How’s that for women’s empowerment??)

Just as Esther hid her Jewish identity from the king until the dramatic crescendo of the story, we cover up in costumes too. 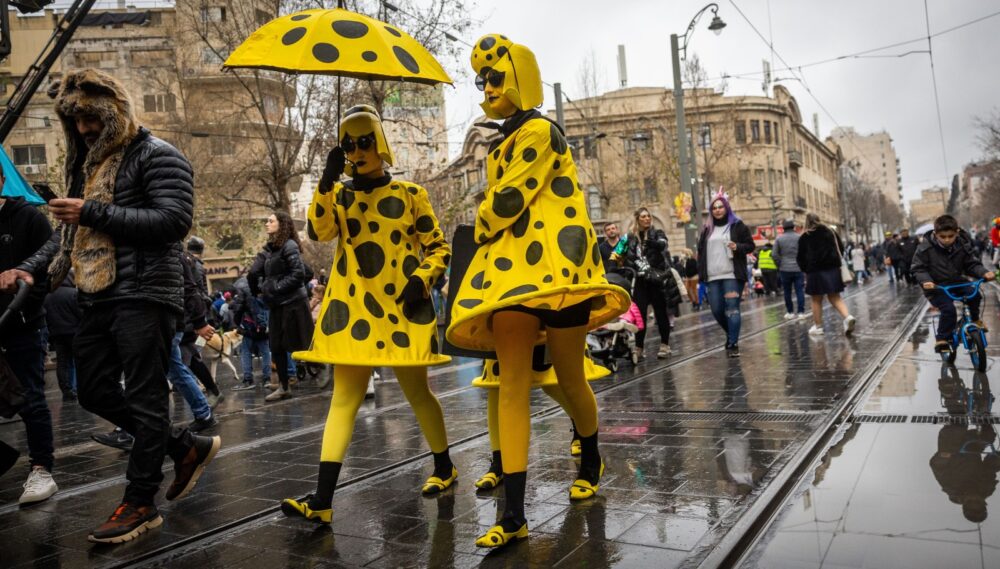 Israelis on Jaffa Road in Jerusalem during the Jewish holiday of Purim, March 18, 2022. Photo by Yonatan Sindel/Flash90

Although Purim is a one-day holiday (this year, corresponding to March 17), it’s celebrated the following day in walled cities such as Jerusalem – and at schools and preschools a few days early because there’s no school on Purim. 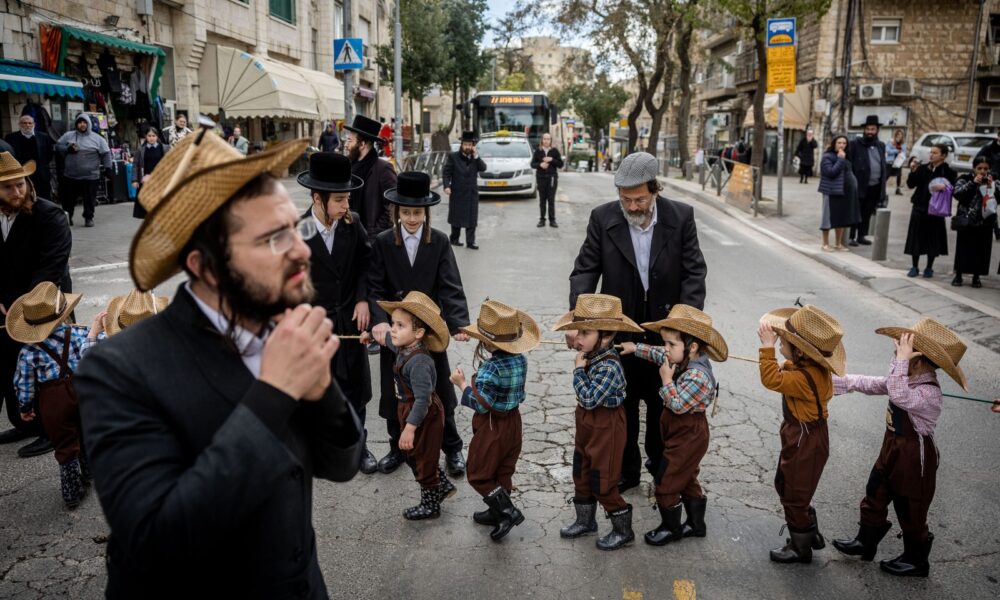 Hasidic children and their teachers marching in Jerusalem ahead of Purim, March 13, 2022. Photo by Yonatan Sindel/Flash90 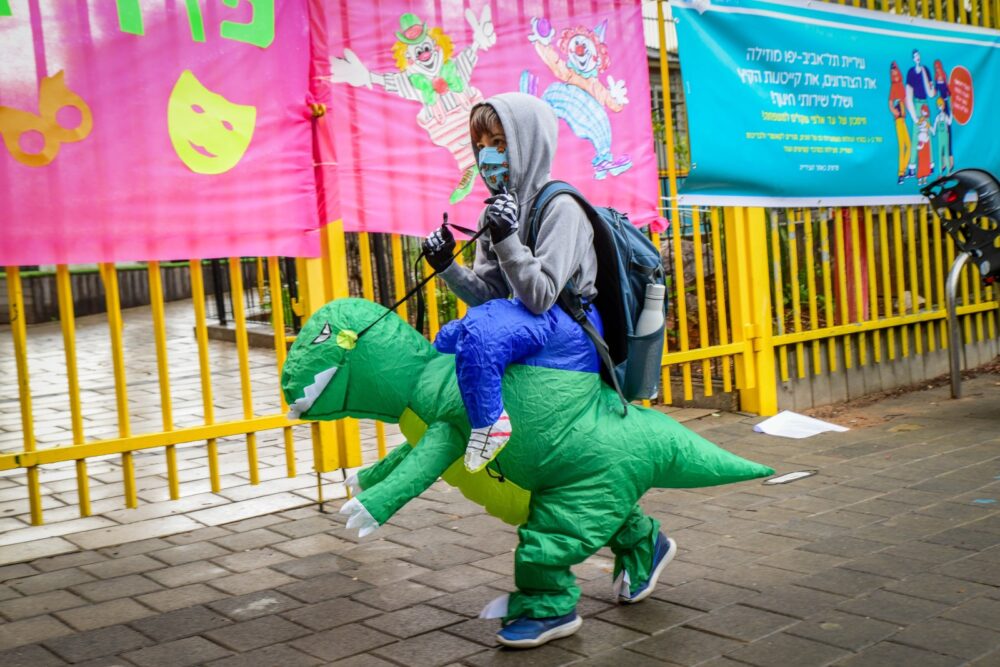 So it’s really like a giant week-long masquerade party across the country, complete with parades and feasts. 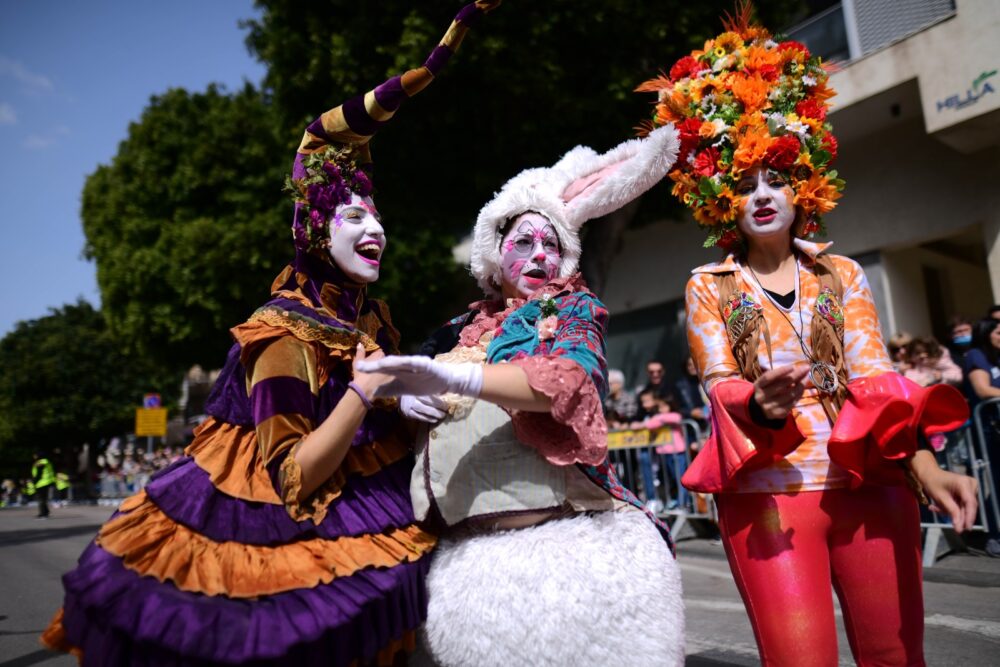 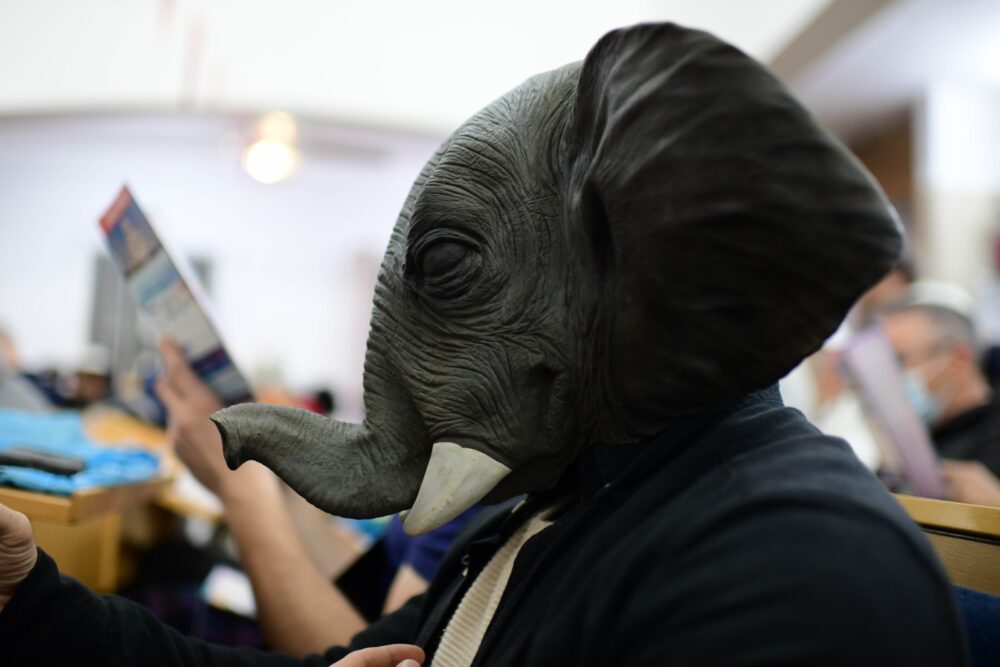 A worshiper in costume at the reading of Megillat Esther (the Scroll of Esther) on Purim at Gvurat Israel Synagogue in Tel Aviv, March 16, 2022. Photo by Tomer Neuberg/Flash90 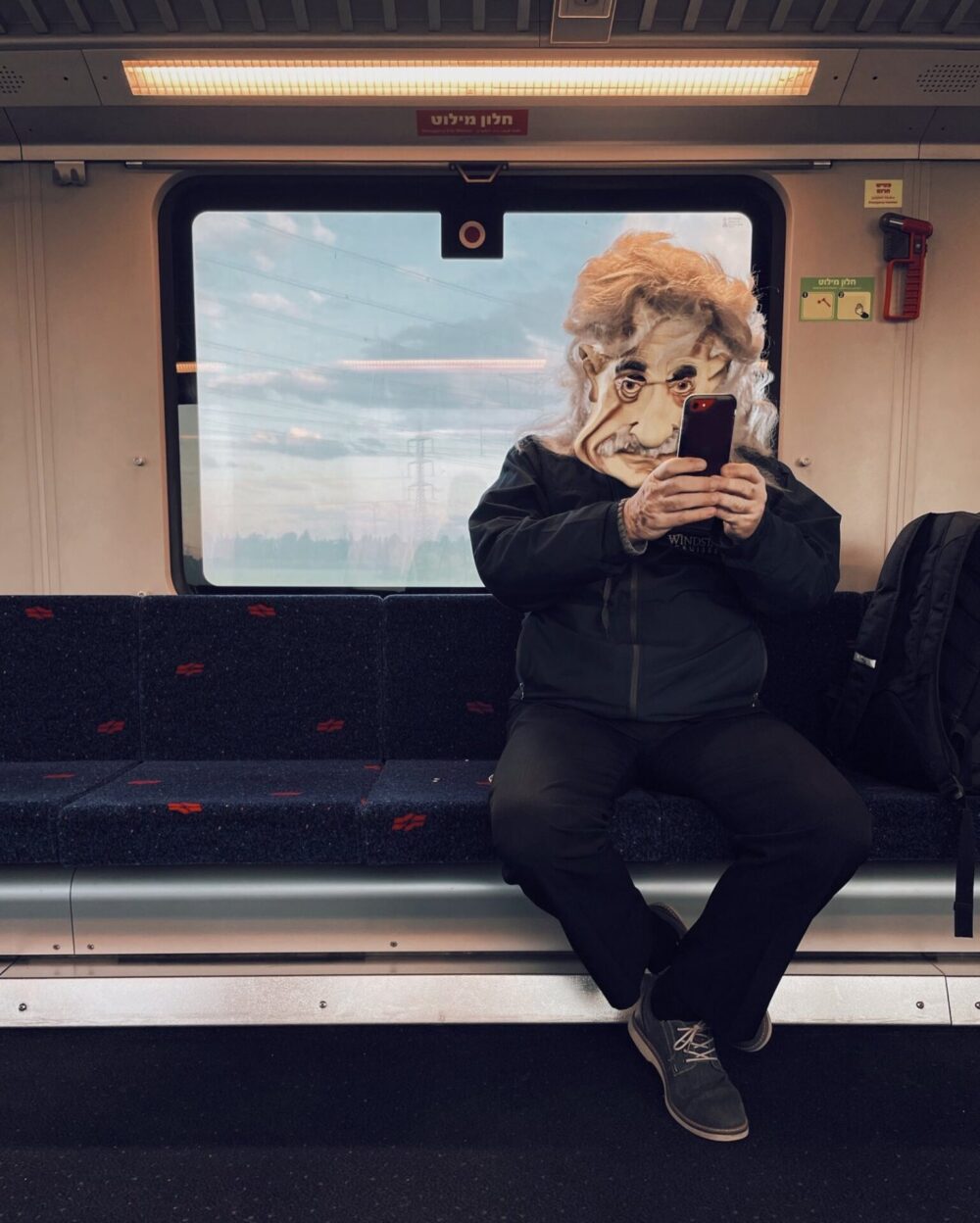 This picture of an Israeli commuter getting into the Purim spirit was chosen as Pic of the Day by #theappwhisperer. Photo by Dina Alfasi 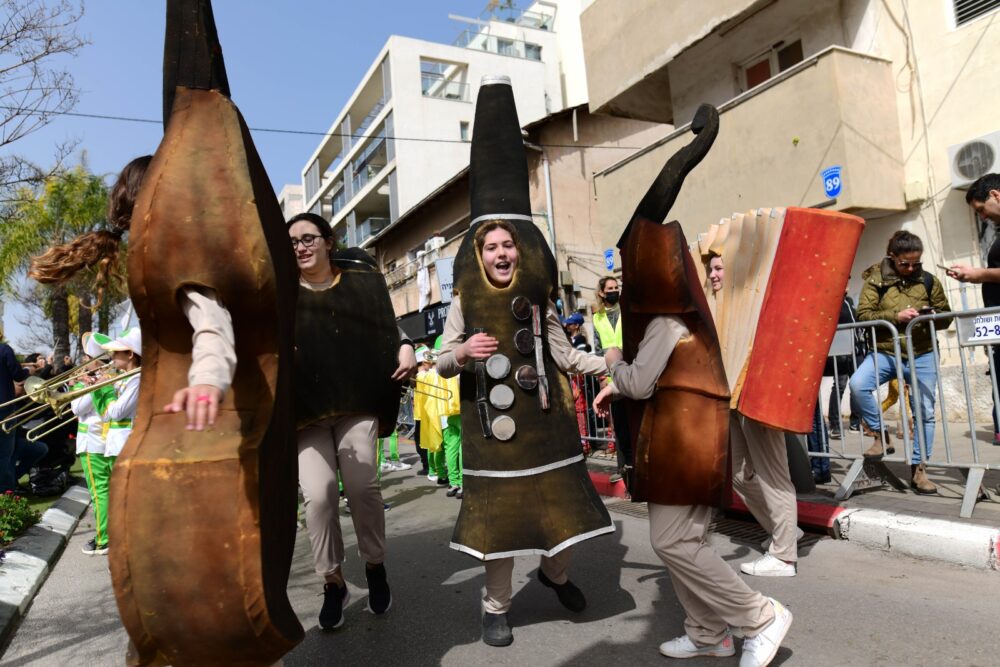 Kids decked out like musical instruments during a Purim parade in Herzliya, March 17, 2022. Photo by Tomer Neuberg/Flash90
Bring Israel's story to life.
Millions of people around the world rely on us to gain a deeper understanding of Israel. We are the trusted source for original content you won't find anywhere else.
You can make a difference. Donate today to support journalism that brings Israel’s story alive.
SUPPORT ISRAEL21c
Concept, design & development by
RGB Media
Powered by
Salamandra