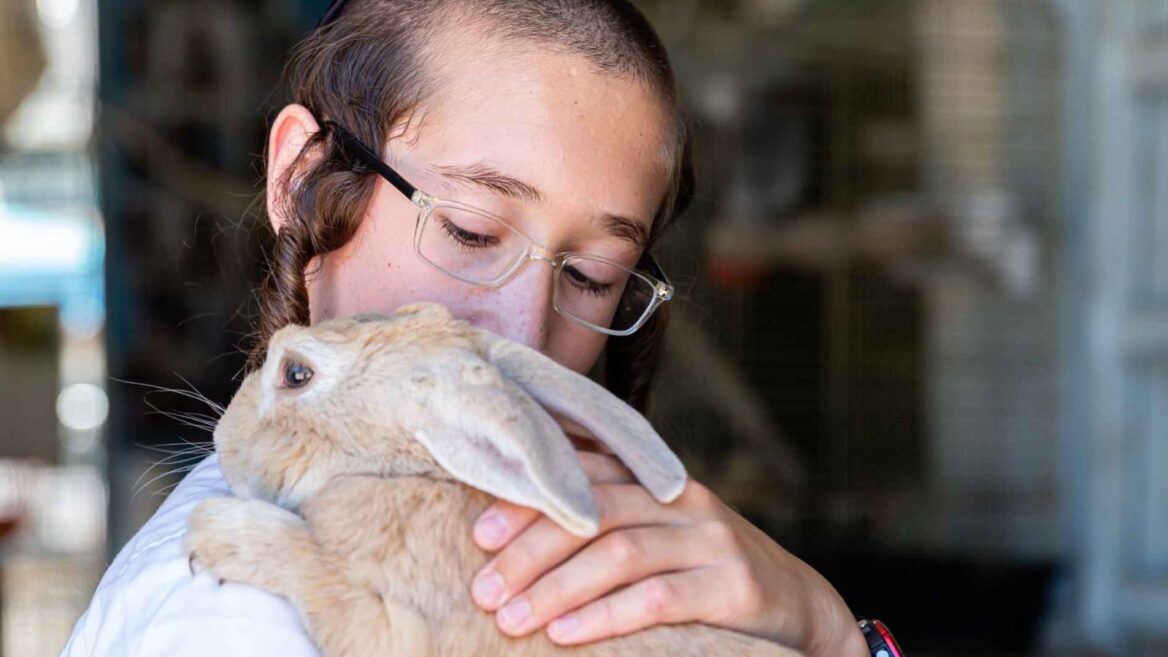 Pet cats and dogs are rare in Israel’s ultra-Orthodox community, not to mention ducks, hamsters and other furry friends.

Yet an unusual exception to this rule can be found in a special-needs yeshiva in the southern city of Ashdod, where a therapeutic petting zoo is the highlight.

Ohel Dov addresses the needs of boys with emotional, social and behavioral difficulties as well as physical difficulties. The curriculum incorporates traditional religious studies with an array of therapeutic activities –including, for example, petting snakes.

“We’re from homes that are completely unfamiliar with animals, but when we started out and carried out the therapy we saw that it’s an amazing thing,” concurs Yonatan Rosen, who established the yeshiva’s petting zoo eight years ago and continues to operate it. 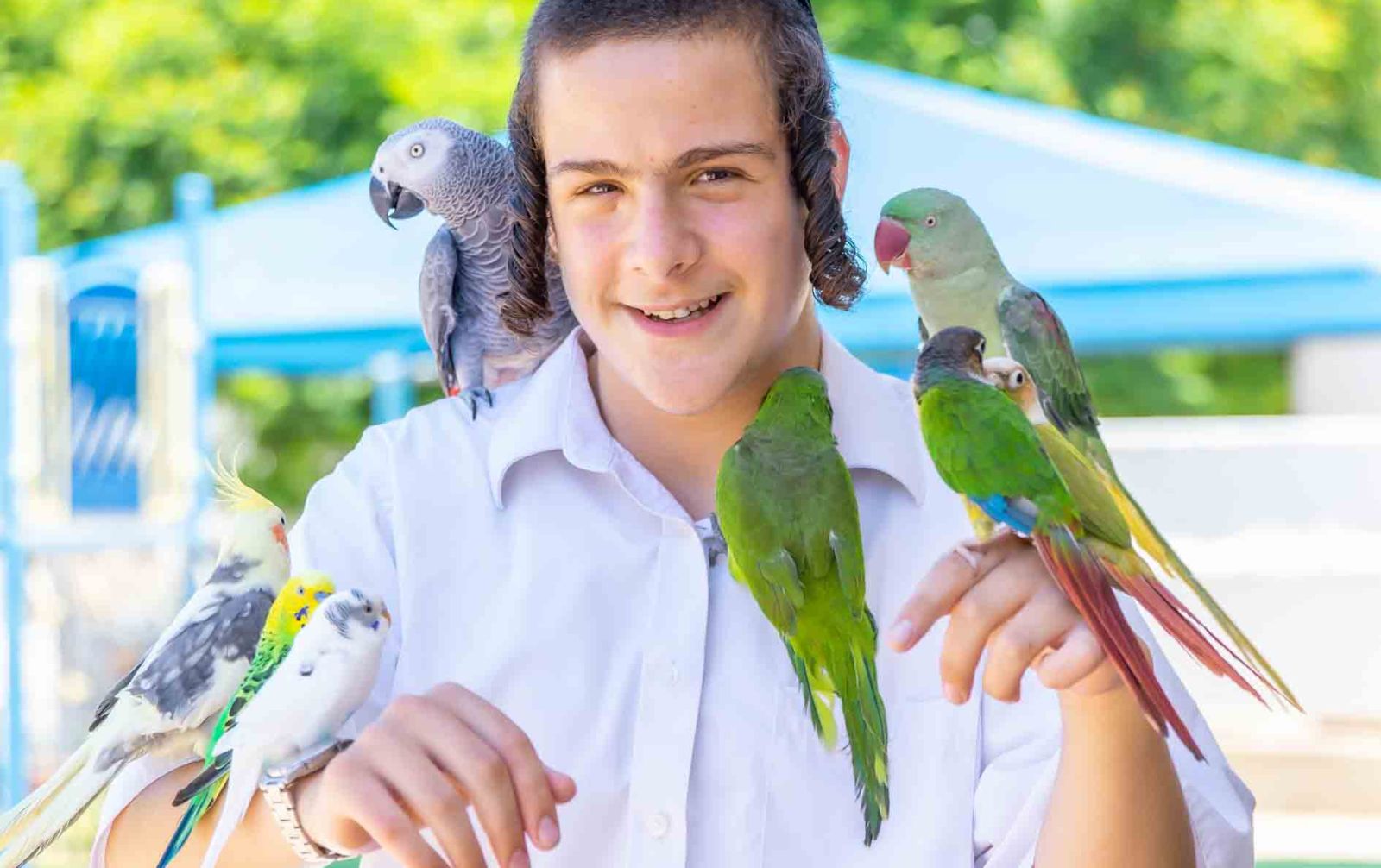 Ohel Dov’s petting zoo includes many parrots that are showered with love and care. Photo by Osnat Edri

What began with a couple of parrots and a few hamsters grew into a full-fledged petting zoo that now numbers some 120 animals, including rabbits, chicks, ducks, hamsters, lots of parrots and a single snake. Previously, the zoo also housed some goats, but these proved too difficult to keep because of the smell.

“What happens in special-needs education is that the students feel that they’re in a society that’s very judgmental toward them and very critical,” Rosen says.

When they come to visit the animals in the zoo, however, “they’ll never get a comment or anything; they’ll always be welcomed.”

The boys’ relationships with the animals, Rosen explains, encourage their sense of self-worth and helps them relax and learn new things about their relations with other people. 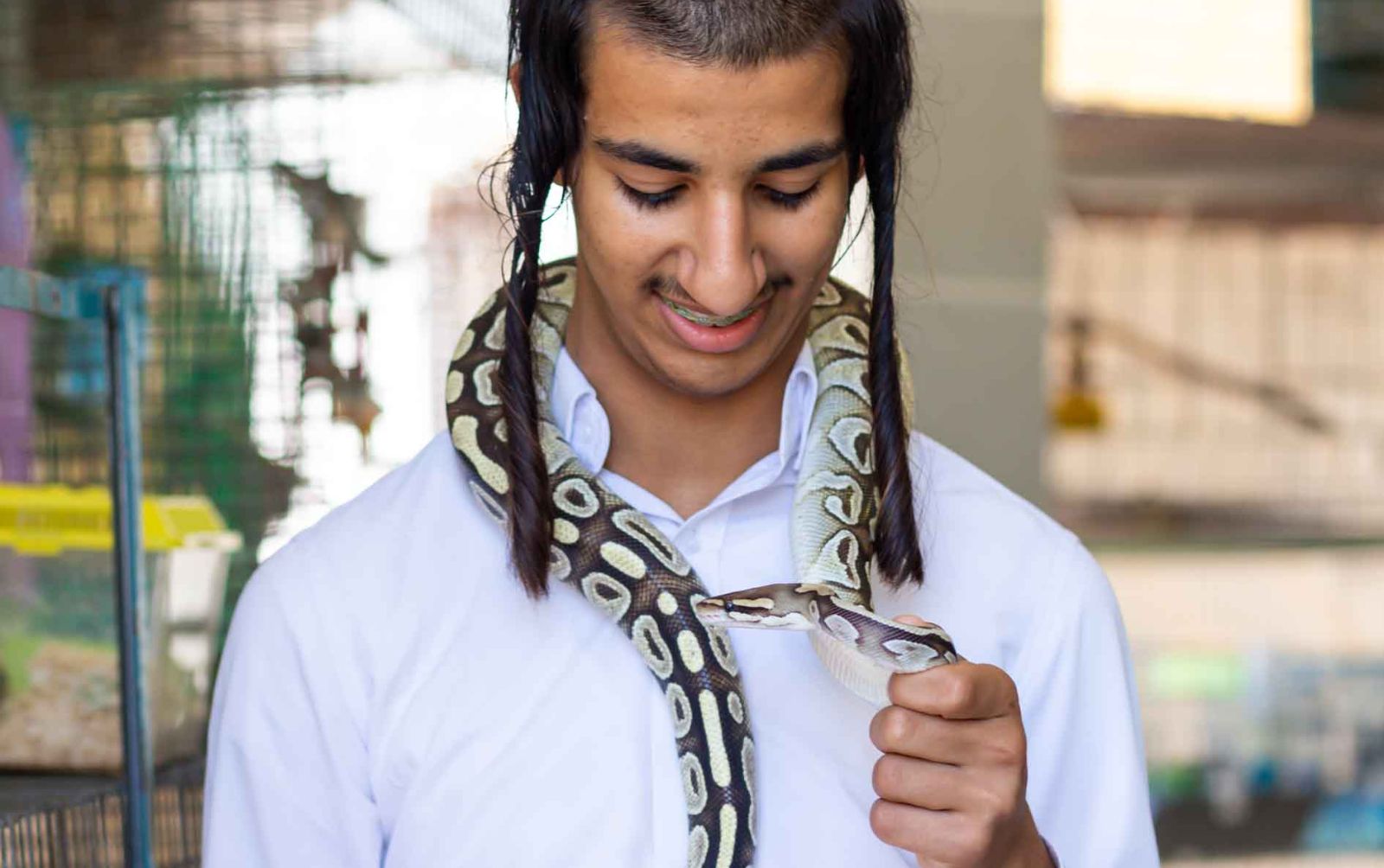 The boys’ relationships with the animals encourage their sense of self-worth. Photo by Osnat Edri

A couple of years ago, Rosen says, Ohel Dov came up with an initiative to nurture animals with special needs as part of the program.

“This way the boys really, really connect with them,” he says. “There’s compassion when they see a hurt animal, they feel their shortages a little and try and supplement it for the animal. It’s very beautiful and blessed.”

A great success of this special-needs animal program, Rosen says, has been a parrot that arrived at the zoo suffering from separation anxiety that led him to tear out his feathers.

“The boys welcomed this parrot with incredible love and put their heart and soul into him. They connected to the story,” Rosen says. “They really tried to convince the parrot how life could be good.”

“The boys really gave the parrot emotional therapy. It was absolutely amazing,” he says. “Suddenly, we started seeing a lot of feedback. The parrot agreed to be touched and petted. He is completely back to his regular self now. All his feathers have grown back, and he really is the boys’ best friend.”

According to Tzohar Halev, Ohel Dov is the only yeshiva in Israel that’s also home to a petting zoo. And in a community so unused to animals, the responses to it have been overwhelmingly positive.

“The parents see how amazing it is and how the children come back home relaxed,” Rosen says. “The parents themselves come to play and pet, and it’s fun for everyone.”

Being around animals, he adds, teaches the boys responsibility. Being around animals gives Ohel Dov students a sense of responsibility and nurtures their communication skills. Photo by Osnat Edri

“Animals create a lot of mess around them that needs to be cleaned up and organized. It’s life skills,” Rosen says. “It’s very, very nice, and the parents really like it.”

“There’s nothing like this kind of love,” he adds. “It’s all being done out of real love for the animal and its situation.”