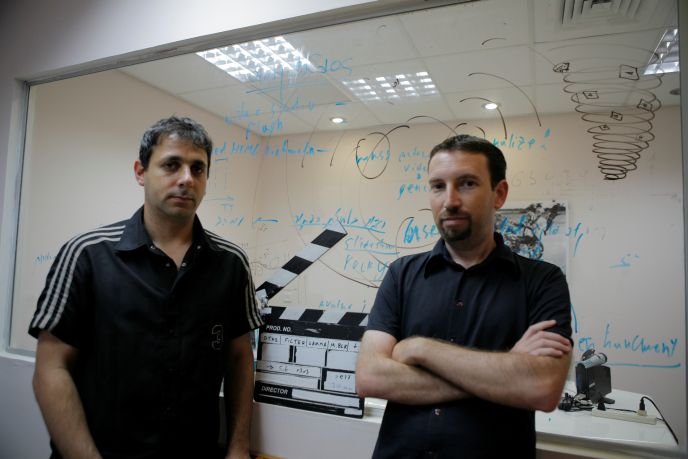 When you think of your phone or Internet provider, the words “great customer service” probably don’t come readily to mind. But that’s what some customers of US telecommunications giant AT&T are saying when they get their bills. That’s because AT&T provides personalized video explanations of those bills, built by under-the-radar Israeli startup SundaySky.

These videos walk customers through their charges line by line to minimize “bill shock.” Customers are greeted by name and shown a copy of their actual bill. The video explains each section clearly and cheerfully. Before the implementation of this technology, many customers would phone an AT&T call center. Each call cost the company more than $10, and customers may still have left frustrated.

For industry insiders, SundaySky is red hot. In early 2013, the company closed a $20 million investment round led by its customer Comcast Ventures. That was on top of previous rounds totaling $17 million led by Carmel Ventures. The staff numbers 140 in two locations: Tel Aviv, where R&D is centered, and New York, the company’s sales and marketing headquarters.

When it was founded in 2007, SundaySky was trying to make it quicker to create large numbers of videos simultaneously.

“Everyone knows how tough it is to render a single movie in a program like iMovie,” explains Yaniv Axen, SundaySky’s CTO. “So when we told people we plan to generate millions of videos at once, people didn’t believe it was possible.”

But Axen, 40, along with co-founder Shmulik Weller, 42, had been living and breathing video since the late 1990s as part of the team at Veon, an early interactive video vendor acquired by Phillips in 2001.

It took SundaySky a couple of years to build its template-based video creation tools. That’s when AT&T came knocking, seeking to create customer videos. SundaySky did AT&T one better: if AT&T would give SundaySky access to its customer information database, SundaySky could weave that into the videos to truly personalize them.

Explaining the bill is only half the value. If the database indicates that a particular customer is signed up for an individual plan, for example, the video can be customized on the fly to offer a marketing upsell for a family line.

The AT&T success led to engagements with other companies.

Home Depot uses SundaySky to personalize videos that appear on the HomeDepot.com website. So, if you’re checking out barbecues, you might see a video for a Weber gas grill. Home Depot doesn’t have to upload and manage hundreds or thousands of different videos; it’s just one video that changes dynamically depending on who’s clicking.

How does SundaySky get the information it needs to customize the videos? Most major websites track what pages you’re viewing using a hidden web file known as a “cookie,” and sell this information to other sites. If you searched on Google or looked at a video for lawnmowers on YouTube, that’s recorded with a unique ID number.

Meanwhile, SundaySky puts out a behind-the-scenes virtual notice that it’s interested in hearing about Web visitors investigating lawnmowers. If there’s a match, SundaySky receives a digital “call” saying, “Would you like to bid on the opportunity to acquire this customer at an auction? If so you have 100 milliseconds to decide.”

If SundaySky wins the bid, it gets the data and can deliver it to Home Depot — just in case the user decides to visit the Home Depot site. No humans are involved in this split-second process.

“When we tell someone what we do, the most common response is that this is science fiction,” Axen tells ISRAEL21c. “But it’s not. It’s happening today with the biggest brands.”

Axen isn’t overly concerned about privacy issues. “Advertising pays for everything you see on the Internet,” he says. “So the question is, would you rather get ads that are relevant for you, or generic ads you don’t care about?”

SundaySky has 70 clients including huge corporations such as Sears, Office Depot, Allstate and AIG. It also has clients in Europe and a few legacy firms, such as cellular provider Orange, from its start in Israel.

Clients pay for the number of times their videos are viewed. The more views a client pays for in advance, the lower the per-view fee. For very large companies, the fee could be in the millions.

And in case you’re wondering where the name SundaySky came from, Axen and Weller were in a rock band when they were younger. “One of our hits had the line ‘Sunday Sky’ in it and we liked it. It had a nice ring,” says Axen.