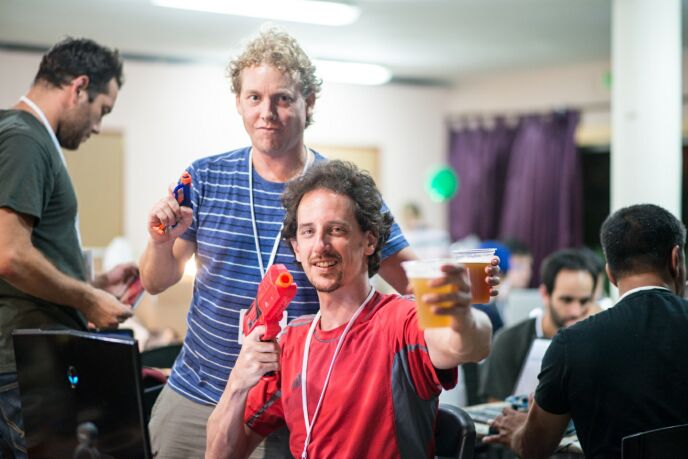 In 2013, Eran Geva and Itay Klein made an anti-paper airplane gun.

In 2013, Eran Geva and Itay Klein made an anti-paper airplane gun.

Garden-variety geeks did not get an invitation to GeekConX, scheduled for September 18-20 near Caesarea.

Organizer Ilan Graicer explains that the 52-hour make-a-thon of utterly useless objects is open only to “the geeks who can take apart a TV and put it back together, whose wives and girlfriends complain that they fill the house with junk.” (Although he notes that about 20 percent of the nearly 200 participants will be female, and he wants to increase that percentage.)

The invitees will be joined by teams from GeekCon’s sponsors: AT&T Foundry, Microsoft, Yandex, Yahoo!, Autodesk, Google and Wix.

And though they will craft nothing of any real value – unless you think anyone would buy a tomato-shooting robot, a beer cooler/musical instrument, a 3D popcorn printer or a kitesurfing simulator – they will likely finish the event with potential business partners for the real world.

Israeli startups that can trace their origin to GeekCon events since 2005 have generated an estimated $160 million in business. The most well-known success story is Face.com, acquired by Facebook in 2012 for $100 million.

There’s another serious side to the beer-fueled GeekCon, Graicer tells ISRAEL21c.

“Part of the idea is that for the last 10 to 15 years, Israel has been too focused on software development for mobile and social stuff. We used to do hardware in this country and we kind of left it behind. We’re trying to get back to hardcore thinking, to stay ahead of the curve,” says Graicer, 47, who’s worked for 20 high-tech businesses including Funtactix, acquired by Warner Music in 2011 – sadly, after Graicer had already left. 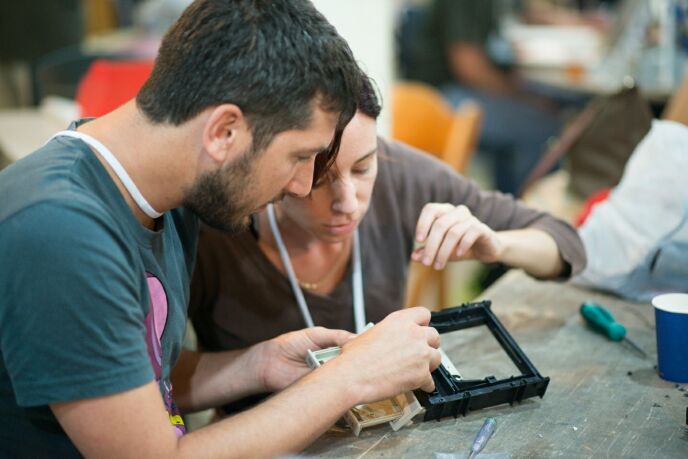 But at its core, GeekCon is about letting imaginations run wild, very wild. The projects presented at the end aren’t even expected to function as envisioned.

“Half the projects fail, which is great,” says Graicer. “In high-tech, you are under high pressure to make something that works, so this is the other way around: Do the most idiotic thing in the most complicated technological way. If your project can become a product, you’re not admitted to GeekCon.”

The idea is catching on elsewhere in Israel, as traditional corporations such as Israel Aircraft Industries and Amdocs have begun holding “innovation days” based on the GeekCon model of letting creative techies play at no risk.

“Most of these people are programmers or have their own startups,” Graicer explains. “Every one of us has a project in mind that if we had time we’d do, like build a spaceship from LEGO, so this is a weekend away from family and job, where you have to do the hardware — the opposite of what you do every day.”

Graicer, 47, is accustomed to thinking and doing out of the box. Aside from his expertise in virtual reality and cybersecurity, he also lectures about single-malt scotch and leads wildlife photography journeys in Africa.

He came up with the idea for GeekCon after helping to organize high-tech guru Yossi Vardi’s second annual Kinnernet “unconference” networking event for Israeli Internet professionals in 2004.

“I met a lot of cool people there, and a lot of us continued to hang out and didn’t want to wait another year to meet again,” says Graicer. 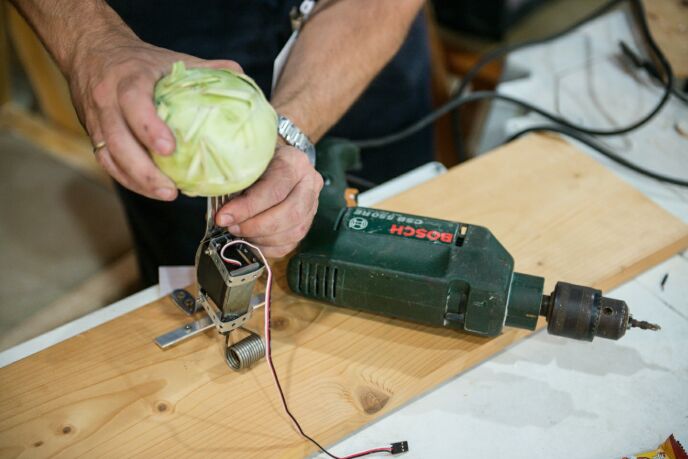 We can’t even guess what this could be.

Along with Eden Shochat, now a partner in the Aleph venture capital firm, and Gilli Cegla of CyberTLV, Graicer organized the first GeekCon for a selected group of about 90 “interesting and weird” people from the software industry.

Last year, Cegla told The Wall Street Journal about GeekCon: “No one comes here for business … but it inevitably comes out of it.’’

No doubt that will be no less true of GeekConX. “A lot of us are doing cybersecurity on the side and there is a lot of correlation. So why not do deals among ourselves?” says Graicer