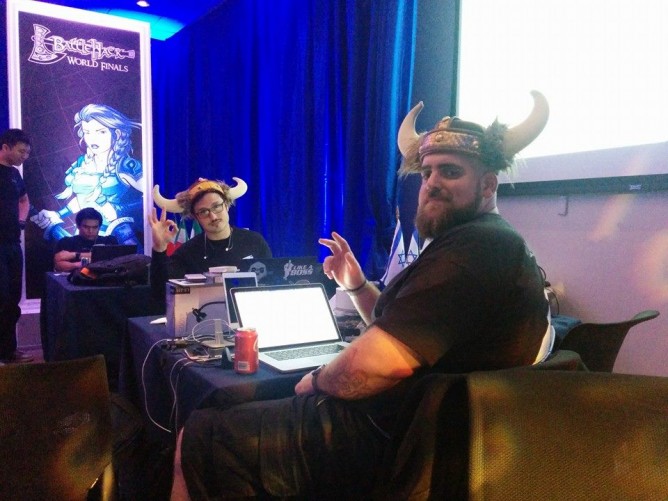 “Geeks” from 14 cities including Singapore, Istanbul, Berlin, Miami and Toronto competed in the final round after winning regional hackathons including one in Tel Aviv, where Paypal has offices. They had to use PayPal and Braintree development platforms to devise a new product or service that offers something positive to the world.

Mishali and Kaminsky’s AirHop would enable mobile phone communication in areas with no cellular reception, or on devices with no SIM cards. Their technology relies on nearby devices that do have reception, and could be useful in cases of natural disasters or other emergencies.

“This idea is like Airbnb for communications,” said Braintree CEO Bill Ready. “There is a development here that a lot of people will want to use. I hope that the winning team will use the money to advance their development.” The cash prize, however comes with no strings attached.

Mishali (CTO at Vidback) and Kaminsky (owner of PK Tech and Cross Fit Panda) originally met at a different hackathon in Israel. For the Tel Aviv PayPal round, they developed an app called Socializer. The app would provide a financial incentive for people to leave their mobile devices off while socializing. Users who do pick up their phone for more than five seconds while the app is activated would be charged a nominal amount through PayPal to be transferred to a charity of their choosing.