On November 29, 1947, the UN General Assembly voted in favor of a resolution, which adopted the plan for the partition of Palestine, recommended by the majority of the UN Special Committee on Palestine (UNSCOP). 33 states voted in favor of the resolution and 13 against. 10 states abstained.

UNSCOP was appointed seven months earlier, after Great Britain, which ruled the country on the basis of a League of Nations Mandate, announced its intent to terminate the Mandate for Palestine, referring the matter of the future of Palestine to the United Nations.

According to the Israeli Knesset website, “The UN Committee reached the conclusion that the Mandate for Palestine should be terminated, and most of its members recommended the establishment in the territory of Mandatory Palestine of an Arab state and a Jewish state, while internationalizing Jerusalem.” 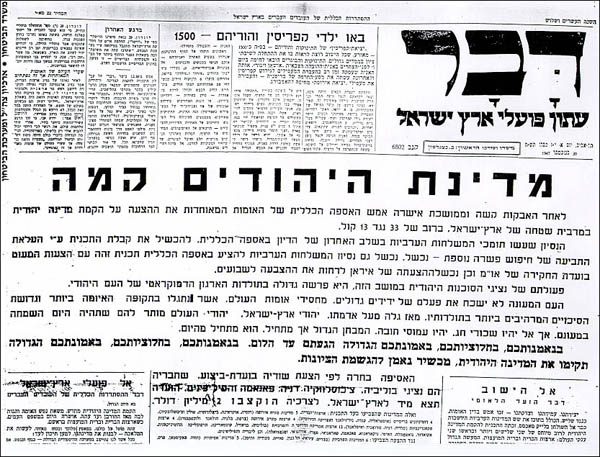 “The partition map proposed by UNSCOP allotted the Jewish state only a small part of Western Palestine. Despite this fact, the Zionist Organization and the institutions of the Jewish community in Eretz Yisrael agreed to accept the plan, since it recognized the right of the Jewish people to a state and not only a “national home” as stated in the 1917 Balfour Declaration and the 1922 Mandate for Palestine.”

“The adoption of the partition resolution by the General Assembly was received by the Jewish community with great joy and thousands went out to the streets to celebrate, even though it was clear that the Arab states and the Palestinian Arabs would embark on a relentless war against the realization of the plan to establish a Jewish state.” 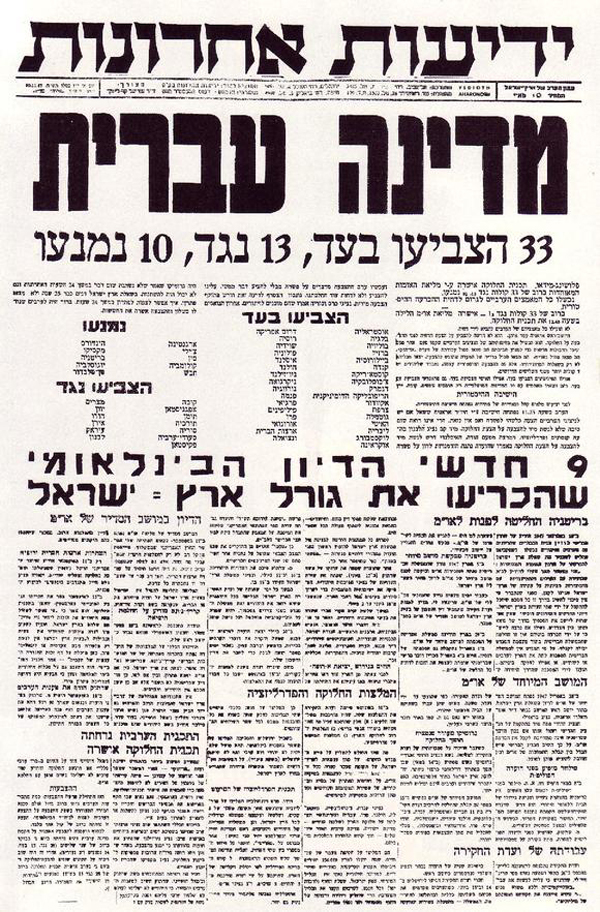 A lovely first-hand account of November 29, 1947 was written in a letter by Zipporah “Tzippy” Porath who later authored a book, “Letters from Jerusalem 1947-1948”. A chapter, reprinted in ESRA Magazine, can be read online, along with photos of that historic night. 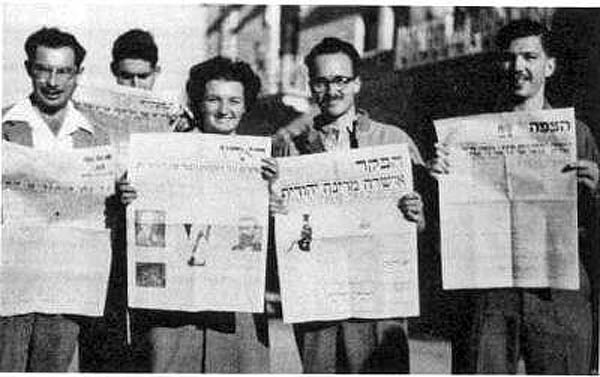 A documentary about the 1947 UN vote on the partition of Palestine.