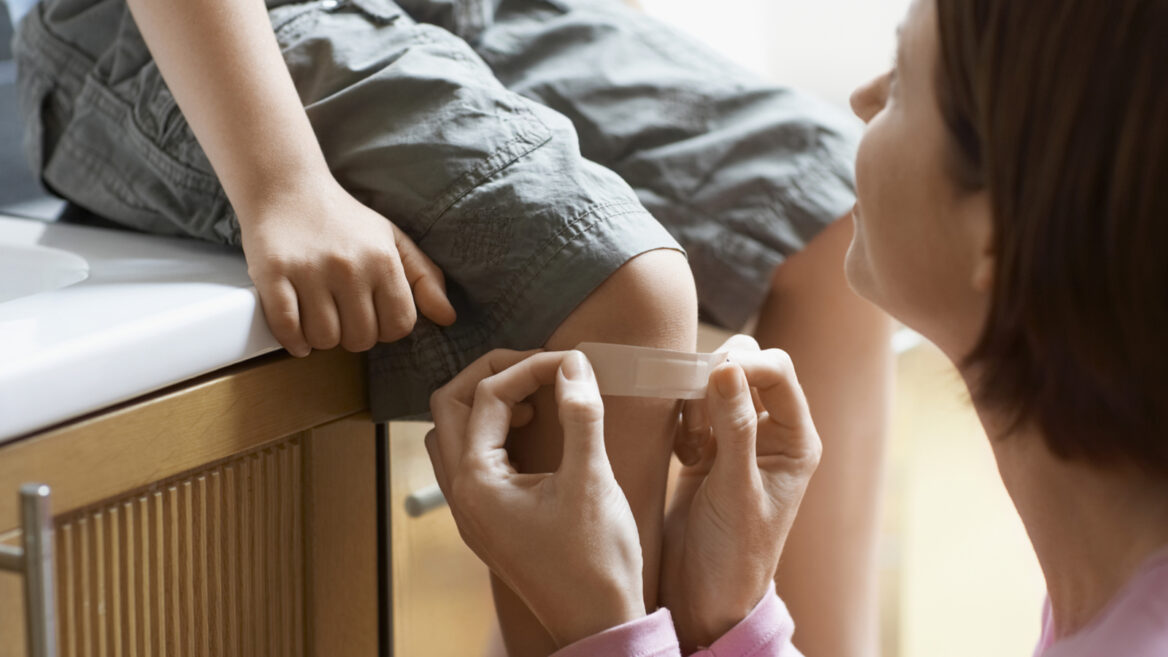 Sometimes the worst part about a cut or scrape is taking off the band-aid. And if the injury is a severe burn or a chronic diabetic ulcer, daily bandage changing can be excruciating.

If you’re wincing in pain at the thought, you’ll be happy to hear about Israeli startup Inteligels,  which is commercializing a technology from Hebrew University Prof. Daniel Cohn that turns a “smart” bandage from liquid to solid and back again.

No more yanking off the bandage – it simply dissolves in response to a trigger such as cool water of a certain temperature.

The bandage is smart in the other direction, too. Instead of sticking this bandage on a wound, you could simply spread it as a gel or spray it on, after which it solidifies.

Cohn is a world-renowned expert on biomedical polymers. A professor at the Hebrew University of Jerusalem’s Casali Institute of Applied Chemistry, he has been working on his liquid-to-solid polymer bandage for the last five years.

He linked up with entrepreneur Alex Brown, now Inteligels’ development director. With a $400,000 seed investment, Inteligels was set up to take Cohn’s SLB (smart liquid bandage) to market.

CEO Yair Sapir tells ISRAEL21c that US FDA and European Union CE approval could come as early as the middle of next year.

While a smart bandage for home use would be nice – and is definitely on Inteligels’ long-term roadmap – the company’s first applications will be for chronic conditions where the pain is severe and sustained.

That was Dan Ariely’s  motivation for joining Inteligels as an advisor.

The noted Israeli American professor of psychology and behavioral economics at Duke University has been obsessed with the topic of why humans make decisions that seem irrational ever since he suffered third-degree burns over 70% of his body as a result of an accident at his high school graduation.

During three years in and out of hospitals and surgeries, he noted that many nurses ripped off his bandages quickly. “It was excruciating but the nurses insisted that tearing the bandages off was the best way,” Ariely writes in his 2010 best-selling book Predictably Irrational.

With Inteligels, Ariely may have found a company with the potential to eliminate the pain of bandage ripping altogether.

Because Inteligels’ smart bandages can be spread or sprayed on, they can cover virtually any shape or size of wound, including hard-to-maneuver and wrap injuries on a joint like the knee, a pressure ulcer on your back, or even inside the body after removal of, say, a polyp, where the bandage can stop internal bleeding.

When the smart bandage polymer hardens, it conforms to the body. To remove it, you can apply an ice pack or wash it off with cool water.

“You can take a shower with warm water and it stays there,” Sapir explains. “The water is not the trigger. The temperature is.”

That makes the bandage more environmentally friendly – you flush it away as a liquid rather than dumping a solid into the trash. Inteligels even has plans for a biodegradable tampon.

Inteligels’ bandages will be transparent, allowing healthcare workers and patients to view the wound underneath.

And the bandages can be a high-tech vehicle to deliver antiseptics, antibiotics or analgesics. The medicine would be delivered when the right trigger is met – a certain body temperature or pH level – and at the right level for a specific patient.

“It’s much more user friendly,” Sapir says, comparing Inteligels’ product with smart bandages that have a layer of medication but no triggered release. 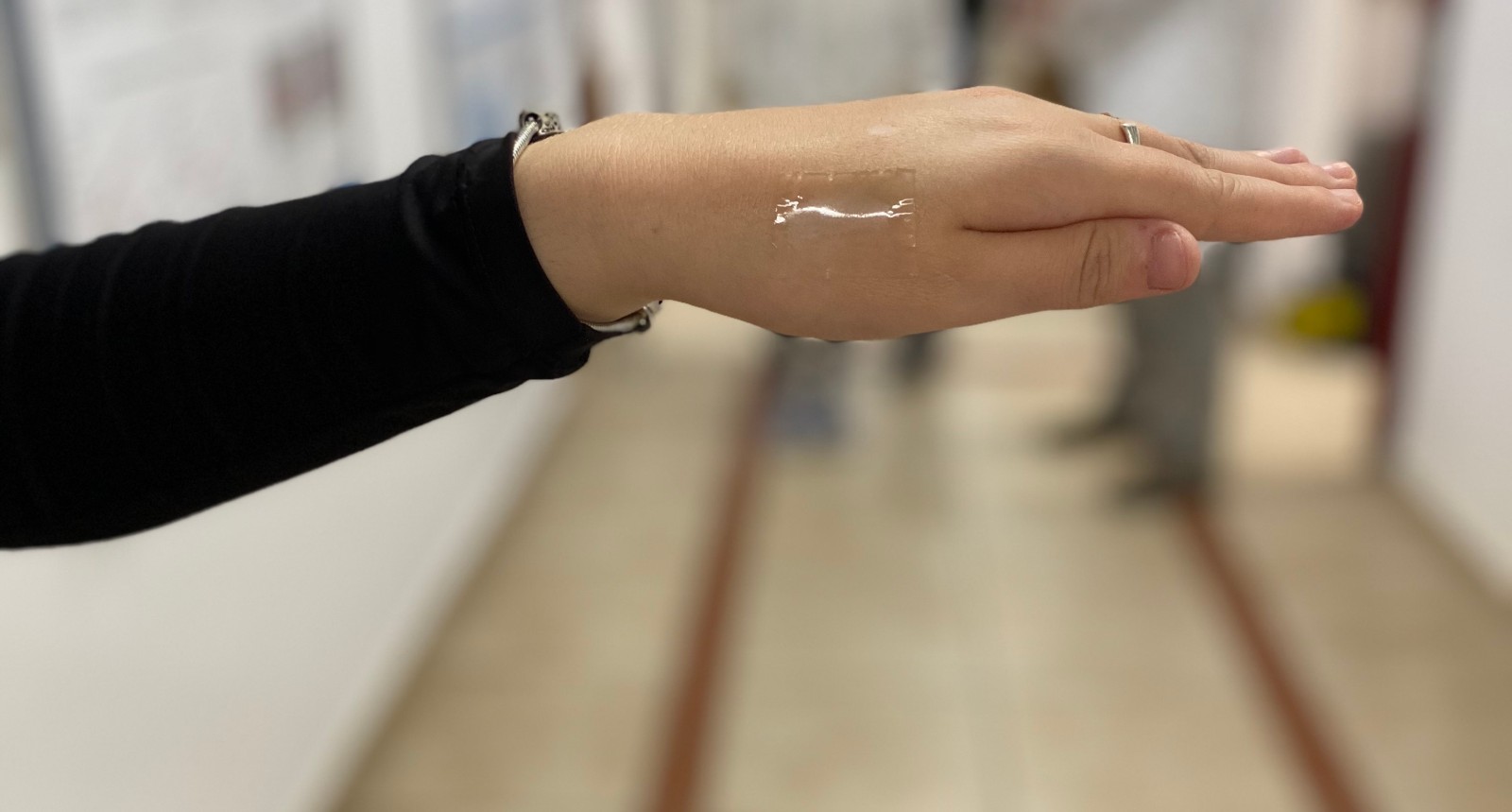 Plus, you still have to rip off the bandage at some point.

Sapir shares the example of patients who need to treat diabetic ulcers. It’s a daily struggle, he says. “The process of putting it on the ulcer, then taking it off for the next session creates a lot of stress. The patient feels that stress even before ripping off the bandage. If you could wash the bandage off the ulcer instead, it has a real impact on emotional well-being as well as physical pain.”

Inteligels has just a couple of full-time staff; all the R&D was done in Prof. Cohn’s lab. The company is currently raising a $2 million round. Although the Covid-19 crisis has made it tougher to raise money and impossible to present new products at medical conferences, interest in medical startups is higher than ever.

Sapir’s background is in managing clinical trials. He did that at Brainsgate, which is developing treatments for stroke, and before that at Neuronix, which is building a medical device to help patients with mild-to-moderate Alzheimer’s disease improve their cognitive functioning.

Inteligels is working with an unnamed US medical provider to get its smart bandages into clinics and home care. And it is in advanced beta testing with a German veterinary group that has been testing Inteligels on farm animals and pets.

Animals would benefit from a liquid-to-solid bandage, Sapir says. “You wouldn’t have to shave the animal’s body or wrap the whole leg. It just sticks to the body, then stays flexible, so the animal doesn’t try to pull it out.”

Ultimately, a flexible bandage that dissolves in water sounds like just what the 21st century doctor ordered.