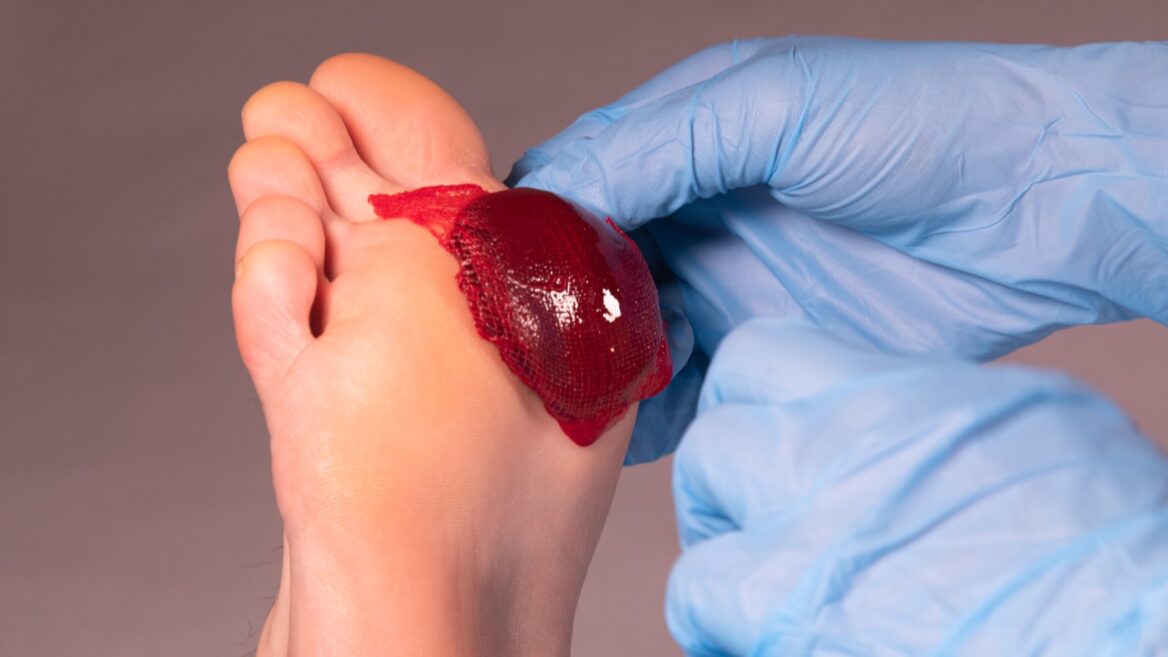 ActiGraft forms a blood clot outside the body, using the patient’s own blood, and is applied to trigger healing in a chronic wound. Photo courtesy of RedDress

The body’s mechanism for healing wounds is quite miraculous.

The wound bleeds. The blood coagulates and forms a clot. The clot sends a biologic signal triggering a cascade of actions that protect against infection and bring blood cells bearing materials to build new tissue in place of the damaged tissue.

Usually, this amazing process happens underneath the scab that forms over a wound and it’s all over pretty quickly.

But many people have chronic, nontraumatic injuries that never heal. These wounds form too gradually to set off the signal and not enough blood flows to the site.

ActiGraft, invented in Israel, is a unique wound-care product – a blood clot that healthcare providers produce in just 12 minutes from a vial of the patient’s whole blood mixed with a special reagent inside a coagulation mold.

Applied on the wound, this newly created blood clot jumpstarts the natural protecting and healing process that failed to begin before.

“ActiGraft tricks the body into thinking this chronic wound is a new wound that it needs to start healing,” says Alon Kushnir, CEO of RedDress, the company he founded to develop this one-of-a-kind device with his father, physician and medical device inventor Dr. IgalKushnir.

The ActiGraft kit, containing everything needed for the bedside treatment, has FDA and CE clearance and is sold in the United States and 15 other countries including Israel.

Healing instead of amputation

“The first market we got FDA clearance for is untreatable diabetic foot ulcers. All our studies were done on these types of wounds,” Kushnir explains.

“There was one woman whose toes were amputated but the wound wouldn’t heal. She was hospitalized for four months and was scheduled for a further amputation when we stepped in. After less than two and a half months, she walked home.”

“Our marketing strategy is to ask physicians for the worst wounds they gave up on. Those are the ones we want to treat,” Kushnir says.

“I got a call from a physician in Italy recently about a diabetic ulcer he’d been treating for 12 years. ActiGraft healed it completely in five weeks.”

The treatment can be repeated once a week until the wound heals. Even the first application eases pain and starts the process.

“I was impressed with the … consistent improvement in wound healing week to week with ActiGraft,” said Dr. Claire Shernoff of Melrose Surgical Associates in Massachusetts. “Another benefit was the significant decrease in pain my patients reported early in their treatments.”

Similar testimonials are coming into RedDress from doctors and patients in several countries.

“We solve a problem that cannot be solved by any other technology, and we can teach the procedure to the healthcare provider via Zoom in 20 minutes,” Kushnir tells ISRAEL21c.

He notes that people often die from chronic ulcers because they get infected easily, while amputation decreases life expectancy by an average five years. It’s therefore no exaggeration to say that ActiGraft can save lives.

From burns to chronic wounds 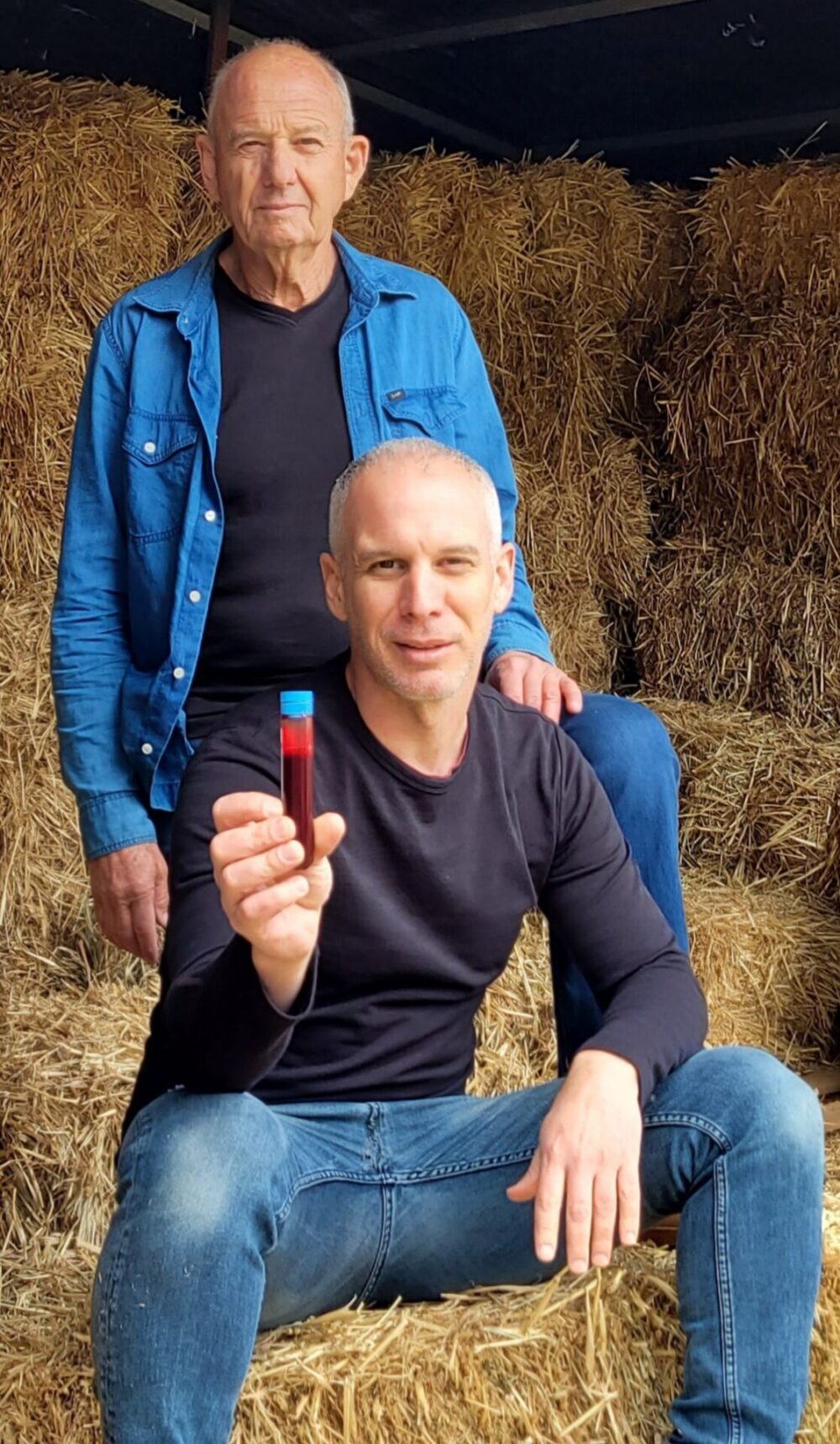 The idea for ActiGraft was originally for treating burns.

“In 2009, my father was managing an eldercare home and came up with a treatment where he’d coagulate a patient’s blood into sheets, freeze it and place it on burns during the first 10 days when you want to reduce pain and the possibility of infection,” Kushnir relates.

“I looked at this from the business side and I saw that burns are a very small market. I said, ‘Maybe your idea can be viable for chronic ulcers.’ So we tried it in a nursing home with Dr. Doron Garfinkel,” a well-known Israeli geriatrician and palliative care physician.

“Within two months, we knew we had something game-changing,” Kushnir says. (Results of this study were published here.)

RedDress was a side gig for the Kushnirs until 2017, supported by investments from friends and family as the father and son tweaked the technology.

“Once we understood what we had, we went to the FDA and that was the trigger to start the company and leave our other work,” he says.

The company will next target nondiabetic chronic wounds, which include venous, pressure and post-surgical ulcers.

“I endorse Actigraft as it uses the body’s own healing cascade to help initiate the wound healing process and has a unique role as a topical dressing in the wound-care space,” said Dr. Bryan Doner of D&P Medical Group in Pittsburgh, Pennsylvania, a practice specializing in wound care, hyperbaric medicine, clinical research.

In Israel, RedDress expects its products to be available in all four national HMOs by June following successful trials. In countries such as the United States and Germany, reimbursement and insurance coverage are in place for ActiGraft.