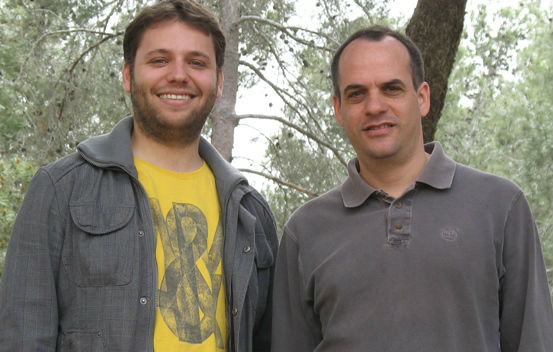 Hebrew University of Jerusalem researchers have shown that the different genes involved in autism tend to be involved in specific processes in the brain. The scientists say their study has potential implications for early diagnosis as well as for treatment of autism in the future.

Autism spectrum disorders are neurodevelopmental syndromes characterized by social deficits, language impairments and repetitive behaviors. Recent studies indicate that autism is considerably more common than previously supposed, with a prevalence rate that is as high as one percent in some regions.

HU scientists Dr. Sagiv Shifman and his doctoral student Eyal Ben-David of the Department of Genetics at the Alexander Silberman Institute of Life Sciences set out to test the contribution of rare genetic mutations, as well as the genetic variations which are common in the population, and to see whether these different types of genetic risk factors are related. Instead of testing individual genes, the researchers chose to study gene collections, in an attempt to understand general pathways involved in autism.

The scientists constructed a network based on the expression pattern of genes across different brain areas. This allowed them to discover groups of genes with shared function in the brain. Next, based on genetic data from thousands of families with autistic children, the researchers studied the contribution of different groups of genes to autism.

To their surprise, they found — when looking at mutations found in autism as well as thousands of common gene variants that are more frequently seen in autistics — that these mutations and variations are located in specific functional groups.

The study was recently published in the journal PLoS Genetics.

Israeli research in autism is internationally recognized and the first global research and education center for autism is now being built in Jerusalem.

The Hebrew University scientists believe that their work could pave the way for large-scale genetic scans in the future that could allow for early diagnosis of autism.

UNCOVER ISRAEL - Get the ISRAEL21c
Weekly Edition free by email
Sign Up Now!
Bring Israel's story to life.
Millions of people around the world rely on us to gain a deeper understanding of Israel. We are the trusted source for original content you won't find anywhere else.
You can make a difference. Donate today to support journalism that brings Israel’s story alive.
SUPPORT ISRAEL21c
Read more on:   News, Autism, Research, Hebrew |University of Jerusalem