When I was in college, I attended a concert by the late artist Prince. It was so loud that, for weeks afterward, I had ringing in my ears and my hearing was muffled.

My hearing eventually came back. Tomer Shor’s father was not so fortunate.

While serving in the Israel Defense Forces, he mistakenly forgot to wear his earplugs once while shooting his rifle. The loud noise affected his hearing but, like me, he recovered. When it happened a second time, though, the damage became permanent.

“Growing up, I saw him struggle with daily actions, using the phone, watching TV or listening to Waze in the car,” Shor tells ISRAEL21c. “Everyone else would hear ‘turn left in 200 meters,’ but he’s still going straight!”

When Shor enlisted in the army himself (he served in the IDF’s prestigious 8200 technology unit), “I saw that this was not a normal way to grow up, that not everyone was shouting across the room with the TV turned up all the way.”

Shor decided to dedicate his professional life to audio engineering. He quickly discovered that no two people hear in the exact same way. 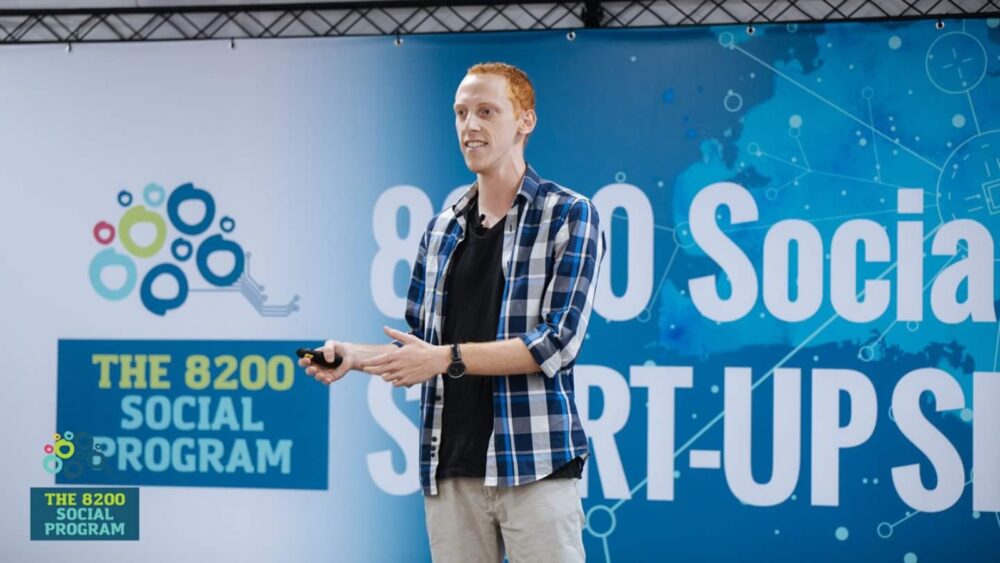 “Hearing is a very individual experience,” he tells ISRAEL21c. “Like fingerprints, people have unique ‘earprints.’ It’s not that either you can hear or you can’t. Some people can hear lower frequencies better while for others, they are more easily able to process higher frequencies. But when we listen to digital audio, whether through a laptop, on headphones or via a smart device, we all get the same audio stream.”

Shor gives the example of Spotify. “If you and I listen to the same song, we’ll get the exact same audio stream even though we hear different things. We decided to close this gap – both for people with hearing loss and to improve the audio experience for everyone.”

Hearing test on a smartphone

The first step towards personalizing audio is a hearing test. Today, hearing tests are done in a clinic, where you’re in a quiet chamber and are presented with different frequencies and amplification levels. You tap or raise your hand to indicate what – or whether – you’ve heard.

Shor and Yoav Blau’s startup, the whimsically named Tunefork, uses technology and algorithms to replicate the hearing test on a mobile phone.

“It’s not exactly the same, but we try to get close to the traditional method. We worked on this for years with hospitals and clinics to get to the highest standard,” Shor says. 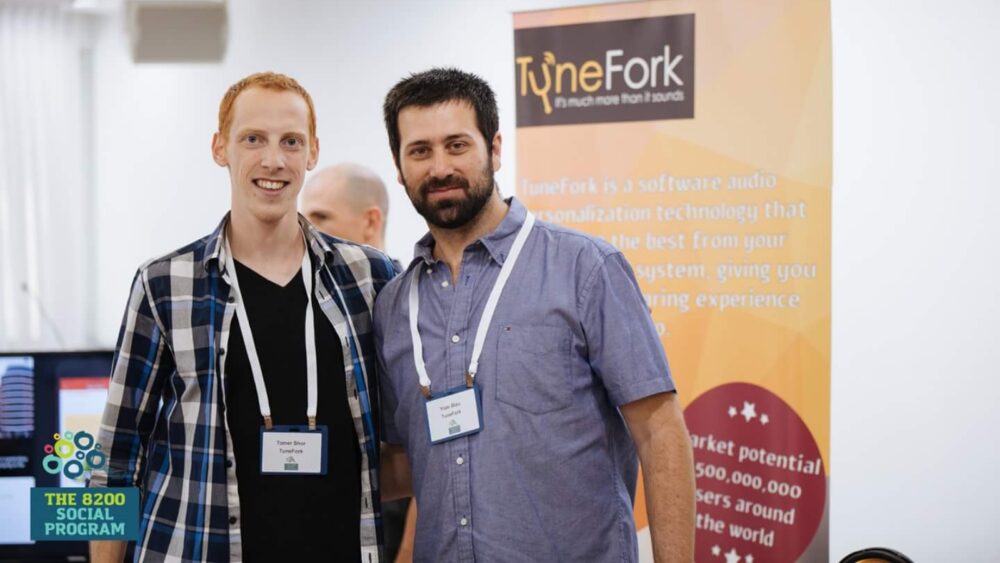 A hearing test on a phone also needs to be quick and fun. If it takes an hour of tapping on the screen, most users will bail, even if the results are for their own benefit.

“Our next step will be to ‘gamify’ the test, to make it even shorter and more user friendly,” Shor adds. A demo is ready and Shor is now working to patent it.

Recreating a hearing test on a home device also addresses the fact that, according to Shor, less than 25% of people who would benefit from a hearing aid actually use one. Many people find the process daunting.

“We allow people to test themselves at home in a shorter time and we are able to provide them with a concise explanation of the results, to help them better understand their situation,” Shor notes.

Once Tunefork has determined your earprint, the aim is to adjust the audio coming from a device to the individual’s needs. (“We amplify only the frequencies and sounds that need to be. We don’t just push the volume up,” says Shor.)

To do this, Tunefork is seeking partnerships with manufacturers of hearing aids, smartphones and headphones, and software companies such as Zoom and YouTube. Although Tunefork does offer a consumer app, it’s intended as a proof-of-concept tool. 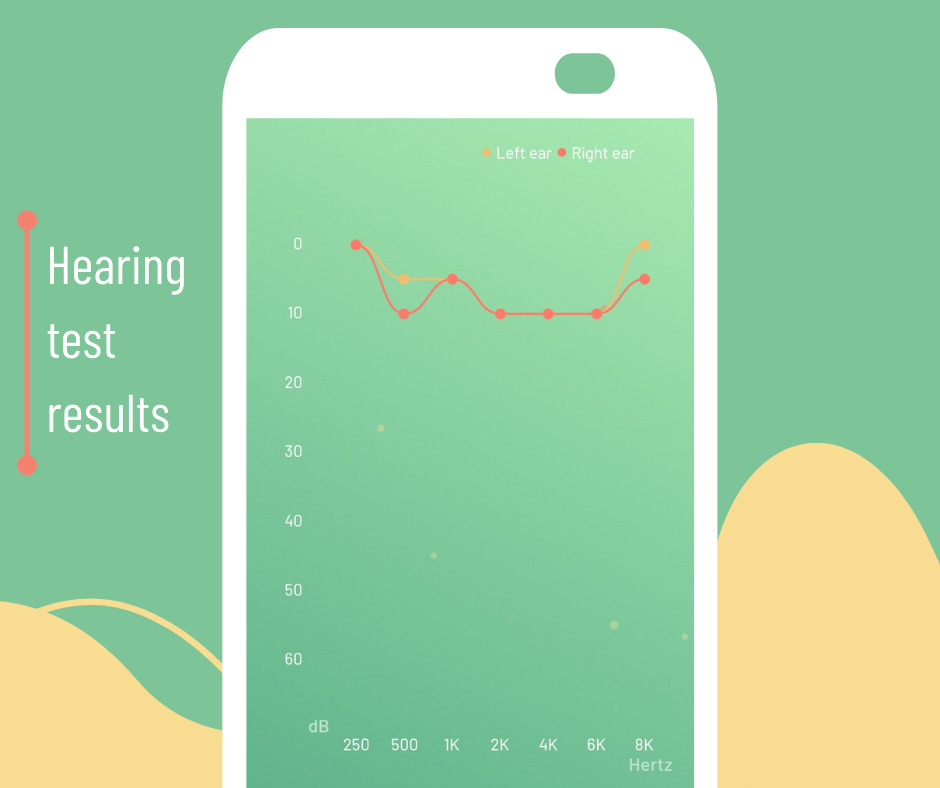 “We are a B2B company. We license our technology to smartphone and headphone manufacturers, app developers, music and video software programs, to allow them to provide their users with more personalized audio streams,” Shor says.

Tunefork plans to allow users to store their earprints in the cloud.

“If you switch headphones you won’t have to create a new profile. You just click a button and get personalized audio. That’s why taking the test is the most important thing,” Shor says.

Tunefork has won dozens of prizes in startup competitions and attracted $2 million from investors in Israel, Europe and the United States. The company employs six people in its Tel Aviv office. 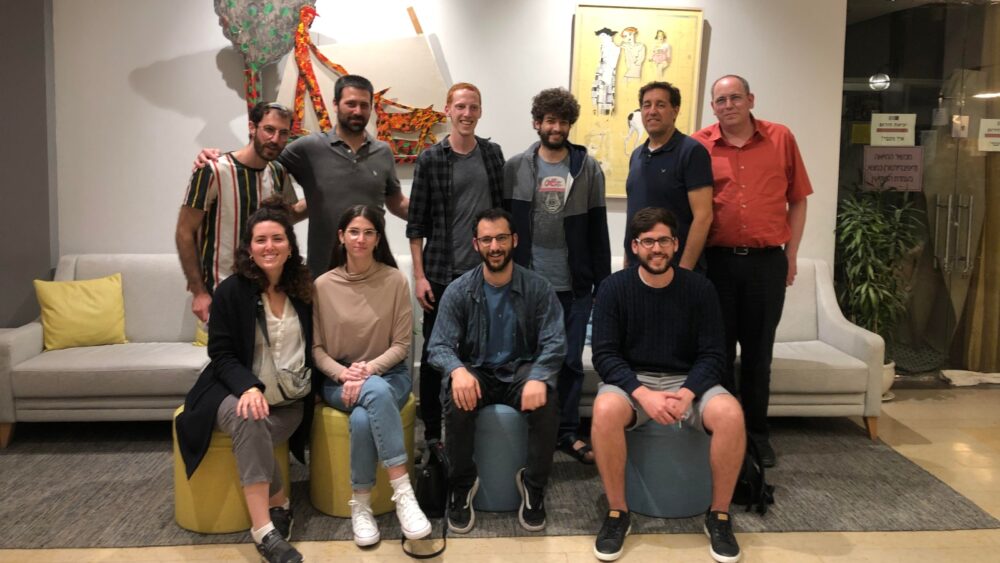 Product development is finished, Shor says, and the company is now “working on getting our first customers to license the technology.”

Tunefork is not without competition, some of it quite well-funded. Mimi, based in Germany, just raised $25 million. SonicCloud in the United States (not to be confused with SoundCloud) is another, although these two are B2C companies selling their own apps to consumers.

So, what makes Tunefork different?

Shor points to Tunefork’s collaboration with Sheba Medical Center to develop and test the app according to stringent hearing clinic standards.

“We have the endorsement from one of the top 10 hospitals in the world. If you work with us, you can be sure you’re getting a reliable product. We test and validate all the relevant parameters.”

Shor says that Sheba’s digital health innovation ARC Center wants to use the Tunefork app to perform remote hearing tests via a smartphone.

“In the same way they send a device home to measure blood pressure, this would be used to test a patient’s hearing.”

When will we likely see Tunefork personalized audio in the market?

“Headphone manufacturers tend to release a new model every year, so if Sony were to say ‘Yes, let’s do it,’ it would take about 12 months before they release the software with the latest headphones,” Shor says.

“We are talking with several manufacturers, so hopefully it will be available by mid-2023.”

If it seems confusing that Tunefork is meant both for people with hearing loss and for improving audio quality for all listeners, Shor reminds us hearing is not binary.

“We’re all on the spectrum. Every day, we lose some hearing,” he says.

Just try not to accelerate it by attending too many loud concerts!