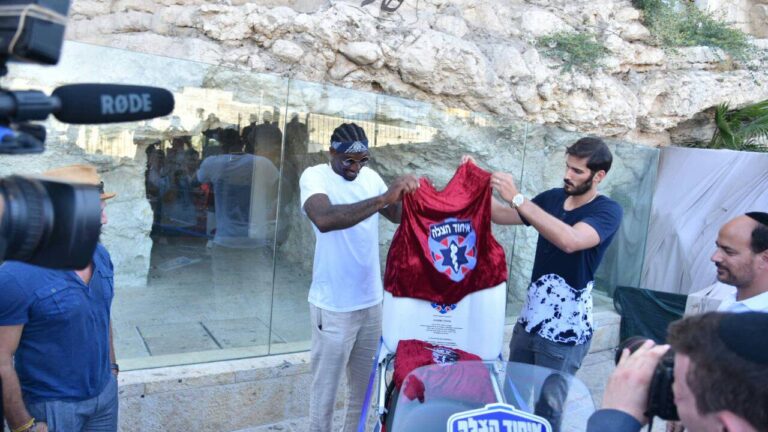 Amar'e Stoudemire and Omri Casspi at the ambucycle dedication in Jerusalem on August 5. Photo courtesy of CharityBids

“I’m so excited for the 2nd annual Omri Casspi Foundation trip to Israel,” Israeli native Casspi wrote on Instagram. “Our group this year includes celebrities from different platforms — NBA, WNBA, UFC, Hollywood, so we can reach the most diverse populations, and show to the world how beautiful our Israel really is.” 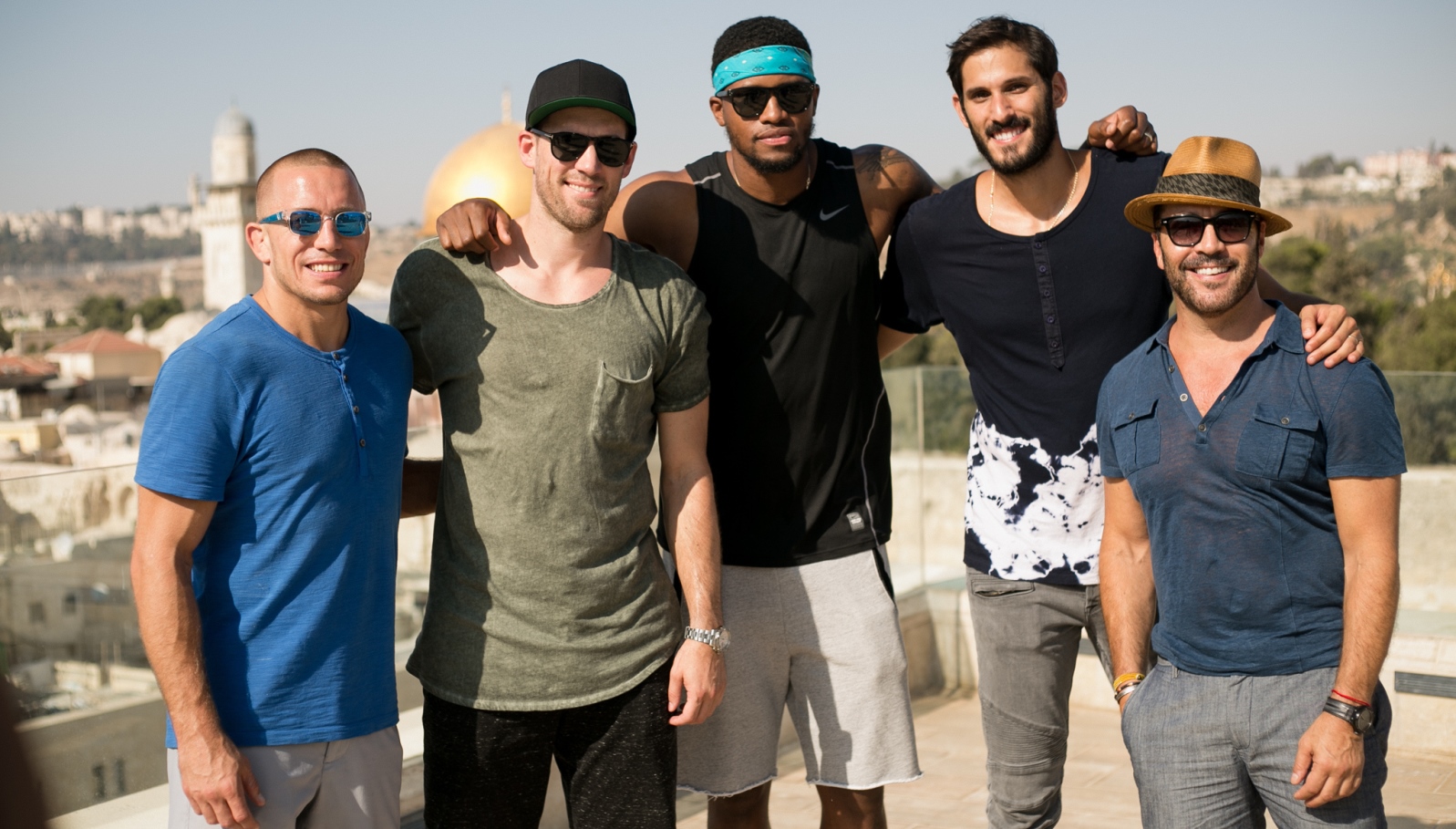 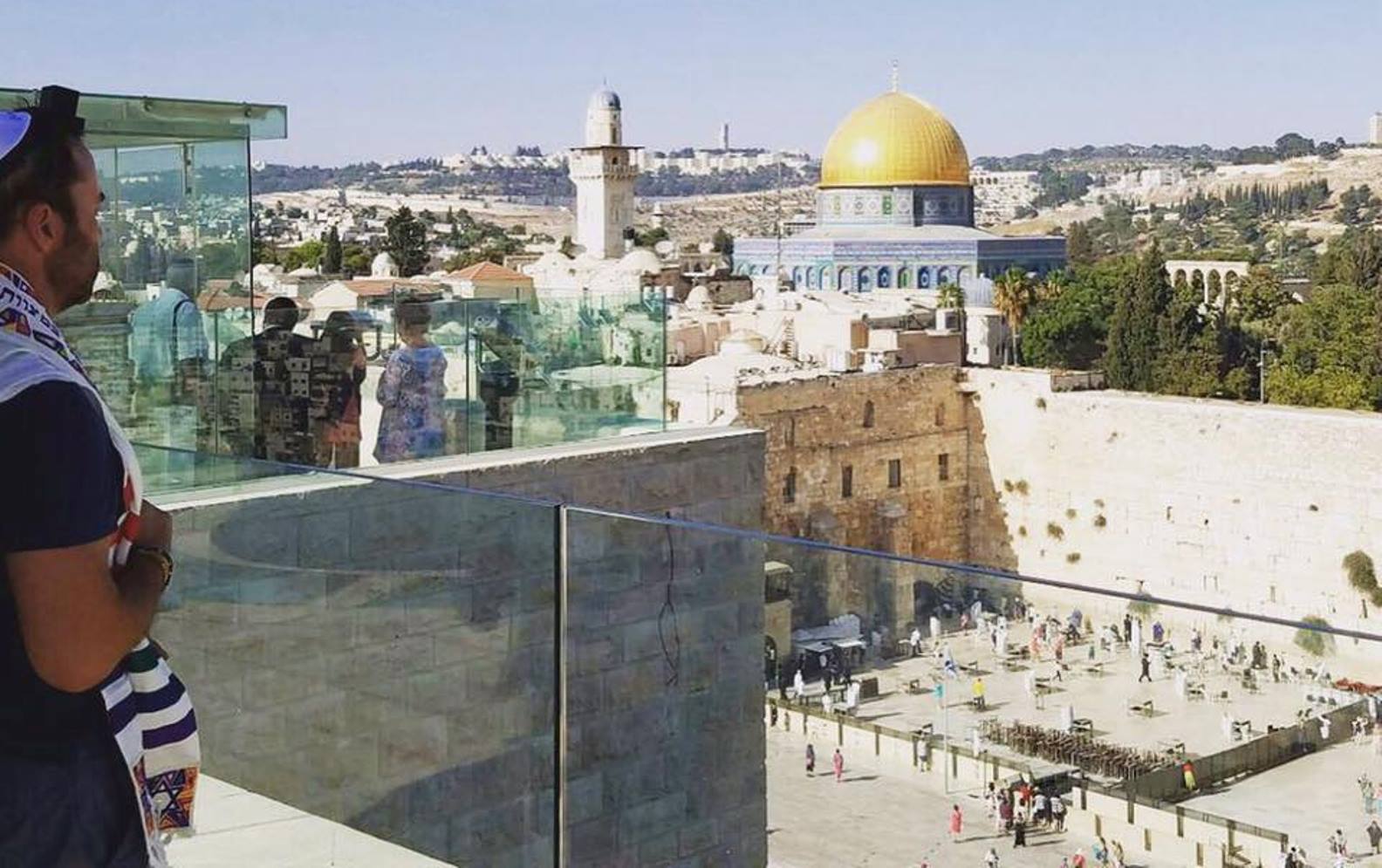 Jeremy Piven looking out over the Western Wall and Temple Mount during his symbolic bar mitzvah on Aug. 5. Photo courtesy of CharityBids

The group’s itinerary throughout the country includes a basketball clinic today with 400 children in Ramle, sponsored by Bank Hapoalim.

Stoudemire, who just signed a two-year contract with Hapoel Jerusalem basketball club, is also scouting out schools for his children ahead of his family’s move to Israel later this month.