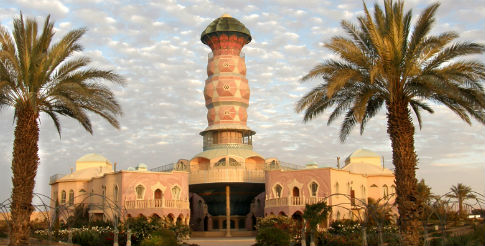 Take the Waldorf-Astoria — a beacon of luxury — and add a group of environmentally conscious mud-brick builders from the middle of the Negev Desert. Though an unlikely partnership from the outset, together they cooperated on a building that is sure to be designated one of Jerusalem’s most inspired architectural works.

The interior design of the soon-to-be-opened upmarket hotel is the work of acclaimed Turkish architect Sinan Kafadar. Knowing that the Waldorf-Astoria is located on the grounds of the former Palace Hotel, Kafadar painstakingly preserved and restored the 1923 building to its original magnificence.

As any hotel guest would agree, it’s the little things that make the biggest difference.

“We don’t usually do external projects, so this was something new for us,” Mordechai Corcos, one of the founding members of the kibbutz and manager of its Art Center, tells ISRAEL21c. “The Waldorf-Astoria came to us to help them with their project. It’s a great compliment.”

Guests at the Waldorf-Astoria Jerusalem won’t likely notice the particulars of the number plates on their room doors, the doorframes or wall panels in the hallways. The kibbutzniks in Neot Semadar, however, know exactly who produced them and how these architectural products were installed at the 223-room, state-of-the-art hotel.

The small farming community in the desert secured its reputation in the world of architecture thanks to a unique Art Center constructed cooperatively by members over the course of 15 years. 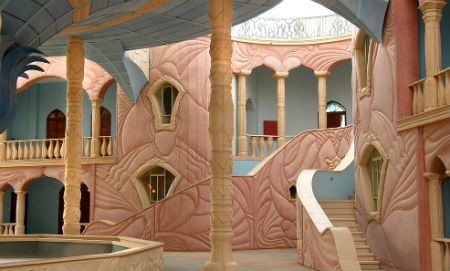 The courtyard of the Art Center.

Amazingly, most of the center was build out of mud. There was no blueprint, either. Instead, community members studied and applied new techniques of architecture as they went along. They developed a special way of casting a mosaic floor, a technique for molding reliefs and sculptures in concrete, and installed a passive air-cooling tower in the middle of the building.

“The central element at the Art Center is not solo art work but rather combined work. That’s the kibbutz philosophy,” says Corcos. “Every project is prepared by a group. We have no specific theory or technique. We learn by working together and the difficulties we encounter contribute to the learning curve.”

Precast concrete techniques are only one feature of the creativity at the kibbutz. Artisans at the Art Center work and offer seminars in jewelry, pottery, stained glass, paper, weaving, woodwork and pre-casting, among other crafts.

“About 10 people worked on the Waldorf project in planning, molding, model-making. Each person had a role,” says Corcos. “Unlike other projects we do, for the hotel we did not provide the design. The design was theirs. We just did the production.”

Working with the Waldorf-Astoria will no doubt give this small kibbutz more prominence. But Corcos takes it in stride. 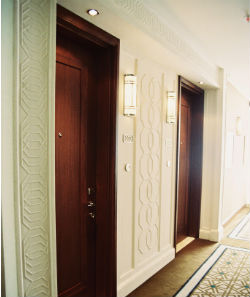 Kibbutz Neot Semadar artisans made the wall panels, door frames and number signs on rooms at the new Waldorf-Astoria Jerusalem.

After all, kibbutz members already enjoy a reputation for using precast concrete in decoration structures and styles for all kinds of buildings, in landscaping designs like pergolas or gazebos, and in sculptures and handicrafts.

“It’s nice to work with a big hotel, an international chain. It’s honorable. Yet we are used to doing grand-scale projects,” says Corcos. “We create things that are useful to people.”

Moreover, he reiterates that the kibbutz community was founded in 1989 on the principles of creativity and learning. 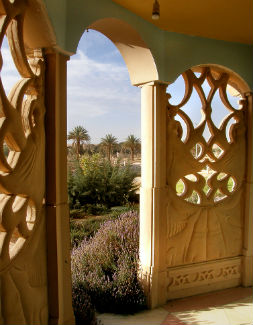 “Our focus is … not about being an artist in a village. Here, we live in a context of creativity within the community,” he says.

And there’s a reason the community was built in what may seem to many like the middle of nowhere.