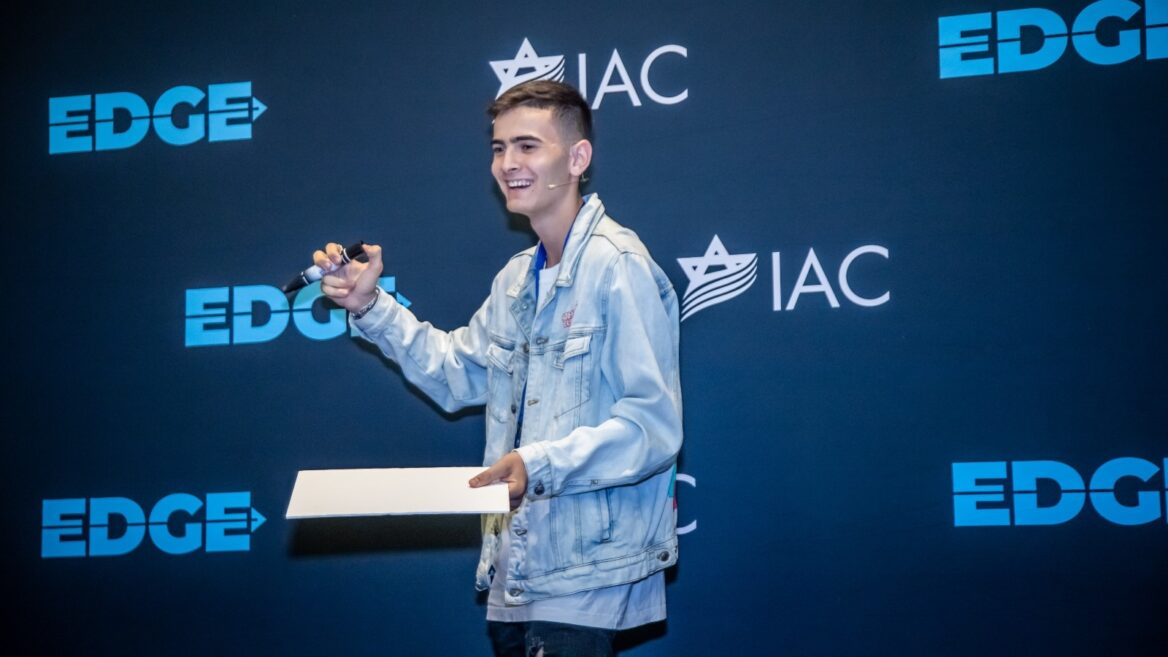 Nevo Abutbul started training as a mentalist at age nine and is the youngest performer in his field. Photo courtesy of Sarit&lorens

When 17-year-old Nevo Abutbul joins the Israeli army next year, he’s going to have the coolest job ever: he’ll be the military’s very first mentalist, spending his service wowing soldiers with his quick wit, mindreading capabilities and all-around awesomeness.

“I’m the youngest mentalist in Israel and the world,” Nevo tells ISRAEL21c. “I began trying my hand at magic at the age of six, and mentalism by the age of nine.”

It’s less about formal training and more about your own strengths, he says.

“Ever since I can remember, I’ve been playing games like guessing which hand is holding a coin or how many coins I’m holding. I kept on practicing how people think,” he explains.

“What drew me to it and made me curious is people’s reactions and the ways the brain works. I learned about body language, NLP [neuro-linguistic programming]. I slowly but surely began building myself a mentalist toolbox.” 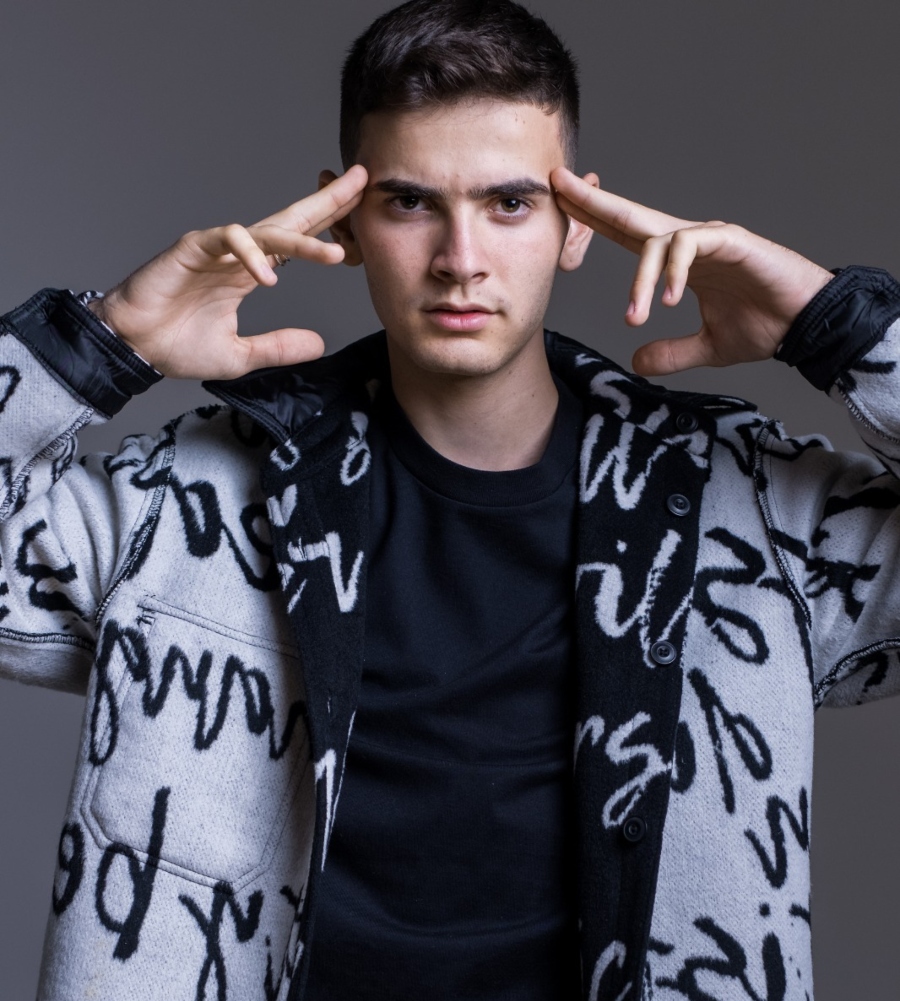 Nevo Abutbul says mentalism is all about understanding the brain and body language, not magic. Photo by Nir Slakman

In the few years since, Nevo has performed on TV shows in Israel and abroad, appeared on top stages and entertained VIP crowds. His plans for the next couple of years – aside from donning a uniform – include taking the world by storm.

And his first stop is America.

Unlike Israel, which adores its veteran, homegrown mentalists (hello there, Uri Geller and Lior Suchard), the US isn’t that familiar with the field. Which is perfectly fine with Nevo.

“It’s not popular, and people abroad don’t really know much about it, at least not in America. My goal is to associate mentalism with Nevo. I want to familiarize people with the field and also influence them to follow their own dreams. No matter how old you are, you can always fulfil your dream. That’s a goal that’s really important for me to promote,” he says.

“I’m a 12th grader, and it’s not easy with all the shows and the TV. I miss a lot of school and it’s not simple. But I’m a good student, I put in an effort in my studies and it’s important to me, so I make sure to catch up,” Nevo says. “I’m living the dream and fulfilling myself every day anew.”

Although he has less time to hang out with friends, “My friends are loving and encouraging, and I’m learning to balance it all with school and a relationship. Those are the kind of things that keep you grounded and help maintain balance.” 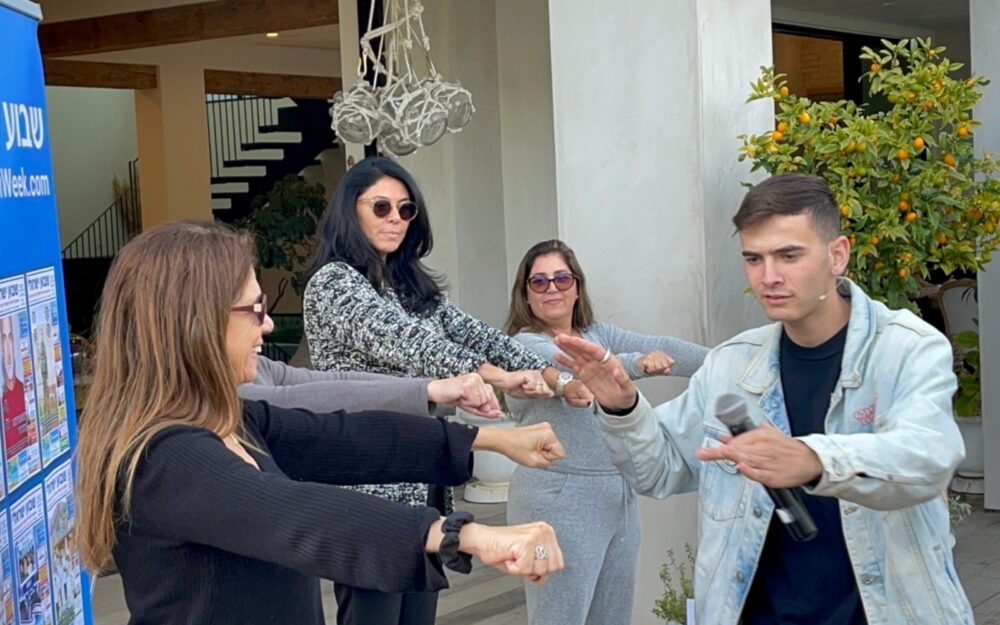 To become a successful mentalist, even at a young age, some basic traits are required, he says.

“As a mentalist, you have to be very, very sharp, very focused, to pay attention to the little details and to think a few steps ahead,” he explains.

“You have to understand why things are happening and influence the way they happen. And, of course, you need charisma and performance. Without it you can’t hold an hour-long show with a concentrated audience.”

Many people don’t really know what differentiates mentalism from magic.

Still, a lot of people have a misconception that mentalism is all about methods.

“I’m actually in favor of supporting that view, because it makes it entertaining and gives people great pleasure,” says Nevo.

“In Israel, of course, more people try to find out how you do it all, while elsewhere in the world they believe you more.

“But I don’t try to fool people, only to make them happy and surprise them,” he concludes. “I really enjoy doing it; it’s my passion.”

UNCOVER ISRAEL - Get the ISRAEL21c
Weekly Edition free by email
Sign Up Now!
Bring Israel's story to life.
Millions of people around the world rely on us to gain a deeper understanding of Israel. We are the trusted source for original content you won't find anywhere else.
You can make a difference. Donate today to support journalism that brings Israel’s story alive.
SUPPORT ISRAEL21c
Read more on:   Spotlight on Israel, Culture, People, Nevo Abutbul, Lior Suchard, Uri Geller