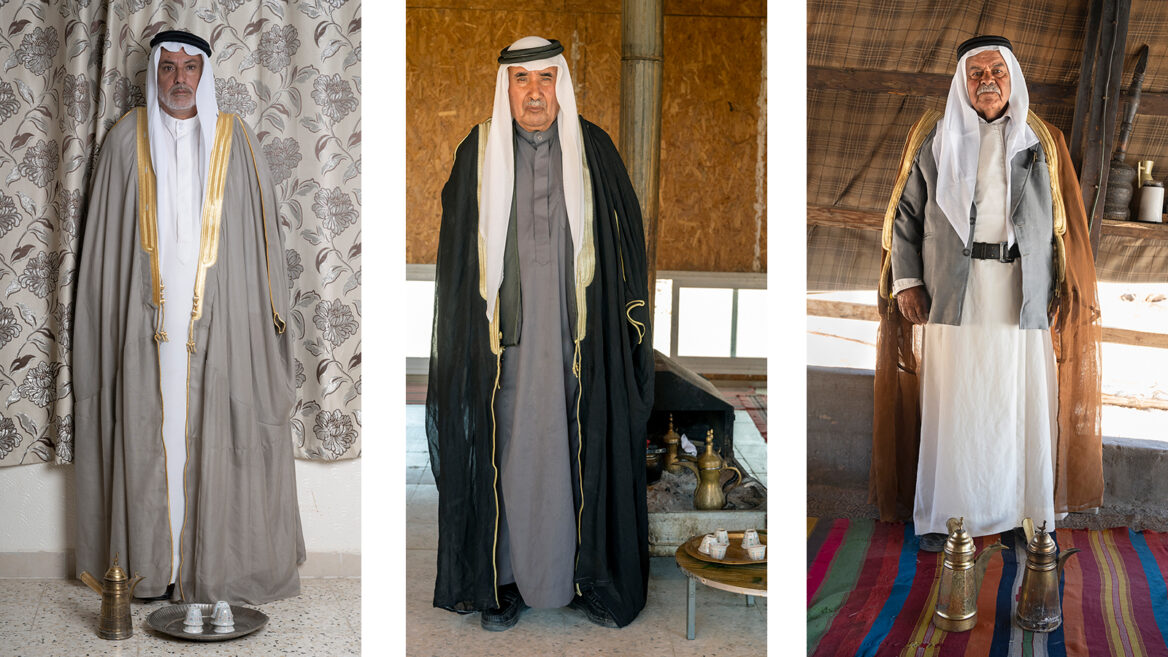 “I was born in the States and I grew up in Minnesota. We made aliyah in 1972 when I was seven years old,” says Ariel Van Straten. “We landed in Beersheva, which was a complete culture shock to myself, to my brother and also to my parents.”

At the end of their street was literally the desert, he recalls. And in this desert, young Ariel and his brother, Michael, discovered their neighbors – the Bedouin.

This tribal Muslim Arab subgroup, formerly nomadic, are traditionally herders or farmers. Today they number about 200,000 in the Negev and 90,000 in the Galilee.

“We had this fascination, my brother and I, with the Bedouin,” Van Straten says. “It gave us a kind of escapism from what we were dealing with in the day-to-day stuff.”

The encounter left a lasting impression on the siblings. Michael became a veterinarian and one of the leading camel specialists in the world. Ariel left Israel for some 20 years and embarked on a photography career in London before returning.

In recent years he has been fulfilling an old dream: documenting the last sheikhs in the Negev. The result is a photography exhibition set to open at the Artists House in Tel Aviv on January 7, 2021. 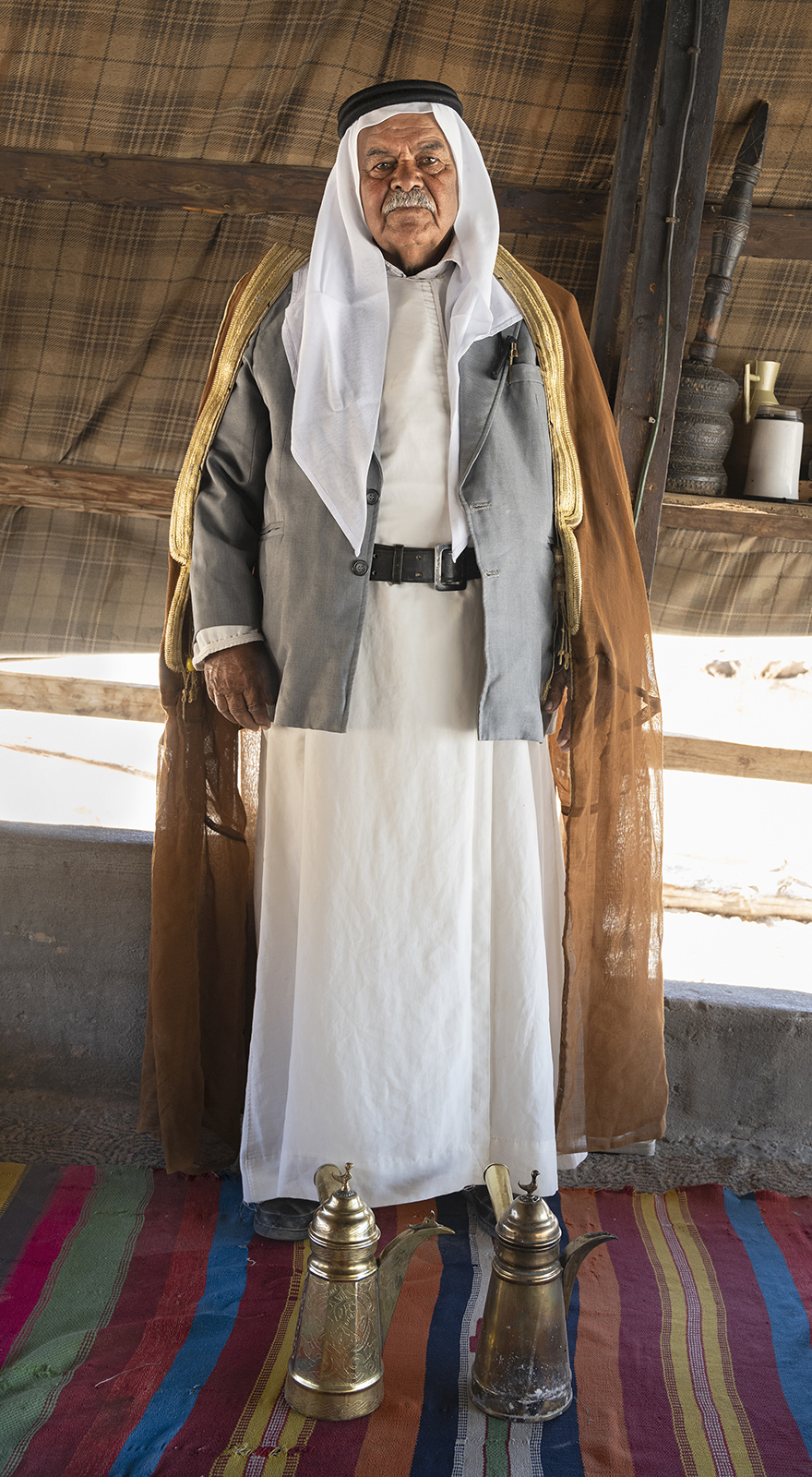 “Two years ago, I was asked by the government to photograph a poster campaign for the 70th anniversary of Israel,” he says. “I insisted on photographing someone from the Bedouin community.”

While for the campaign he photographed a young Bedouin tennis pro, he realized that time was running out to complete his dream project, since the shifts and upheavals in Bedouin society over the years have diminished the number and status of the sheikhs in their society. 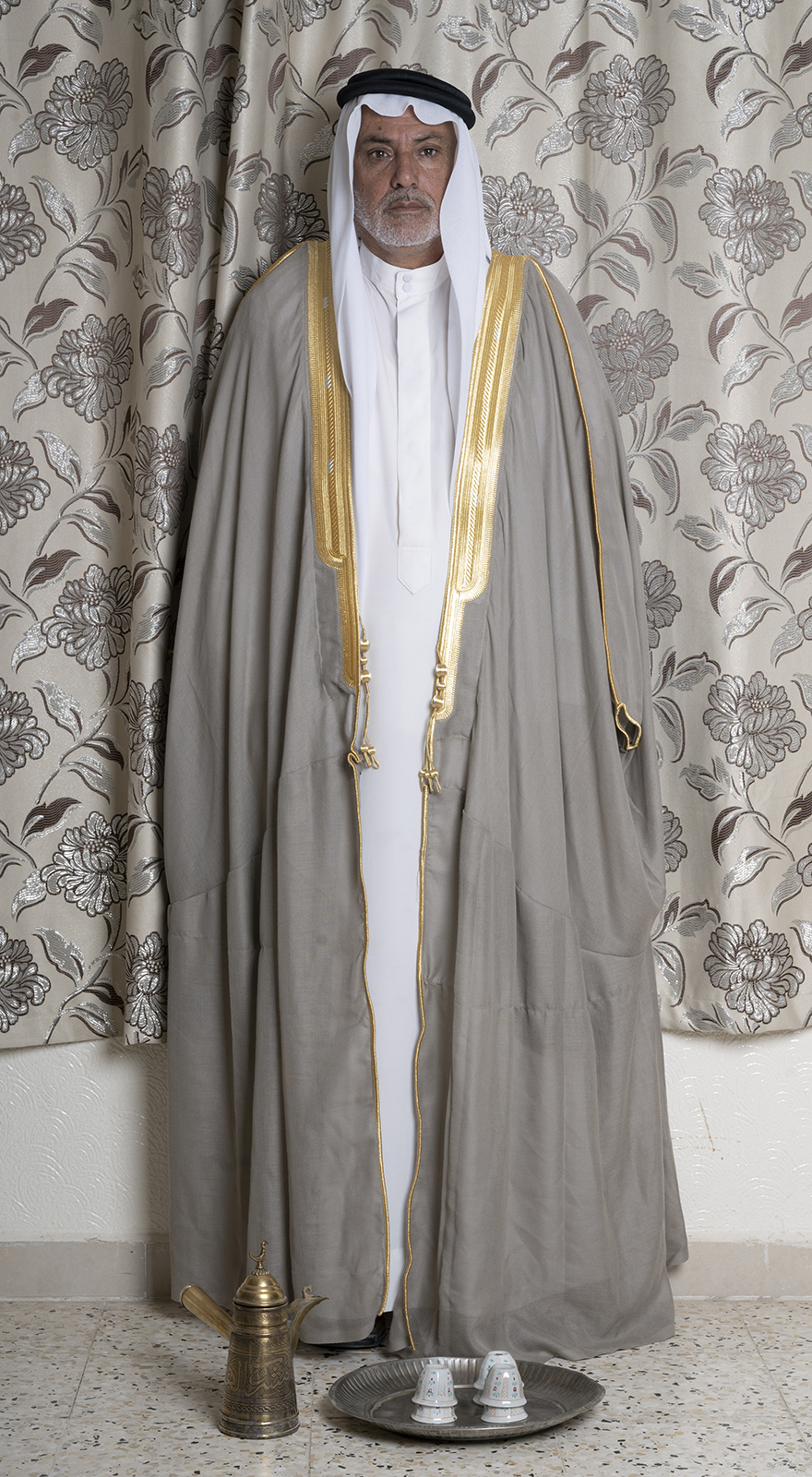 “A sheikh has to be recognized first of all by his own people as the authority for his whole tribe and his whole family,” he explains. “The second criterion is that they get recognition from the government and they get a certificate from the Ministry of Interior.” 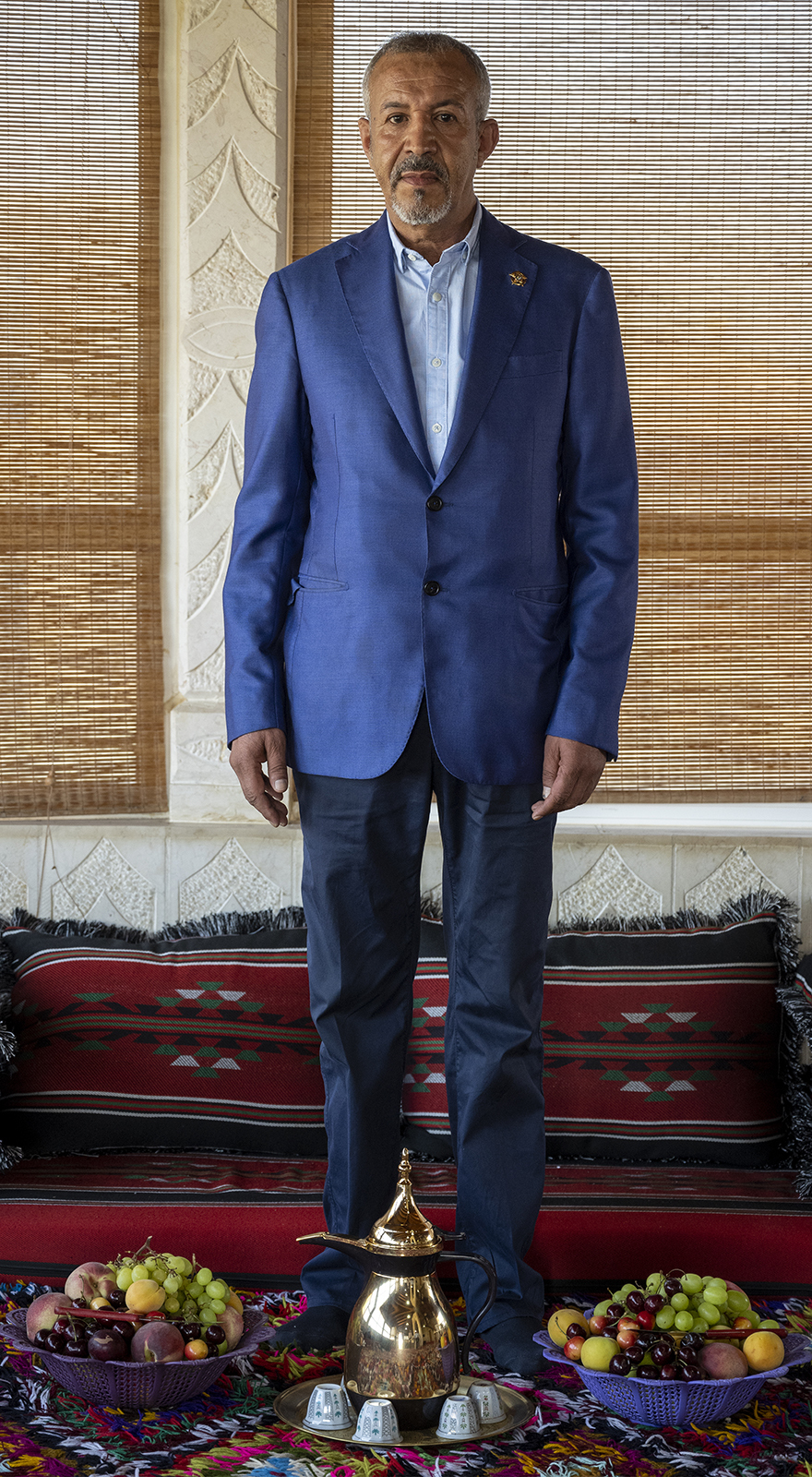 They also work as mediators. “A lot of them have done courses on the judicial system in Israel and the police actually encourage that the sheikhs do the mediation within the Bedouin community,” he adds.

To carry out the project and locate the Bedouin sheikhs remaining – about 35 of them in the Negev – Van Straten teamed up with a Bedouin friend, Salam al-Touri.

“He’s producing this whole thing. He’s finding the sheikhs, he made the schedule to go and meet them,” Van Straten says. “Salam started off with the sheikhs that he knew and then he would ask the sheikhs who else should be in the exhibition.” 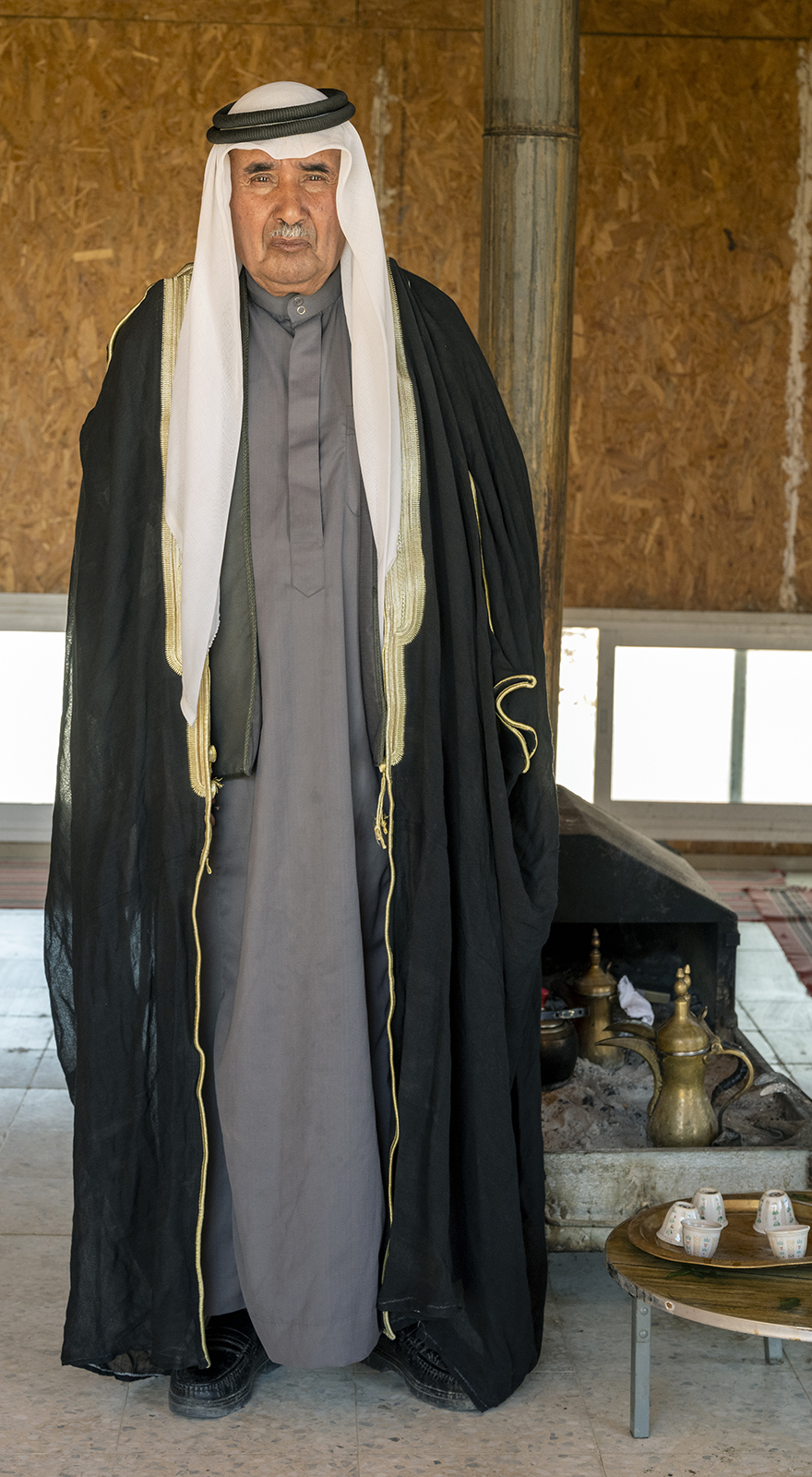 The exhibition will feature 35 life-sized portraits. According to Van Straten, this is for visitors to get a chance to look these men in the eye and see them face-to-face, as opposed to through the more common and less complimentary lens of news reports and opinions.

“They’re beautiful pictures to look at,” he says. “They’re a beautiful society that not many people know about.” 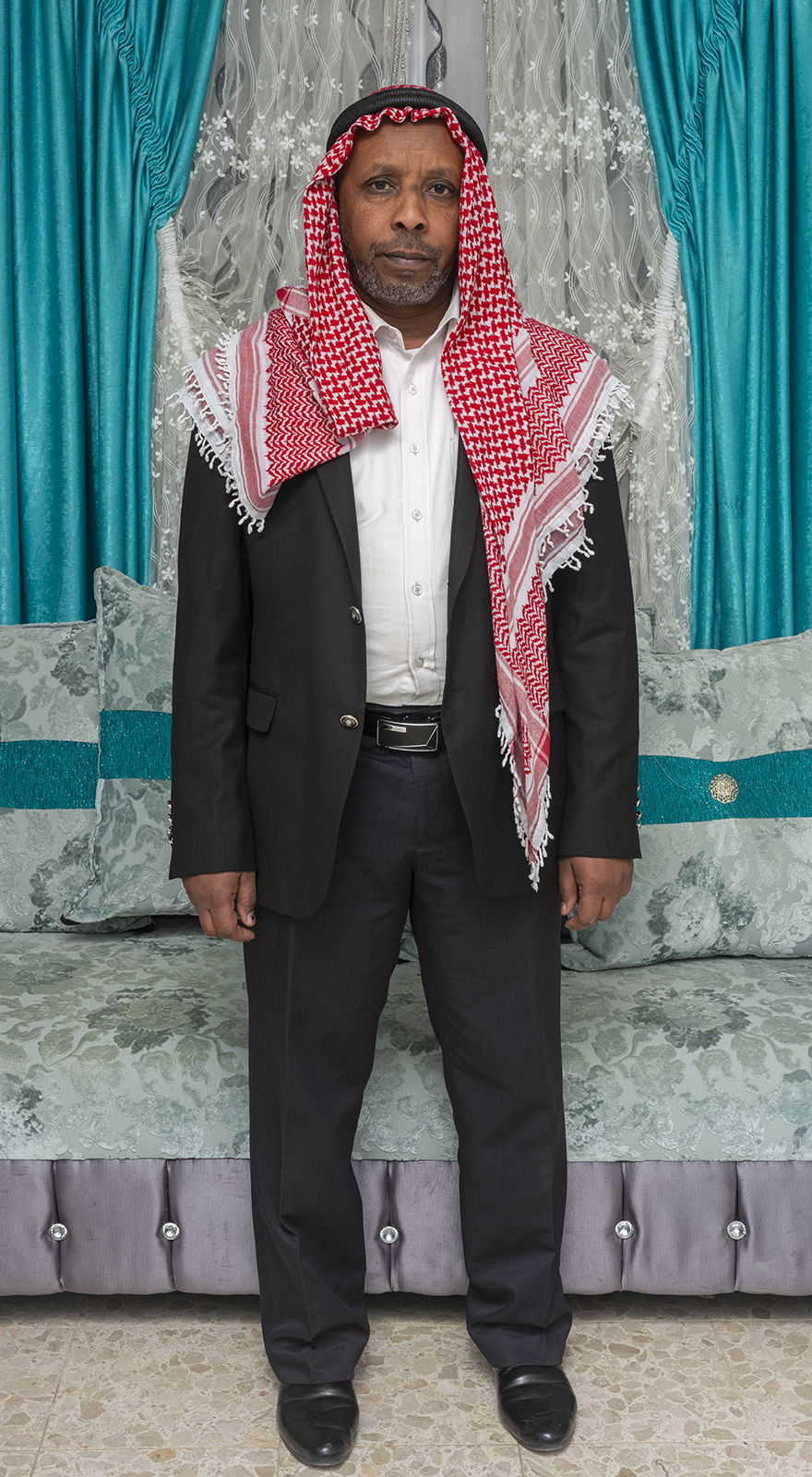 The exhibition is a social project sponsored by the printing company Epson Europe and by the Bedouin community itself, not by any foundations or government agencies. There are plans to share it with an international audience.

“We have an IT person from the Bedouin community who’s going to put up a website and we’re going to exhibit the exhibition there,” he says.

There’s also a plan for a book showcasing all the photographs, and in the meanwhile Van Straten is sharing some of the photos on Instagram.