Many viewers got emotional watching the nuptials of Kate Middleton and Prince William in April 2011. For Sharon Tal, it was the wedding dress that put her in a spin.

Before returning to her native Tel Aviv the previous year, when she and husband Nir were expecting their firstborn, Tal was head designer for embroideries at Alexander McQueen in London, the house that produced Kate’s gown. Her handiwork adorns masterpieces worn by the likes of Lady Gaga and Scarlett Johansson.

Seeing the royal wedding dress got her thinking about how she might resume her career and contribute to her beloved homeland at the same time.

At Nir’s suggestion, Tal contacted Ruth Dayan, the nonagenarian whose multiethnic fashion house Maskit (pronounced “mahs-KEET,” a biblical word for an ornamental object) had thrived in Israel for 40 years. Their meeting turned into a collaboration to revive Maskit 20 years after it closed.

Tal and Dayan went to Moscow last October to show the brand-new line at Mercedes Benz Fashion Week. The buzz has attracted buyers from Italy, New York and other key fashion cities.

In Israel, the inaugural collection debuted on March 12 during Gindi Tel Aviv Fashion Week – a few days after Dayan’s 97th birthday. Maskit is donating its portion of ticket sales to the preemie unit at Chaim Sheba Medical Center in Tel Hashomer.

Tal wasn’t the first to think about bringing the Maskit name out of mothballs. But according to Dayan, she was uniquely qualified to do so.

“I don’t see anyone in Israel like Sharon, who can do what she did,” Dayan tells ISRAEL21c. “She is Maskit. Her whole being is Maskit.”

Tal is reluctant to toot her own horn as she takes ISRAEL21c through Maskit House, the newly opened showroom and archive in a restored Templer villa in Tel Aviv’s German Colony. She demurs that it’s too soon to gauge her success. 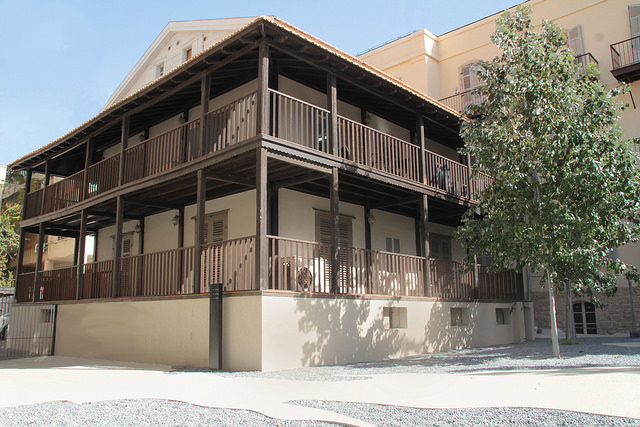 “I wanted something that would be mine but also bigger than life: the Israeli fashion house,” says the 32-year-old mother of two little girls. “I have experience from McQueen that not a lot of people in Israel have. I wanted to take something really modern and bring it to something really Israeli.”

Dayan is similarly modest. “I invented Maskit, but I wasn’t a professional in anything but picking the right people at the right place and time,” she insists.

In 1953, she had started a social welfare project through the Ministry of Labor to employ new immigrants, many of them experts in traditional handicrafts. The following year, she and Hungarian immigrant and couturier Fini Laintersdorf founded Maskit as a government-run company selling luxury women’s wear incorporating Israel’s melting pot of ethnic styles.

The uniqueness and quality of the apparel – not to mention Dayan’s high profile as the first wife of legendary Gen. Moshe Dayan – propelled Maskit to stardom.

From the 1960s to the 1980s, Maskit employed 2,000 people and ran 10 stores in Israel and one in New York. Bergdorf Goodman, Neiman Marcus and Saks Fifth Avenue stocked Maskit garments. Models wore Maskit on the cover of Vogue and on runways alongside Givenchy, Yves Saint Laurent and Dior.

A decline began when the brand was privatized, and in 1994 Maskit went bankrupt. Dayan moved on to other social-welfare projects in Israel and abroad.

Tal and Dayan spent two and a half years tracking down former employees. They collected archived Maskit apparel and memorabilia, much of which is now installed in Maskit House. Everywhere they went, enthusiasm for a Maskit revival bubbled over.

Though Israel’s fashion scene has blossomed, and designers such as Ronen Chen  have gained global recognition, no single luxury label – with the possible exception of Gottex swimsuits – represents Israel in the international eye.

“Israel deserves its own fashion house, and Maskit has the best potential to be it,” Tal says. Industrialist Stef Wertheimer and his partner Lynn Holstein agreed, and lent their financial support. “Stef and I are pleased to be helping in the initial stages of the revitalization of Maskit,” Holstein tells ISRAEL21c. 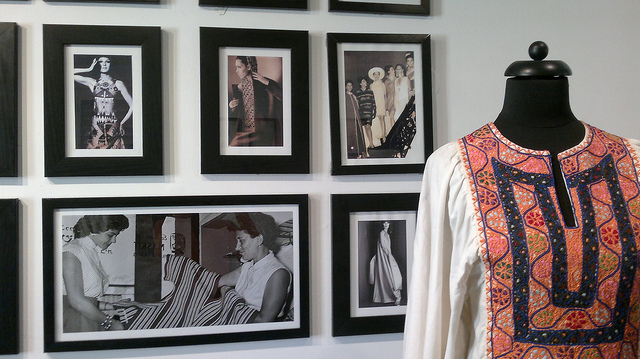 Tal hired eight designers including Mor Kfir, whose lace wedding gown with embroidered, braided threads is in the “Here Comes the Bride” exhibition at Beit Hatfustot, The Museum of the Jewish People. Like Tal, Kfir graduated from Shenkar College of Engineering and Design.

The staff spent six months preparing the initial collection of more than 40 pieces. It pays homage to the authentic Maskit look, right down to Dayan’s signature on the labels. “Each piece has its own story of how it relates to Maskit,” says Tal.

Donning a poncho-like Egg Coat, Tal explains that this, in addition to the Desert Coat and the Toga, are slightly updated versions of Maskit bestsellers. 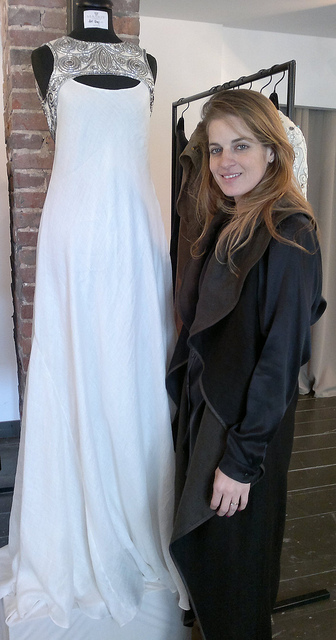 Sharon Tal, wearing an Egg Coat, shows the most expensive item in the collection. Photo by Abigail Klein Leichman

Many Israeli women in the late 1960s to 1980s got married in the white Toga. “We sell it in silk or linen, and modernized the embroidery with stones and metals,” says Tal. It is available in white or charcoal. 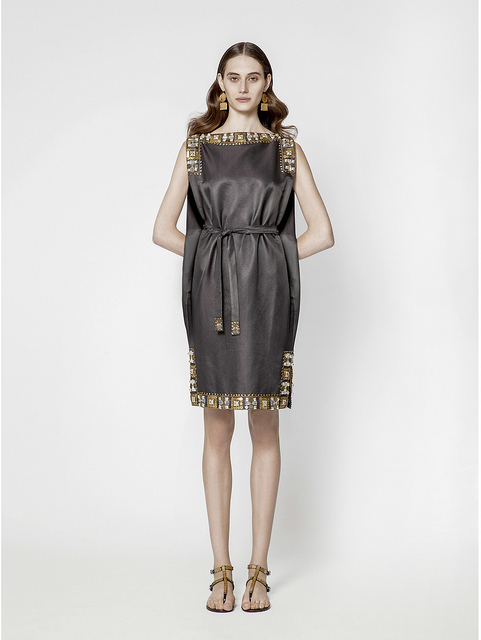 The Toga was popular in Maskit’s original line and in the new line as well.

She is partial to another bridal dress in the collection, a simple silk sheath topped by an elaborate silver embroidered band in the style of a traditional prayer-shawl collar.

“I studied this art from someone whose grandma taught him how to do it, and I taught my suppliers,” says Tal. “For me, this was something magical.”

A few pieces in the collection are sewn from a custom handmade Damascus silk-cotton fabric. 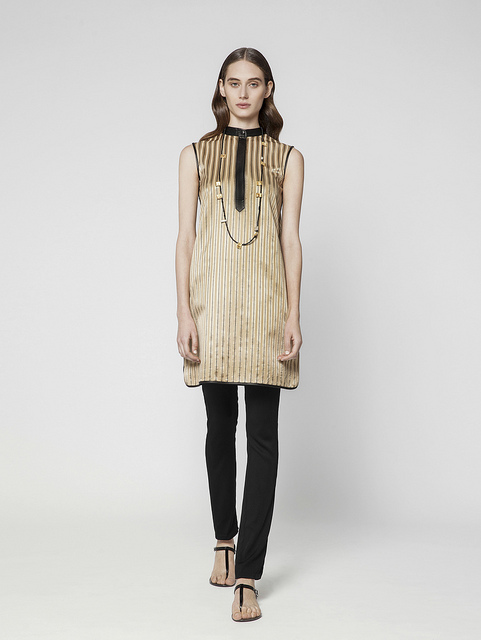 This fabric was made to order in Damascus

“Maskit used to work a lot with silk merchants in Damascus,” Tal relates. “A Jerusalem merchant had a little of this fabric left from the past, but I needed much more and in specific colors, so he contacted his cousin, whose father worked for Maskit in Damascus, and he was really excited to hear about [the new] Maskit. He made me 120 meters of this fabric.”