Charlize Theron is one of the hottest A-list celebrities in Hollywood. In a recent red carpet event at the MTV Movie Awards she wore a Lanvin dress, Jimmy Choo shoes, Cartier jewels, and hair styled with Moroccanoil from Israel.

Also on the list of celebs reported to be using the products based on oil from the rare argan nut are Madonna, Katy Perry, Angelina Jolie, Scarlet Johansson and French beauty Marion Cotillard.

The idea for the novel product took root when a Chilean woman, Carmen Tal, went to get an emergency hair treatment while visiting Israel with her Israeli husband. Tal was introduced to a special product at the salon that she felt made her hair healthier, softer and more manageable.

“Carmen’s hair was damaged and someone used the product on her hair, and she ended up buying the company,” says celebrity hair stylist Antonio Corral Colero from Barcelona, Moroccanoil’s artistic director.

“For Chileans,” he continues, “having one’s hair damaged is the kind of thing that can throw you off completely.”

Israel is the hub for the secret formulation

After buying the company with her husband, Tal directed the production of a new product based on the old formula. Some new ingredients were added to the list of 25 that go into the hair treatment.

The key ingredient is grown only in Morocco and more recently in Israel, where special cultivars of argan trees are producing more oil than the native Moroccan cultivars. Argan oil has been used as a beauty secret in Morocco for centuries. 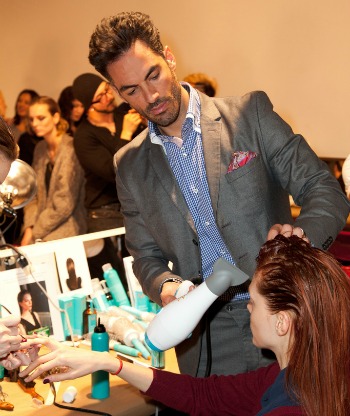 “Argan itself it is very heavy, rich, and tastes very strong,” says Corral Colero “We use only a percentage of argan oil in our formulation, with the light products containing 40 percent less oil… You can use it in different ways to make your hair healthy and sexy,” he says.

In the beginning, samples of the product were brought to Canada for testing through various hairstylists. The response ultimately helped shaped the product line, says Corral Colero. Only four people in the world know how it’s made.

Today about 80 percent of the company’s products are made in Israel at a factory about two hours north of Tel Aviv. It is necessary to stay close to the source to get the best results and least chance of oil degradation. The company can produce about 150,000 bottles of product per day, which retail for $42 a bottle at select salons in North America, Europe and now Japan.

The company also has offices in Montreal and New York, with a new office in Japan opening soon.

A passion for place, people and products

With an “in” at top salons thanks to relationships forged by Corral Colero, the company is building its brand to last, he tells ISRAEL21c.

“It starts with stylists, then it went from mouth to mouth and became a big crazy success,” he says. “We have a lot of passion for it, and I believe it is something very unique.”

Working with an Israeli company keeps Corral Colero’s job interesting. He’s learning a little Hebrew, and enjoys the mix of cultures that run through the company from Israel to New York and Montreal. He enjoys the Spanish-Latin-Israel connection: “We are temperamental. When we are passionate, we go for it. That’s how Moroccanoil started –– with passionate people.”

Corral Colero globe-trots to spread the word about Moroccanoil, after having given up his salon six years ago when the company started. Today he attends high-profile fashion events, like Fashion Week in New York and Milan, meeting with models and stylists, while handing out must-have samples of the Moroccanoil products that the stylists are using religiously.

Some fashion shows that featured Moroccanoil products in models’ hair include New York fashion shows by Carolina Herrera, Badgley Mischka and Catherine Malandrino –– where Corral Colero was the lead stylist. 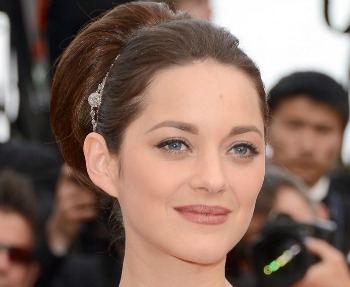 Other shows include Paul Smith in London, and Just Cavalli and Ermanno Schervino in Milan.

The company produces a range of items including a new line of body care products based on argan oil.

Some people say they can’t live without the stuff. In an interview with People magazine, Madonna claimed that she can’t live without Moroccanoil, says Corral Colero. But a lot of other A-listers quietly get the treatments from their private stylists, he adds.

It’s their big secret. But now the cat’s out of the bag.

UNCOVER ISRAEL - Get the ISRAEL21c
Weekly Edition free by email
Sign Up Now!
Bring Israel's story to life.
Millions of people around the world rely on us to gain a deeper understanding of Israel. We are the trusted source for original content you won't find anywhere else.
You can make a difference. Donate today to support journalism that brings Israel’s story alive.
SUPPORT ISRAEL21c
Read more on:   Culture, Lifestyle, Hollywood, Moroccanoil, Antonio Corral Colero, hair styling