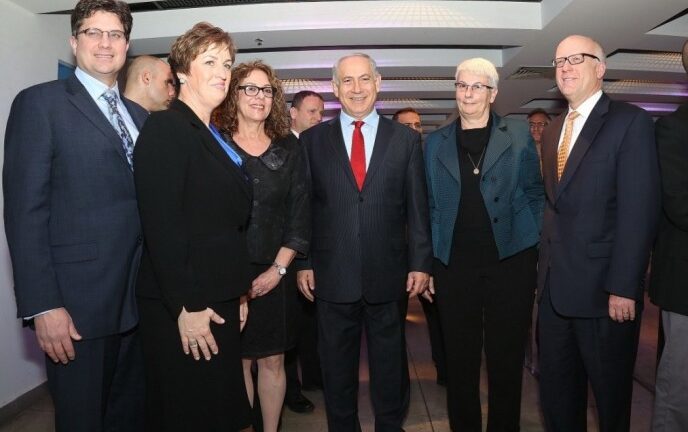 The new Lockheed Martin-EMC center will be based in the Advanced Technologies Park in Beersheva. Under the arrangement, Lockheed Martin and EMC will identify a series of development opportunities that can be contracted to Ben-Gurion University of the Negev and other subject matter experts.

“Ben-Gurion University is proud to work alongside Lockheed Martin and EMC,” said Prof. Rivka Carmi, President, Ben-Gurion University. “This new initiative will join the successful ongoing BGU-EMC cooperation and will provide an additional framework for close cooperation in sharing and developing research, resources, talent and innovative solutions to national and global challenges.”

Unofficial reports say the companies will invest some $1 million to set up the project.

“Our goal is to foster applied research and continued growth in Israel’s technology sector,” said Dr. John D. Evans, Lockheed Martin’s vice president of international engineering and technology. “We recognize evolving global needs, as well as the wealth of innovation taking place within Israel and its universities.”

In related news, Netanyahu, Beersheva Mayor Rubik Danilovich and Carmi announced the establishment of a national cyber park in the southern Israeli city to be called Cyber Spark.

The facility will be the first of its kind in the world and will include leading cyber industries, cutting-edge academic research in the field, leading security bodies in the field, educational frameworks and human capital focusing on cyber, and national government agencies in the field. All of these create a complete ‘eco-system’ that will include all of the components necessary to create global leadership in the cyber field, in a common physical space which facilitates the pooling of resources, the building of joint technological infrastructures and a synergy of workers, researchers and students.

Among the cyber companies that will be located in the park and are already active partners in the initiative are: EMC, Deutsche Telekom, IBM and JVP. A high school for the sciences and technology and a cyber studies development center will also be opened in the park.

IBM Senior Vice President and Group Executive for Software and Systems Steven A. Mills told Netanyahu that IBM and Ben-Gurion University intend to build a center for global excellence in the field of security and defense for infrastructures, assets and information in Beersheva.

“Israel’s entrepreneurial and academic communities offer a unique combination of talent, innovation and pioneering spirit. We expect this collaboration with Lockheed Martin will help EMC continue to rapidly accelerate our important research and development and contribution to the success of Israel’s mission to be a leader in innovation on the global stage,” said Dr. Orna Berry, vice president and general manager of EMC’s Israel Center of Excellence.