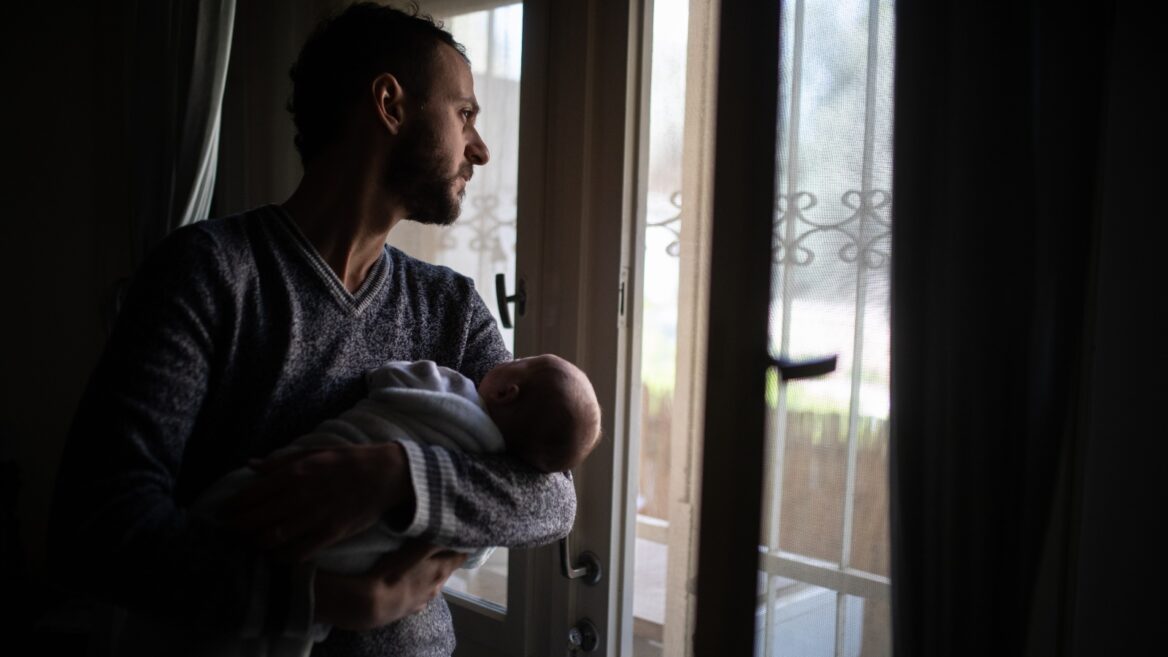 A Jerusalem father holds his baby as he looks out the window during a nationwide partial lockdown, April 3, 2020. Photo by Hadas Parush/Flash90

Three Hebrew University professors claim that Israel and other countries could have controlled Covid-19 without resorting to lockdowns.

Their data-based study, “Managing the Covid-19 Pandemic without Destructing the Economy,” argues that the “medieval” approach of quarantining the population for a prolonged period takes a catastrophic economic and social toll.

The mathematical model developed by the authors – finance and banking experts David Gershon and Alexander Lipton of the Jerusalem Business School and epidemiologist Dr. Hagai Levine of the School of Public Health – confirmed that lockdown was not necessary for the stated purpose of “flattening the curve” of infection to avoid overwhelming the healthcare system.

Their detailed model calculates the likely occupancy of ICU beds and general hospital beds during each stage of the pandemic, taking into account the disease’s effect on different population groups. 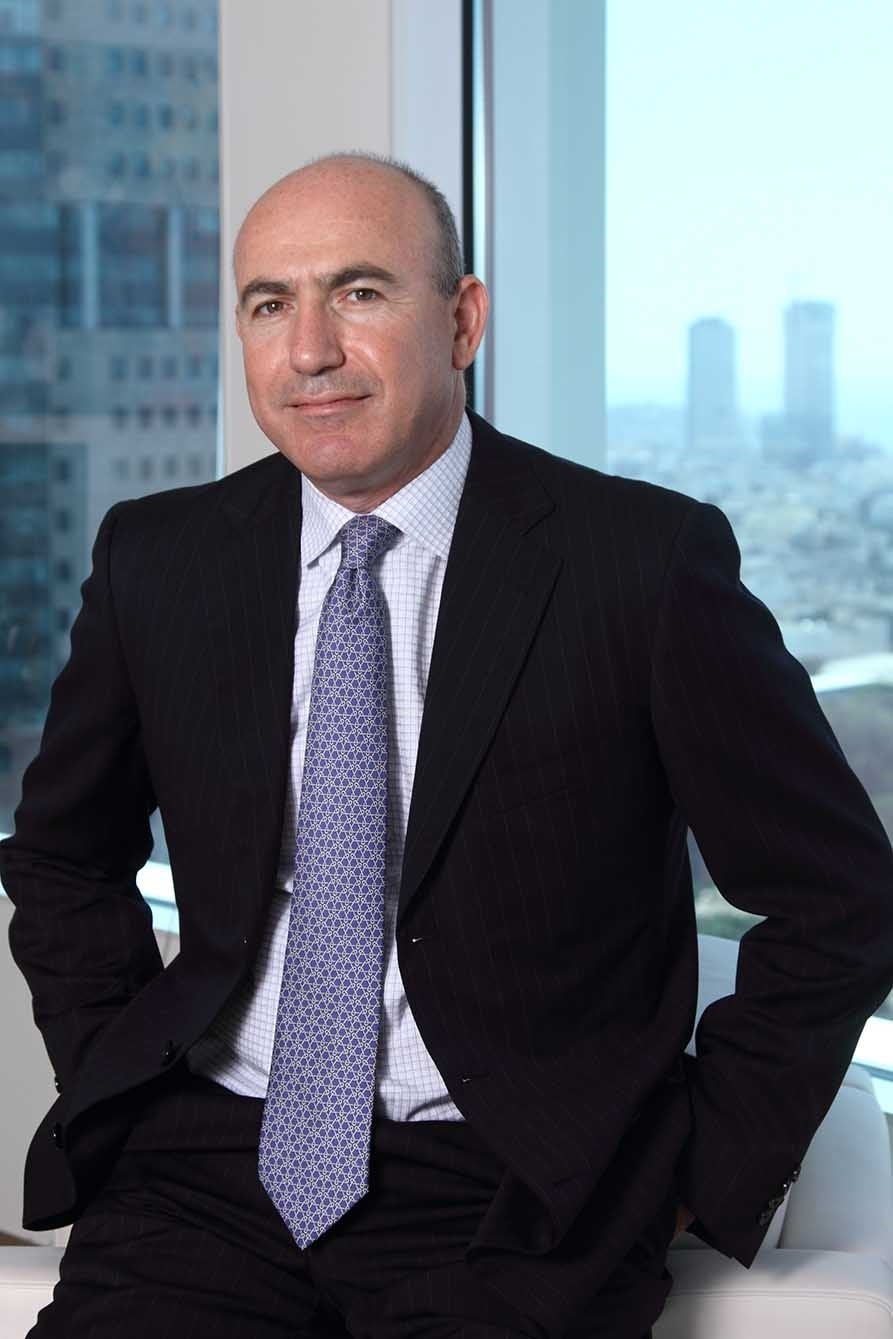 The model was calibrated with real time data from recent research articles about Covid-19 from different countries, including infection rates, hospitalizations and deaths as well as number of patients in intensive care.

One of the study’s conclusions is that lockdown is not necessary in countries that have more than 60 ICU beds per million available for Covid-19 patients.

Israel’s hospitals had 2,000 dedicated beds before the pandemic and now have 3,000. According to the model, no more than 600 would have been needed even without a lockdown.

In countries with less than 60 ICU beds per million, they said, a temporary partial quarantine of high-risk populations may be required.

Supporting the study’s conclusions is the fact that countries such as Sweden, Singapore, Taiwan and South Korea – each with fewer ICU beds per population than in Israel — never imposed a general lockdown and yet their healthcare systems did not reach full capacity.

Another piece of evidence the authors point to comes from a Gertner Institute study showing that on March 9, when the disease just started spreading in Israel, the infection rate was very high but decreased significantly by March 22 — before the start of the lockdown period–presumably due to hygienic precautionary measures.

“Since the beginning of the lockdown the further reduction in the infection rate was minor and most likely is a result of the behavior of the population and not the lockdown itself,” the authors said.

What about Italy, Spain and the United States, where despite the lockdown thousands of people died?

The researchers suggest two possible explanations: First, these countries have a high percentage of citizens over age 60. Second, because of a lack of preventative hygienic measures the number of infected people was already high when the lockdown was enforced.

“By now, all the high-risk population is aware of the danger and the need to overprotect itself in general more than the low-risk population,” the authors stated.

According to the model, if a country adopts a policy of social distancing as much as possible, including at work; 14 days self-quarantine of every person with symptoms such as fever or cough; testing all individuals with symptoms; and hygiene measures including facemasks in public places, then in most cases there is no need for a lockdown.

Gershon, Levine and Lipton are calling for a systematic investigation of deaths that may have been or may still be caused by the lockdown itself in the short and long term.

They said the effects of long-term quarantine include high unemployment and social problems such as isolation and loneliness, limited access to healthcare, drug abuse, domestic violence, hunger and social unrest.

Given all those negative consequences, the researchers believe that the number of deaths related to lockdown will prove higher than the deaths related directly to Covid-19 infection.

They conclude that widespread lockdowns during the coronavirus pandemic may have a similar effect to “iatrogenesis,” a phenomenon where the treatment is more detrimental than the disease.