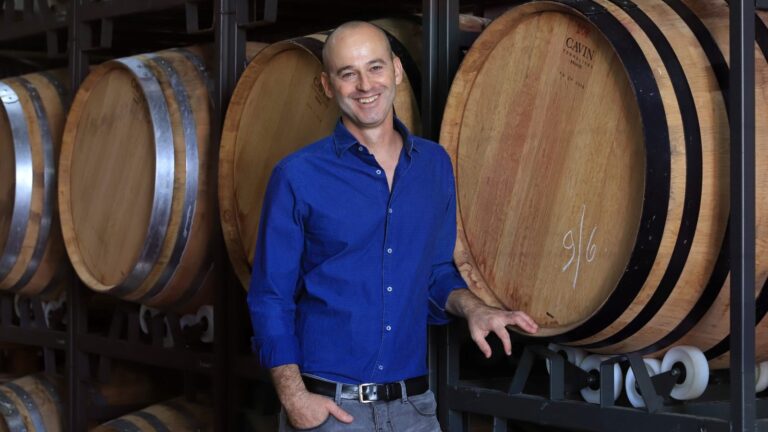 Ido Lewinsohn from Barkan Winery becomes the second-ever Israeli to graduate as a Master of Wine. Photo courtesy of Royal Wine Corp.

Ido Lewinsohn recently graduated as a Master of Wine from the London-based Institute of Masters of Wine, making him the second Israeli to hold the prestigious title.

The head winemaker at one of Israel’s largest wineries, Barkan, Lewinsohn also runs the boutique Lewinsohn Garage de Papa winery that he established with his father in 2007.

He studied oenology at the University of Milan and worked in wineries in Israel, France, Italy and Australia.

The Institute of Masters of Wine is an international organization founded in London in 1953 to promote excellence, interaction and learning in the field of wine. Since then, more than 450 people have held the title. The first Israeli to become a Master of Wine was Eran Pick of Tzora Vineyards.

Originally reserved for British wine importers, retailers and merchants, the Master of Wine qualification is now available also for winemakers, wine journalists and viticulturists from across the world. It involves a study program of at least three years, theory papers, blind-tasting tests and signing a code of conduct requiring graduates to share with others their understanding of wine.