An aerial view of the large ancient winepress discovered in the coastal city of Yavne. Photo by Assaf Peretz/Israel Antiquities Authority

When an initiative to expand the Israeli coastal plain city of Yavneh first took off, few could have imagined the endeavor would include a fabulous archeological find: the largest and most impressive Byzantine winepress ever unearthed.

As part of preliminary work to build a new neighborhood, archeologists found the 1,500-year-old industrial complex, which includes five winepresses, warehouses to age and market the wine, kilns for firing the clay jars storing the wines and tens of thousands of intact and fragmented earthenware jars.

The wine produced at the site was a light white “Gaza wine” famous at the time. It was exported via the Gaza and Ashkelon ports to markets in Egypt, Greece and Turkey.

The large size of the site led archeologists to estimate that some 2 million liters of wine were produced there annually, all by hand – or rather by foot, as the grapes were crushed by treading on them. 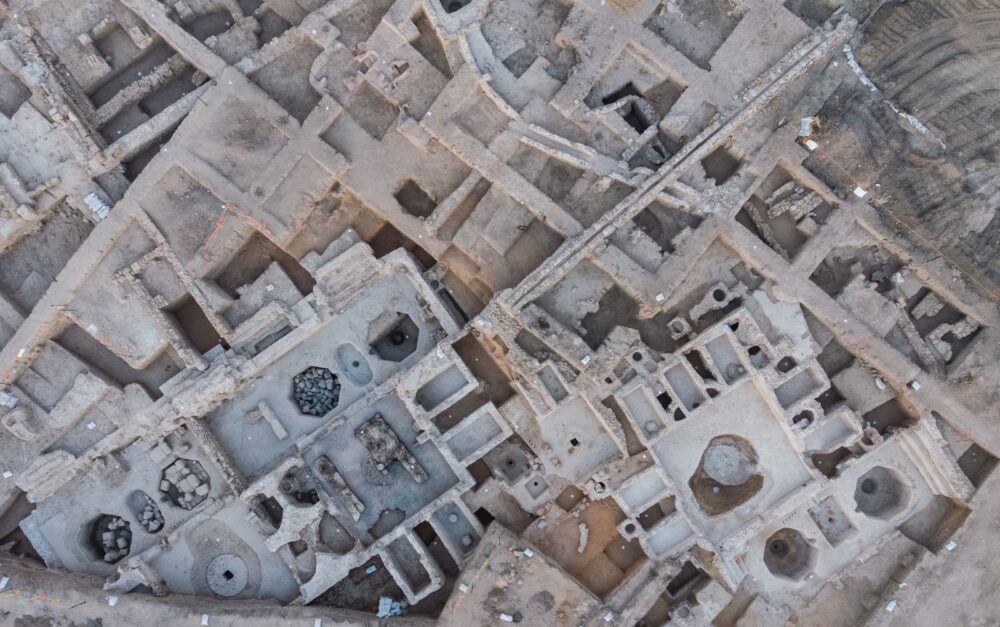 Drinking wine was common in the Byzantine period, both for adults and children. This was because water was often either unsanitary or unpalatable, and wine was used as a “concentrate” to improve its flavor or as a replacement drink.

“Gaza and Ashkelon wine was considered a quality wine brand of the ancient world, whose reputation has spread far and wide, a bit like Jaffa oranges denote their origin and quality today from Israel,” explain archeologists Elie Hadad, Liat Nadav-Ziv and Jon Seligman.

“Everyone knew that this was a product from the Holy Land, and everyone wanted more and more of this wine.” The winepresses at the Yavneh site produced some 2 million liters of wine annually. Photo by Yaniv Berman/Israel Antiquities Authority

The Israel Antiquities Authority and the Israel Land Authority, which carried out the digs, together with Yavneh municipality, invited the public to tour the winemaking complex before it is covered to protect it from impending rains. 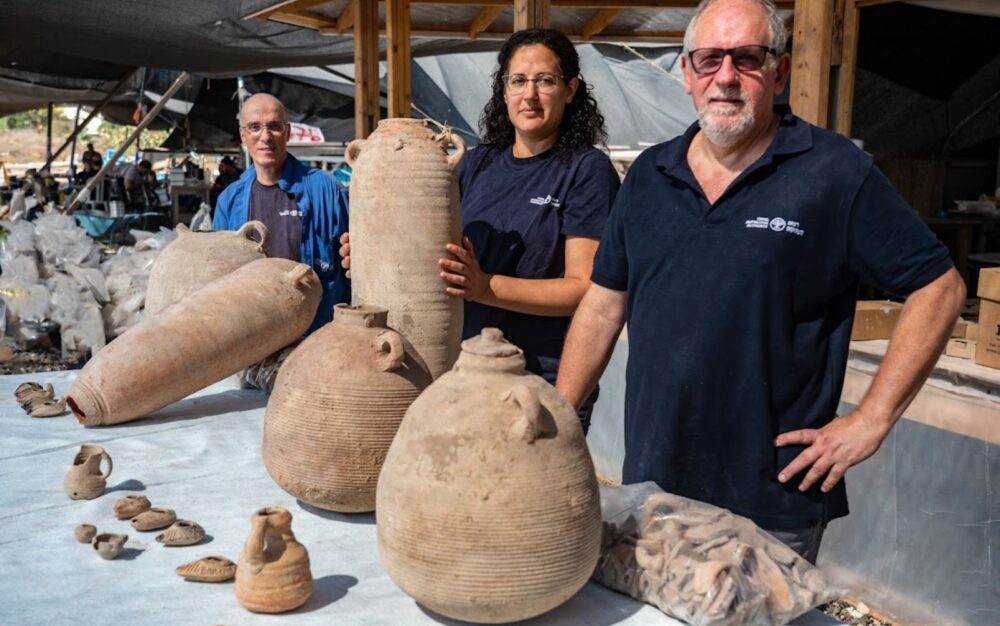 The complex will be open to visitors once the findings are preserved and made accessible.

UNCOVER ISRAEL - Get the ISRAEL21c
Weekly Edition free by email
Sign Up Now!
Bring Israel's story to life.
Millions of people around the world rely on us to gain a deeper understanding of Israel. We are the trusted source for original content you won't find anywhere else.
You can make a difference. Donate today to support journalism that brings Israel’s story alive.
SUPPORT ISRAEL21c
Read more on:   News, Archeology, wine