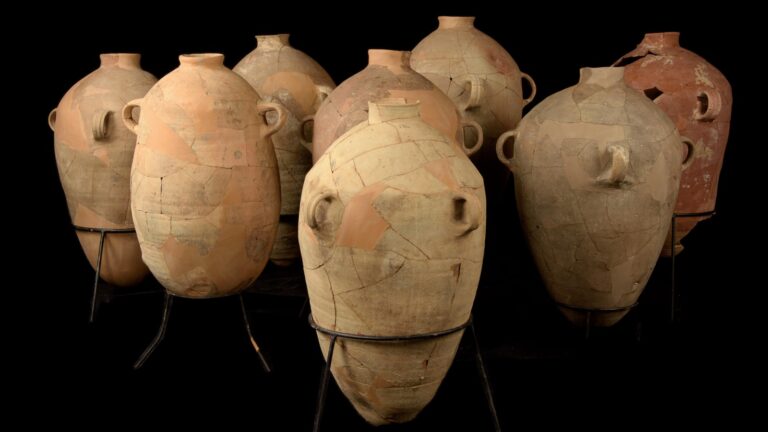 Researchers from the Israel Antiquities Authority and Tel Aviv University were surprised to discover remnants of vanilla in wine jars from 2,600 years ago in the City of David National Park in Jerusalem.

The researchers were investigating two buildings destroyed by the Babylonians in 586 BCE when they unearthed the eight jars. They date back to the reign of the biblical King Zedekiah, who ruled the kingdom of Judah when the Babylonians destroyed Jerusalem and exiled the Jews.

Using chemical tests, the researchers identified remnants of vanilla molecules preserved in the tiny spaces on the side of the pottery vessels.

In a recent study published in PLOS ONE, the scientists write that vanilla was not known to be available in the Middle East before Columbus sailed to the Americas in 1492. 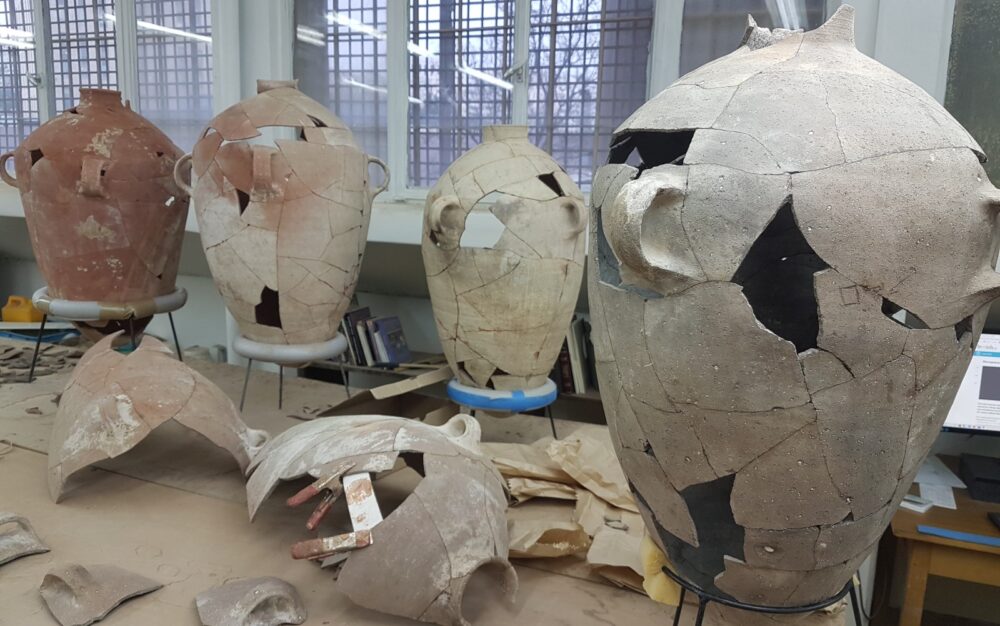 Ancient wine jugs being restored in the laboratories of the Israel Antiquities Authority. Photo: Ortal Chalaf/restoration by Joseph Bocangolz

Tel Aviv University doctoral student Ayala Amir, who conducted the research in the laboratories at the Weizmann Institute and Bar-Ilan University, said that the “vanilla markers were an unusual find.”

Scientists believe that the vanilla, considered a luxury, might have come from India via an international trade route that crossed the Negev during the seventh century BCE. 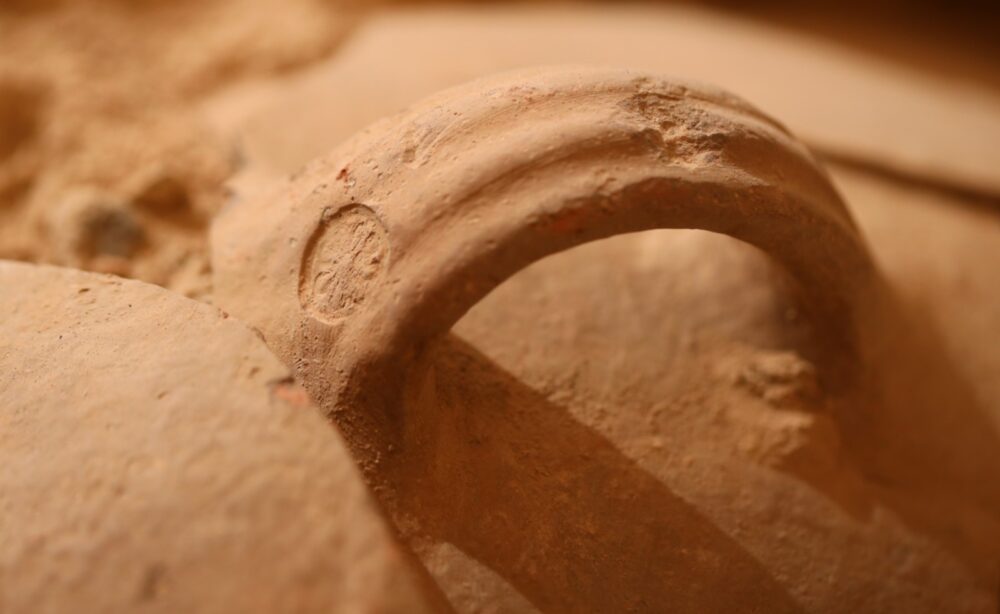 A jar handle with a rosette impression associated with the royal economy in the Kingdom of Judah. Photo by Eliyahu Yanai/City of David

On the handles of some of the jars was a seal impression in the shape of a rosette, indicating that the jar and its contents were part of the royal administration of the kingdom of Judah. The number of jars indicate the economic importance of wine, the scientists said.

Ortal Chalaf and Joe Uziel, directors of the excavation on behalf of the Israel Antiquities Authority, said that the jars will help reveal what people ate and drank prior to Jerusalem’s destruction by Babylonia.

“The jars opened a window for us,” the scientists said.

UNCOVER ISRAEL - Get the ISRAEL21c
Weekly Edition free by email
Sign Up Now!
Bring Israel's story to life.
Millions of people around the world rely on us to gain a deeper understanding of Israel. We are the trusted source for original content you won't find anywhere else.
You can make a difference. Donate today to support journalism that brings Israel’s story alive.
SUPPORT ISRAEL21c
Read more on:   News, Archeology, wine, vanilla, city of david, Jerusalem