As a result of a Massachusetts family’s desire to advance both diabetes research and Israeli scientific innovation, five Israeli researchers each will be receiving up to $130,000 per year for up to three years toward investigations into Type 1 diabetes (T1D), which affects an estimated three million individuals in the United States alone.

The grantees were chosen by the Juvenile Diabetes Research Foundation (JDRF) in the United States and the government-funded Israel Science Foundation (ISF), whose Joint Program in Type 1 Diabetes Research was started in 2010 to encourage and leverage Israeli expertise in autoimmunity and beta cell biology – the two areas critical to conquering T1D. They are the second cohort to receive research grants.

“This special joint program with JDRF has become one of the ISF’s flagships in biomedical research support,” said molecular cell biologist Benny Geiger, chairman of the ISF academic board. Each organization contributed $3 million to the initiative.

Type 1 diabetes is an autoimmune disorder

People with T1D (also called juvenile diabetes) have trouble regulating blood sugar levels because the hormone insulin – responsible for distributing glucose to the body’s cells for energy — either isn’t produced or does not get distributed because the immune system mistakenly attacks and destroys the insulin-producing beta cells in the pancreas.

Daily infusions of insulin keep T1D patients alive, but Israeli immunologists, cell biologists and beta cell experts are working toward a cure by better understanding the mechanisms of the disease.

The second round of JDRF-ISF Israel Initiative funding will support the following projects:

Benjamin Glaser, MD (Hadassah-Hebrew University Medical Center, Jerusalem): Glaser is developing a method of inducing adult human beta cells to replicate. He has identified five candidate genes that may be responsible for beta cell replication, and aims to enable an approach for increasing the number of functional beta cells either directly in the body or through transplantation.

Yehiel Zick, PhD (Weizmann Institute of Science, Rehovot): Zick’s research will attempt to better understand the mechanisms behind a certain gene that protects pancreatic beta cells from being destroyed, with the eventual aim of exploring the gene’s significance in helping beta cells survive under stress.

Ofer Mandelboim, PhD (Hebrew University) and Angel Porgador, PhD (Ben-Gurion University of the Negev): Mandelboim and Porgador hope to develop an antibody that would block a receptor used by “killer cells” from the immune system to destroy beta cells in the pancreas.

The JDRF-ISF Israel Initiative was founded with the help of a seed grant from US residents Neil and Lisa Wallack, parents of a teenage son who has T1D. 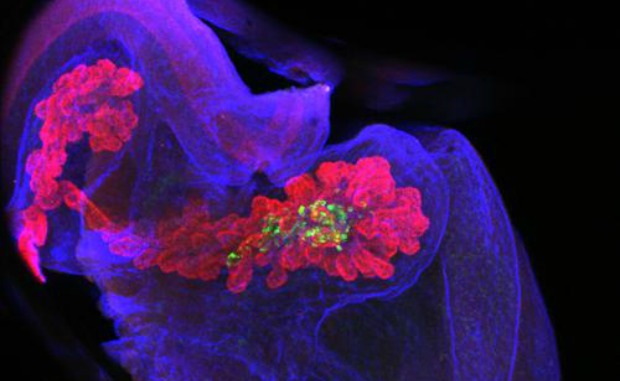 “My parents were among the founders of JDRF in the 1970s,” Lisa Wallack tells ISRAEL21c. This organization is now the largest charitable supporter of T1D research.

“My younger brother was diagnosed at 18 months and now is in his 40s, and our son was diagnosed in 2001 at age five, so we are very engaged. We’ve also been very connected to Israel. We looked for a way to combine those two passions.”

The Wallacks found other supporters of Israel who were affected by T1D and wanted to contribute to the cooperative initiative.

“JDRF has invested in research in Israel for many years,” Wallack says. “We were excited by the idea of a joint program, and they embraced it as a way to further support really cutting-edge research.”

The joint venture also encourages collaborations between diabetes experts and emerging scientists from other fields in hope of accelerating practical applications of scientific advances in understanding the widespread disease. The rate of new T1D diagnoses in children has been climbing in recent years worldwide.

“The JDRF is impressed with the collaboration and cooperation among Israeli researchers across various institutions,” says Wallack. “It creates a more promising and exciting playing field for discoveries in this very complex medical condition. Nothing would make us happier than finding the cure, and finding it in Israel.”

*Searching for the cure to diabetes. Photo via Shutterstock.