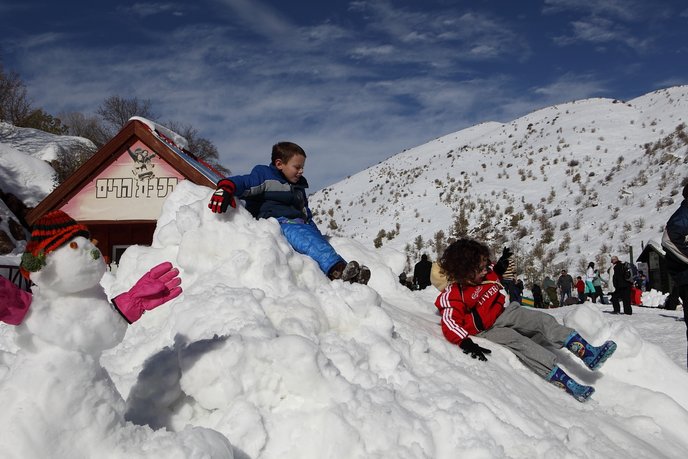 Children and snow on Mount Hermon: perfect together. Photo by Yaakov Naumi/FLASH90 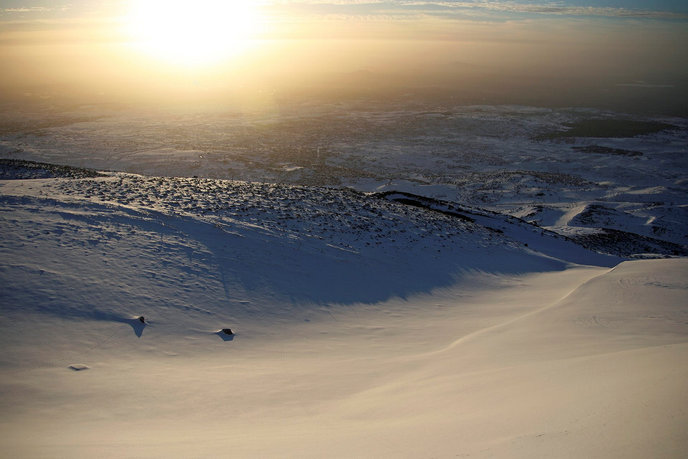 Okay, so it isn’t Aspen.

But Israel’s only ski resort on the Hermon Mountain has churned out a generation of skiers who would not otherwise exist.

“There are far more Israeli skiers now than there used to be,” Stanley Rubinstein, honorary president and former chairman of the Israel Ski Federation (ISF), tells ISRAEL 21c. “As many as 50,000 go to Europe every winter to ski.”

According to the ISF, some 15,000 amateur and competitive skiers belong to 10 Israeli skiing clubs.

Incongruous as it may sound, skiing and snowboarding have become popular among Israelis, thanks to the Hermon site.

“Every type of Israeli skis nowadays,” says Rubinstein, “and most of them start on the Hermon.” 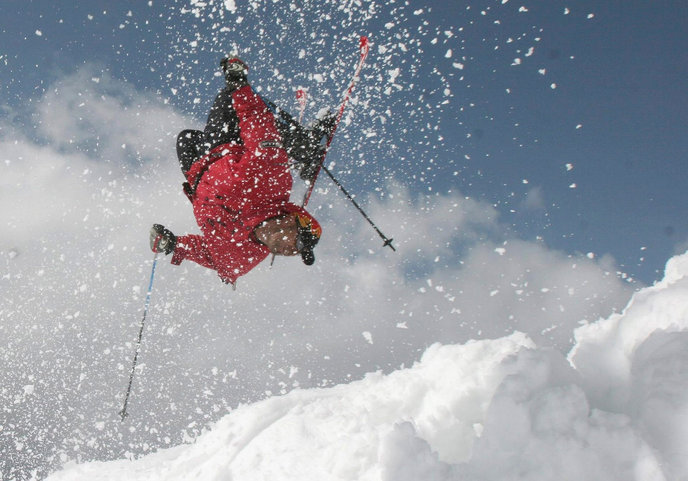 An Israeli skiier in the Hermon. Photo by Haim Azulay/FLASH90.

The resort first opened in December 1971, just months after Rubinstein arrived in the country from New York. “I worked as a ski instructor for the first seven years,” he recalls.

In those days, there was only one ski lift and a tiny local skiing fraternity. The resort underwent a development boom after the Knesset passed the 1981 Golan Heights Law, which brought the area under Israeli jurisdiction.

Now the site covers almost 600 acres and includes 10 chairlifts and cable cars; more than 40 kilometers of trails from novice level to competitive professional standard; a ski school with at least 100,000 alumni; shops; equipment hire; and several eateries, including a cafeteria at its summit. Two of the pistes are recognized for Olympic-level races by the International Ski Federation (ISF).

The summit cafeteria, reached by chairlift, has breathtaking panoramic views of the Hermon range and northern Israel.

The site is the world’s only ski resort inside a military area. Nestled between borders with Lebanon and Syria, it cannot expand any further.

“We’ve learned to live with this reality,” says Shaul Ohana, the site manager.

Rising from 1,640 meters above sea level to 2,073 meters, Ski Hermon can cater to 12,000 visitors a day. About 300,000 pass through its gates every winter, and another 40,000 during the tranquil summer months, when the cafeteria at the summit becomes the launching point for treks and mountain-bike excursions through the surrounding national parkland.

Children and snow on Mount Hermon: perfect together. Photo by Yaakov Naumi/FLASH90

“It’s a nice, medium-to-small resort by European standards,” says Ohana. “What is special about this place is that it’s excellent for snowboarding.”

“Skiers are going over to snowboarding in droves,” says Roy Itelson, who oversees the ISF’s snowboard department.

“We have young, talented and motivated snowboarders in Israel, attracted by the fact that it’s both an extreme sport and an Olympic event. We see a great future for snowboarding in Israel,” says Itelson.

In 2009, an area of the site was closed off for experienced snowboarders, including a 500-meter trail and four funboxes for the helmet-clad risk-takers to perfect their stunts. In another area, youngsters can frolic down a gentle decline on plastic toboggans.

The ski school, which can accommodate 500 students a day, features a “conveyor belt” for beginners to quickly return to launch point, making the learning process much more efficient.

Of course, everything depends on whether the snow falls.

“The Hermon used to get in two or three months of good snow every winter,” sighs Rubinstein. “Now, thanks to global warming, we’re lucky to have two weeks.”

Ohana remains stoic. “We just look to the heavens and hope to see snow,” he says. 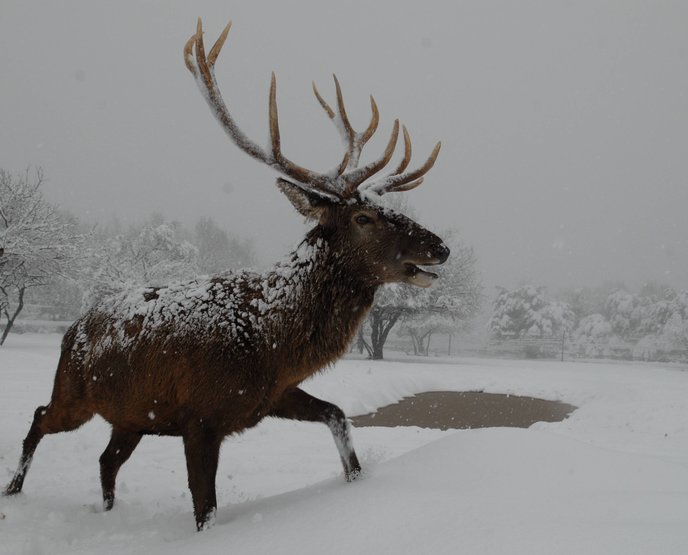 An Ibex walking through the Odem Forest in the Hermon reserve. Photo by Hamad Almakt/FLASH90

In the meantime, about NIS 35 million has been invested in improving service in recent years, he says. “We’re constantly upgrading the infrastructure and expanding our ability to absorb more visitors. This includes more and better parking spaces and shuttle connections.”

Visitors can now stop at the new ski equipment store at the nearby village of Neveh Ativ, on the way to the resort, to rent gear and take in the surroundings. Another bottleneck has been widened by computerized cash registers and ski passes that open cable-car gates automatically, says Ohana.

Coexistence on the pistes

Many of Ski Hermon’s employees are from the Golan Druze community, especially the picturesque village of Majdal Shams just down the hill. Having grown up in these hills, they take to skiing easily. Now most of the site’s professionally-trained ski instructors are Druze.

“We exist side-by-side and have no problems,” says Ohana, a resident of Neveh Ativ.

The relationship has proved mutually beneficial, and a sumptuous meal at one of Majdal Shams’ authentic eateries has become an obligatory stop for many Ski Hermon regulars.