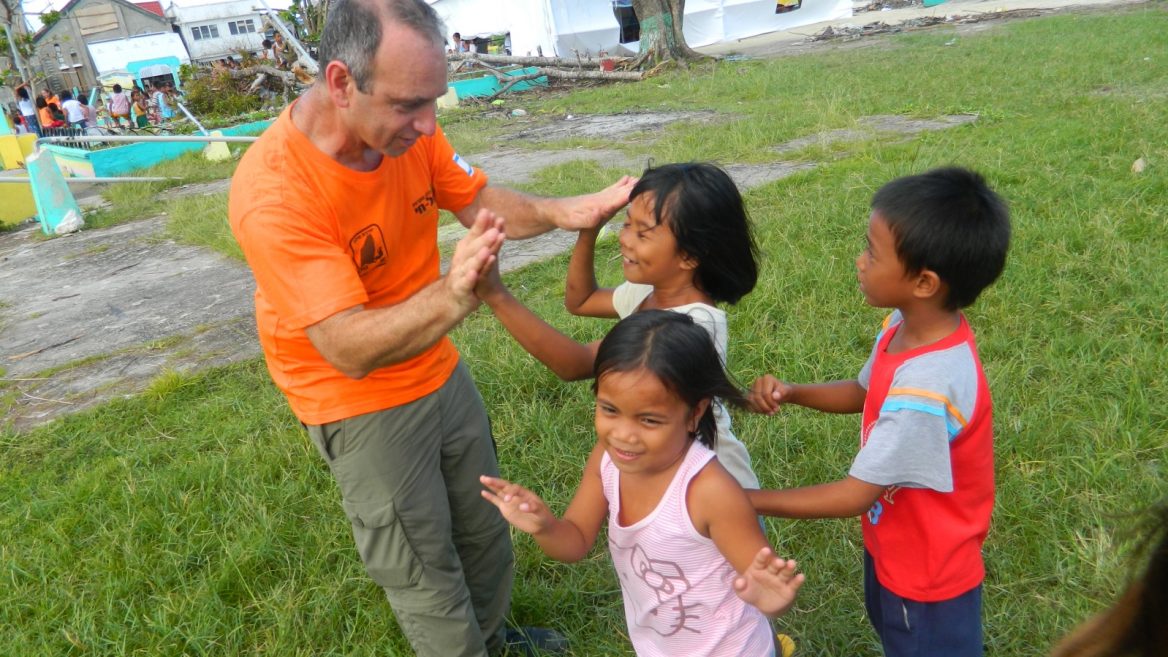 When dealing with someone in psychological trauma, most people instinctively hold, calm and soothe the person.

That may be well-intentioned but it’s not helpful, according to clinical social worker and volunteer medic Moshe Farchi, whose counterintuitive approach recently was adopted as the Israel Health Ministry’s national model for psychological first aid.

Farchi is head of Stress, Trauma & Resilience Studies at Tel-Hai College, and is teaching and using his method in several other countries as well.

While serving as a reserve mental-health officer in the Israel Defense Forces over the past decade, Farchi noticed that the approaches used to help traumatized soldiers in the field simply weren’t effective. Then he began seeing new research showing the scientific reasons for that failure.

He determined to create a new psychological first-aid model based on the latest science and easily implemented by anyone on the scene, not only by mental-health professionals who aren’t as likely to be available immediately.

“I wanted to provide something the whole community could do,” Farchi tells ISRAEL21c.

The Six Cs model calls for activating the traumatized person mentally and physically. Activating might mean assigning a task, asking the person to take a walk or giving them decisions to make. Often those in trauma aren’t hurt but have witnessed or otherwise been involved in a frightening situation.

But even injured people in psychological trauma can be given small decisions in order to feel in control, says Farchi. They can be offered a drink of water or asked to direct first-responders where to stand, for instance.

The success of the Six Cs model has been documented. For example, in the summer of 2014, residents of an Israeli town on the Gaza border who were traumatized by rocket fire did not develop post-traumatic stress disorder if they had been treated on the scene according to Farchi’s protocol.

“Activating the amygdala by calming the person emotionally causes the prefrontal cortex to decrease its function, and vice versa,” says Farchi. “We need to reduce the dominance of the amygdala, so actually we should speak cognitively rather than emotionally.”

Emotional communication (“Of course you’re scared”) only reinforces the person’s feeling of helplessness, while cognitive communication shifts attention from emotions to actions.

“Instead of stabilizing the feeling of being scared, we activate the person. We might say, ‘Tell me how many people are around you. Can you count them? How many people are lying down?’ It takes about 90 seconds to shift the person from passiveness to a person who can be helpful to himself and others,” says Farchi, 55.

Since 2013, Farchi’s Six Cs model has been taught to every IDF soldier. In November 2013, Farchi led a delegation from his program at Tel-Hai College to work with victims of the Philippines typhoon in coordination with Israeli humanitarian organizations Brit Olam and Natan. 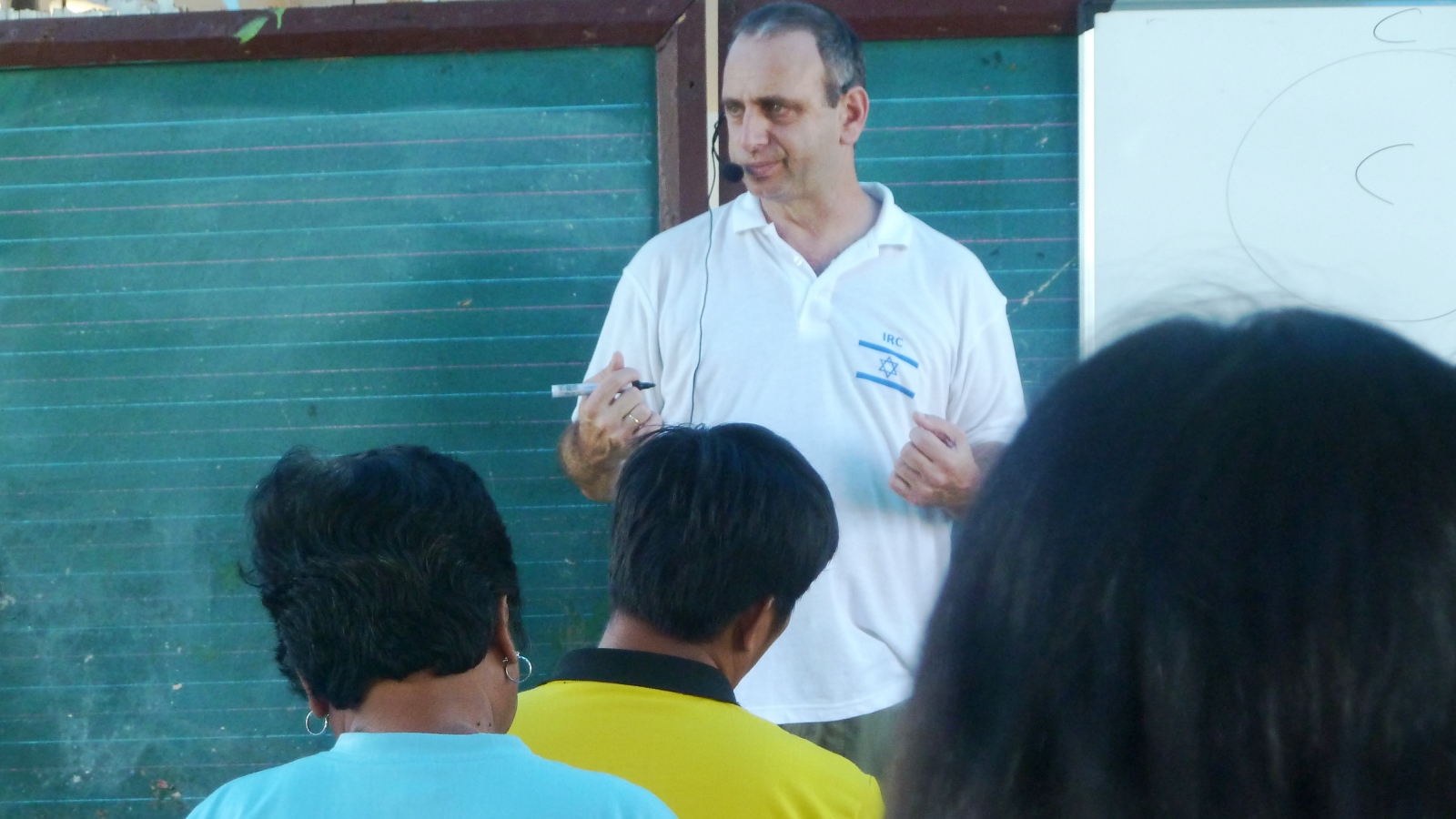 “People going through a traumatic event are very confused and cannot synchronize the event in logical order, and that means the endpoint of the event is also not synchronized,” says Farchi, who volunteers for the Golan Search and Rescue Unit in Israel.

After a suicide bombing last May in Manchester, Farchi immediately flew over to teach community members his method and returned this summer to train first-response trainers.

He went to Argentina twice to train firefighters, and has taught his method in Haiti and in Germany as a member of Natan’s psychosocial team.

All Israeli first responders are now learning the method, and the Education Ministry will start training high school students in Farchi’s method too. “I hope in the next two or three years the whole population will know how to do this,” he says. Training takes only a couple of hours.

Family therapist and EMT Miriam Ballin, director of the United Hatzalah Psychotrauma and Crisis Response Unit, says that previously, training for the two-year-old voluntary unit’s 150 mental-health workers and 150 medics was based on World Health Organization (WHO) psychological first-aid protocols. 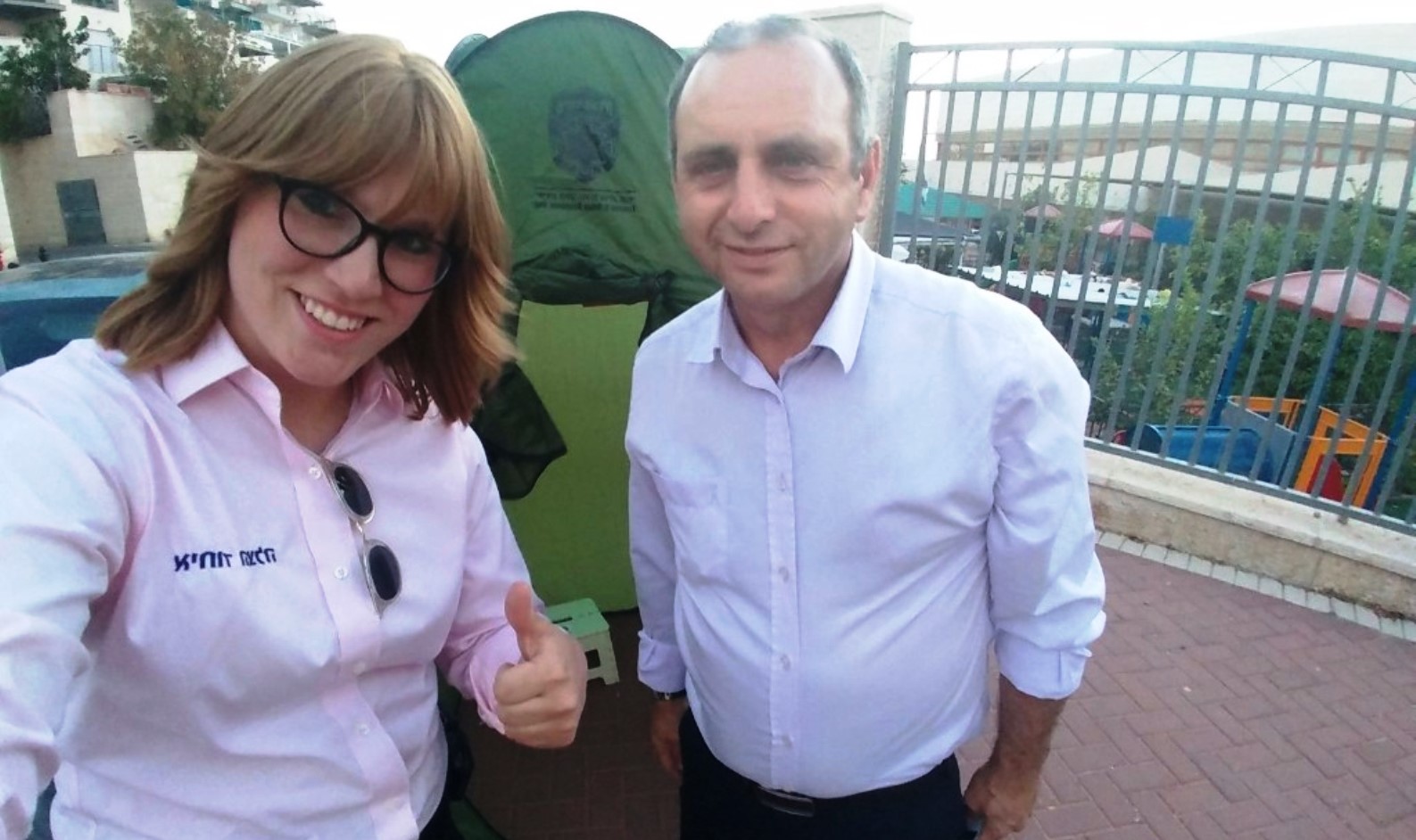 “We are happy to collaborate with Dr. Farchi through the Health Ministry to implement his protocol and we hope it will allow us to give a whole other level of care to the patients we meet in distressing circumstances,” Ballin told ISRAEL21c in early August.

She got an opportunity to use the Six Cs method not long afterward as part of her team’s work with Houston flood victims in August 2017.

“We always like to advance our skill sets. We meet people on the worst day of their lives and want to do all we can to ease them through that crisis period,” she says.

UNCOVER ISRAEL - Get the ISRAEL21c
Weekly Edition free by email
Sign Up Now!
Bring Israel's story to life.
Millions of people around the world rely on us to gain a deeper understanding of Israel. We are the trusted source for original content you won't find anywhere else.
You can make a difference. Donate today to support journalism that brings Israel’s story alive.
SUPPORT ISRAEL21c
Read more on:   Social Action, Health, Trauma care, Moshe Farchi, Humanitarian Aid