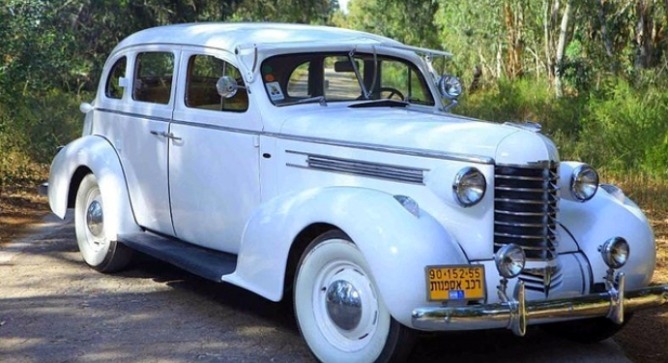 An Olds sedan with an Israeli license plate.

Tel Aviv resident Joseph Tsur, 80, normally rides buses in the city. But when he needs to go somewhere off the beaten track, he fires up his chocolate-brown 1966 Dodge Dart and heads to the highways and byways. Onlookers regularly cut him off, begging him to sell his classic car.

“I am not kidding, madam,” he tells ISRAEL21c. “Once I was even offered $160,000 in cash for my car. What am I going to do with the money? I don’t need it. I want to leave something to the generations of my grandkids.”

Tsur doesn’t stoke the image that vintage car collectors own a hangar full of hot rods. His parking space in Tel Aviv has room for only one, and one is all he owns.

As the international liaison for the Israeli vintage car club — known locally as the Five Club and more formally as the ICCVC (Israel Classic and Collectors Vehicle Club) — Tsur is happy to talk about the unexpected phenomenon in a country still thought to be using camels for transportation.

Tsur traces the unusual hobby of vintage car collecting in Israel to its once ambitious car industry. Between the 1950s and 1970s, Israelis assembled Studebakers and Fords, as well as Japanese Hino models. And from 1951 to 1981, Israel Autocars manufactured more than 100,000 fiberglass-shelled Sussita, Carmel, Gilboa and Sabra Sport automobiles.

“Just rumor,” he says about the urban legend that the brand’s demise was caused by camels munching on the fiberglass. 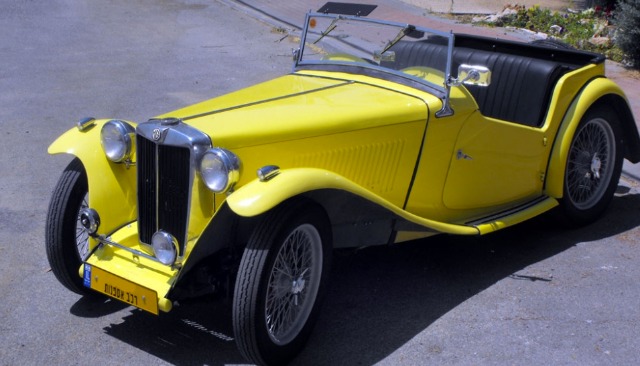 Some of these near-extinct Israeli-made cars have made it into collectors’ hands abroad, says Tsur. He is friends with a man in Portugal who owns a Sabra Sport, which he says can be compared to a Lamborghini, kind of. “Well, not exactly the Lamborghini, but similar.”

Today there are thousands of collector cars in Israel, with about 700 people part of the 28-year-old club, linked since 2000 to the international FIVA Club based out of France. The club helps import about 200 cars a year, mainly from the United States. Tsur goes to FIVA meetings to represent Israel.

The Israeli club originally started to help owners of cars older than 30 years to pass vehicle inspection tests, get insurance, restore their cars, find parts and import cars to Israel. They banded together to help ease import burdens and regulatory issues associated with driving these cars. 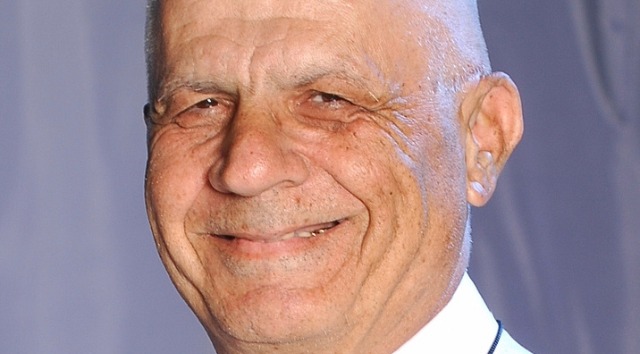 Tsur bought his ’66 in 1979. It was not considered vintage till years later.

“It wasn’t a collectable vehicle then, just an ordinary vehicle and I kept it. I found it was something unique because you can keep it as long as you wish,” he says. “You don’t need exact original parts. It can work with very basic old vehicles.”

The electrical components in his Dart must be tuned up by a “good electrician –– all the rest I can do,” says Tsur, an accountant by profession who also coordinates the Biblical Crops Society of Israel.

Still driving? “I am driving when it is necessary,” he answers. “At 80 years old I am not looking for adventures, so it’s really when there is no other option. There are the Saturdays and so on. Also in special cases when we don’t have a convenient bus service. Living in Tel Aviv, normally I am just taking the bus because of the parking problems. [The Dart] is a long car.”

Tsur also travels around the world. He met a Syrian FIVA member once, who didn’t talk to him, and at another event he got to mentor and tutor a Moroccan delegate before Morocco was officially accepted to the club as a member country. The relationship between the Israeli and the Moroccan remains friendly.

Being a member of the club has more benefits than just import paperwork and passing emissions tests. The website (in Hebrew) boasts a full schedule of rallies, showcases and meetings across Israel. Every February or March, Five Club members meet for a general assembly featuring special showcases.

But don’t wait until then: Any event may be a good chance to find Tsur driving his chocolate Dart. He may even let you go for a ride.

UNCOVER ISRAEL - Get the ISRAEL21c
Weekly Edition free by email
Sign Up Now!
Bring Israel's story to life.
Millions of people around the world rely on us to gain a deeper understanding of Israel. We are the trusted source for original content you won't find anywhere else.
You can make a difference. Donate today to support journalism that brings Israel’s story alive.
SUPPORT ISRAEL21c
Read more on:   Culture, Lifestyle, Five Club, cars