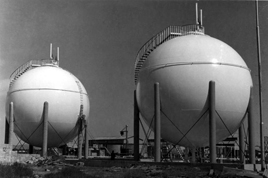 Amidst all of last week’s dark and frightful Middle East news headlines was one bright spot: the announcement to the Tel Aviv Stock Exchange that Israel will supply up to $15 billion in natural gas over 15 years to Jordan. The deal is a boon to our developing offshore industry and reinforces relations with our neighboring states. The supplier is Leviathan, whose main investors are Noble Energy of the US and Israel’s Delek Corp.

According to the entry in the Jewish Virtual Library online, “As of January 2014, the Oil & Gas Journal estimated Israel’s proved reserves of oil at 11.5 million barrels and its proved reserves of natural gas at 10.1 trillion cubic feet (Tcf). While neither figure places Israel in the top-40 globally, these totals are significantly higher than they were a few years ago.” In addition to export potential, natural gas is expected to play a significant role in Israel’s energy future.

One important entity in Israel’s energy past is Oil Refineries (also known by its Hebrew acronym, BAZAN), controlled by Israel Corporation and Israel Petrochemical Enterprises. Oil Refineries’ twin cooling towers have been a Haifa landmark since their completion in the 1960s and the company’s history — like other major infrastructure fixtures — is intertwined with that of the modern-day State of Israel. 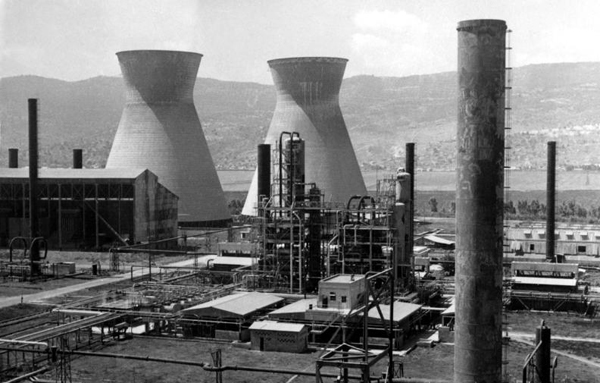 Oil Refineries origins, according to Wikipedia, “date to the British Mandate for Palestine when Consolidated Refineries Limited (CRL), a joint venture of Shell and the Anglo-American Oil Company (now Esso), started constructing the complex which sat at the end of the British-built Mosul-Haifa oil pipeline which stretched from the oil fields near Kirkuk in then British-controlled Iraq.” 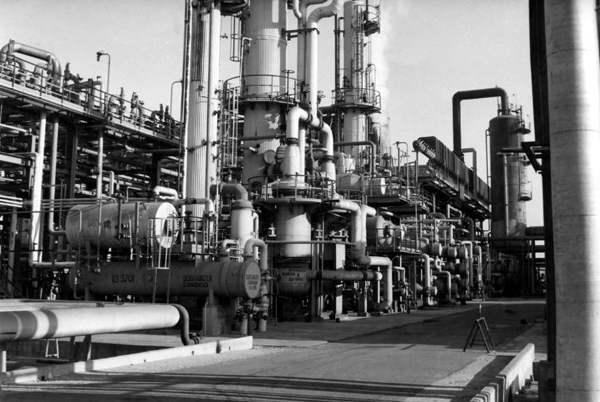 “Construction of the refinery started in 1938 and was carried out by the M. W. Kellogg Co. with assistance from Solel Boneh, and was completed in 1944. During World War II, the complex supplied refined products to British and American forces operating in the Mediterranean and North African theaters, and was bombed 21 times during the early stage of the war, though the damage it suffered was quickly repaired. Due to concerns about the Arab League Boycott, the British Government sold CRL to the State of Israel in 1958 which then changed its name to Oil Refineries Ltd.” 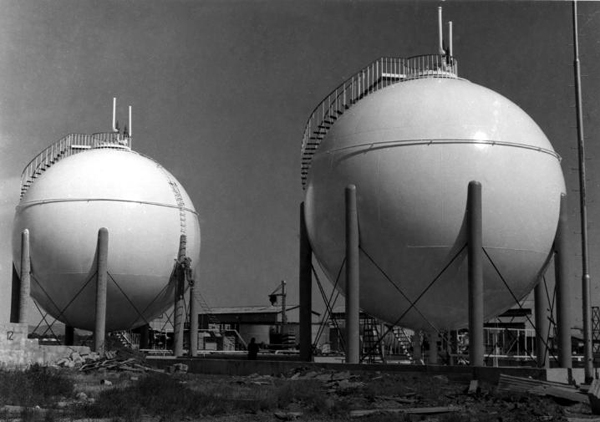 For decades, the company was the country’s oil refining monopoly. “This changed in 2006, when the Ashdod facilities were sold to the Paz Oil Company, while at the same time Oil Refineries became a public company and its shares were listed on the Tel Aviv Stock Exchange.”

As of March 2011, after being connected to the new national natural gas distribution grid, Oil Refineries plants began to switch from oil to natural gas as an input chemical and as a main power source, reducing air pollution as well as the more expensive oil fuel costs. A domestic supply of natural gas also circumvents the disruptions experienced in the supply from Egypt since 2012. 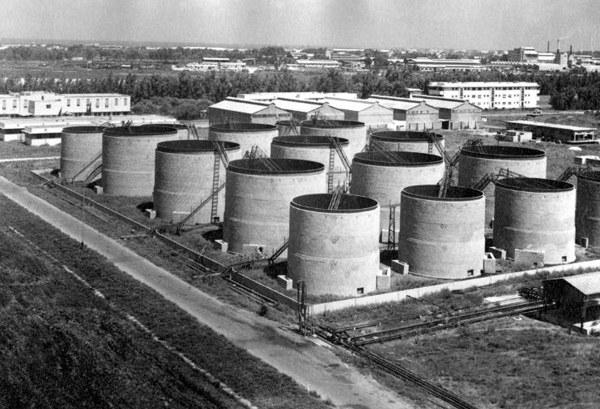 The images presented are from the Oil Refineries Haifa archive of the Historical pictures of the Holy Land and the State of Israel collection at the Digital Media Center of the University of Haifa Library.