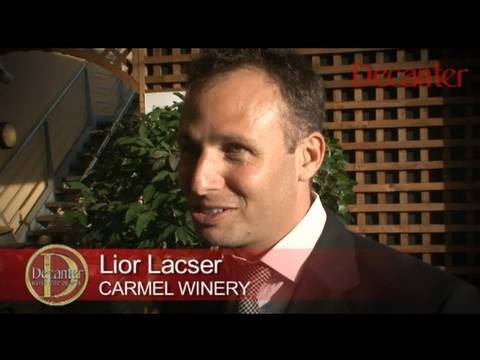 Carmel Winery walked in to the Decanter World Wine Awards expecting a regional prize, and walked off with the main trophy. Decanter called it the “sensation of the competition.”

“This is the Oscars of wine awards in England, the center of the wine trade worldwide,” Carmel Wine development director Adam Montefiore tells ISRAEL21c.

When Montefiore joined Carmel in 2002, Israel’s oldest winery was set to ride the wave in a gathering tide of Israeli wine excellence, as top producers imported young experts and sent their winemakers to learn from masters abroad.

“We grow wine, not grapes”

“Carmel was known only 10 years ago as a company that produced grape juice and supermarket wine,” he says. “Since then, we have created a presence in the quality market of wine shops, exports and restaurants. We have built new boutique wineries, took on a new young winemaker trained in Australia along with a whole new management and shifted our emphasis to single vineyard wines. It has been a real revolution.”

Montefiore sees it as a comeback rather than a novelty. Established in 1882 as a vintners’ cooperative with financing from Baron Edmond de Rothschild, Carmel produced the first Israeli wine to win a medal at a wine show in the early 1900s.

The 240 employees at Carmel’s four facilities turn out approximately 15 million bottles a year from grapes grown on 3,472 acres in vineyards spanning the length of the country.

“We grow wine, not grapes,” Montefiore stresses. “Wine is an agricultural product and 90 percent of the result depends on the work in the vineyard because you can’t get good wine from bad grapes.”

Israel has “the best farmers in the world,” asserts Montefiore, paired with cold fermentation technology gleaned from experts in California, Chile and Australia.

Wine connoisseur Rothschild built Carmel’s two main wineries – the largest ones in Israel – in Rishon Le Zion near Tel Aviv (in 1890), and in Zichron Ya’acov in the Upper Galilee (in 1892). A new Center for Wine Culture recently opened at Zichron with a shop, restaurant, tasting rooms, cinema and barrel room. A bit of history: Israeli prime ministers David Ben Gurion, Levi Eshkol and Ehud Olmert all had jobs at Carmel in their youth, and Israel’s first electricity and telephone lines were installed at the Rishon Le Zion location.

Carmel’s two smaller wineries specialize in handcrafted wines. Both of them – Yatir in the northeastern Negev and Kayoumi in the Upper Galilee – have received international accolades. 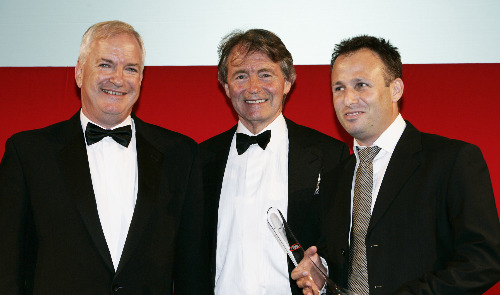 British-born Montefiore was onstage at London’s Royal Opera House on September 2, to receive the award for Kayoumi’s Single Vineyard Shiraz 2008, along with Carmel chief winemaker Lior Lacser. The Israeli selection, which retails for about $33, bested some of the most renowned brands of Syrah and Shiraz. And it was one of just 27 wines of 10,983 entries to win an international trophy.

“I do not believe there has ever been an award so big for Israeli wine,” says Montefiore, who had flown in to receive a regional award and was taken by surprise when the Shiraz captured the trophy. “Decanter wrote that it was the sensation of this year’s competition and possibly of every year’s competition.”

An “intense and voluptuous” wine sensation

England’s Decanter is one of two influential wine magazines – the other is Wine Spectator in the United States – that are responsible for global trends. Its tastings director, Christelle Guibert, noted after the competition that although Israeli wines “are by no means insignificant, … this is the first time they have taken a trophy from under the noses of the traditional producers.” 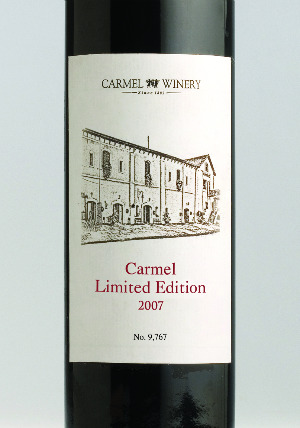 She added that “any Shiraz producer would be proud” of the expert judging panel’s description of the Kayoumi selection as “intense and voluptuous on the palate, plenty of oak with great persistence and texture.”

The company’s wines, particularly Yatir selections, can get as pricey as $250 per bottle. But Carmel is not only reaching for the high-end market.

“We are big enough to be in every market, offering every wine style for every price and taste, which gives us a lot of options,” says Montefiore. Carmel still makes sweet sacramental wine and grape juice, but ceased lines of gourmet foods and liqueurs to concentrate exclusively on grape-derived beverages.

Montefiore encourages wine novices to ignore peer pressure and “rules” and simply “go for what you like, even if it’s fizzy or cheap. Don’t taste. Just drink and enjoy it. But if you’re prepared to experiment, it will open up a whole new world of fun.”