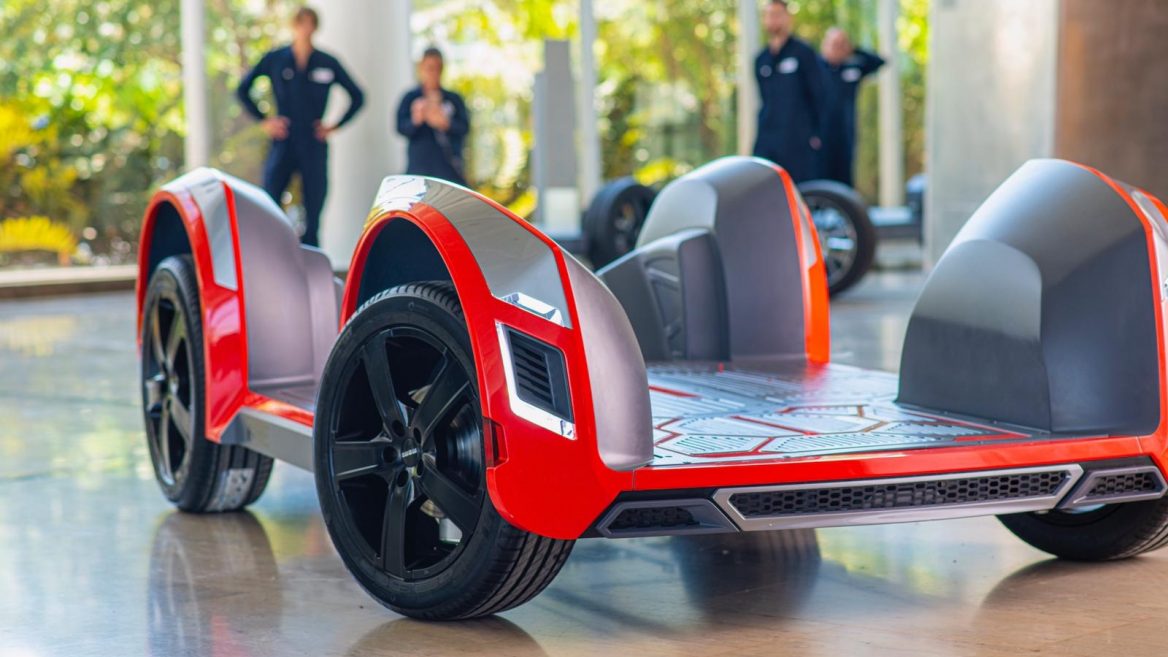 Technology entrepreneurs delight in disrupting established industries, from textiles to healthcare to agriculture.

Changes in automotive manufacturing have been tougher to sell because no matter how many computers are put under the hood, the cars themselves “are still being built on 100-year-old concepts,” Daniel Barel, CEO of Israeli automotive startup REE, tells ISRAEL21c.

REE aims to bring the vehicle’s very design into the 21st century. Gone is the engine in front and the traditional mechanics around steering columns, suspension, transmission and more.

Instead, REE has invented a modular platform that looks a bit like the hoverboards you see young people gliding around town on: a flat panel the company calls a “skateboard chassis” that houses the car’s major components – including brakes, thermal systems, motor and drivetrain – right next to the wheels.

It’s no exaggeration that the company’s technology “reinvents the wheel” because it fundamentally changes how vehicles are built.

REE is developing a single chassis for different types of vehicles. Photo: courtesy

Barel and the REE team worked on their concept for six years under the radar. “We made the strategic decision to remain in stealth until our technology was ready to be presented and our go-to-market strategy was in place,” Barel told ISRAEL21c in July.

Key to that market strategy is cost. A single REE platform can be used for multiple types of vehicles – from a high-performance car able to do 0-60 in under three seconds to a 10-ton truck. 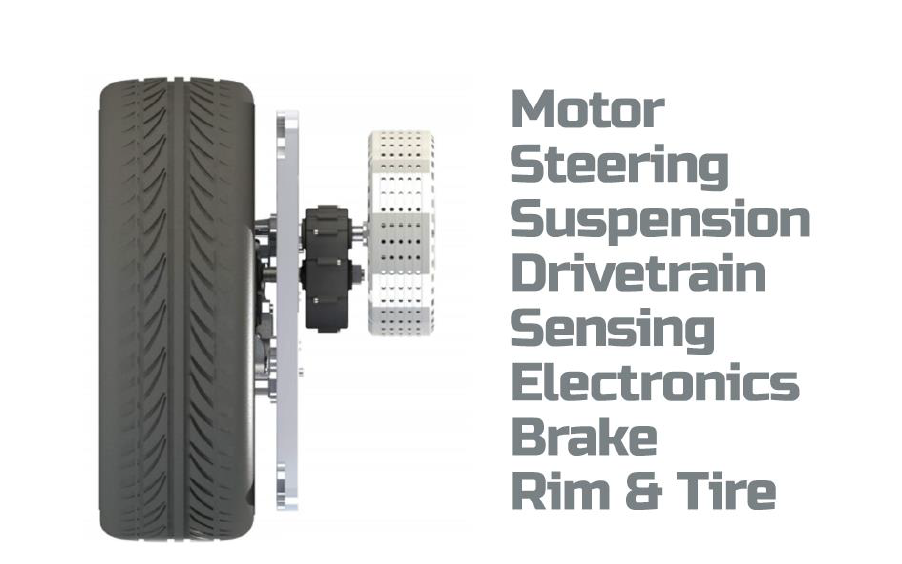 REE puts the mechanics of the car right next to its wheels. Photo: courtesy

“The design and validation of each platform traditionally costs manufacturers billions of dollars,” Barel says. By re-using the same design, the cost savings should be substantial.

The REE platform is also lightweight, which is a major benefit for electric cars because the heavier the vehicle, the faster the battery gets depleted.

Moreover, “having a completely flat skateboard chassis allows for more batteries to be installed,” Barel explains. Essentially, the entire floor of the vehicle can become one large battery pack.

Having a lightweight platform will also allow commercial vehicles to carry a heavier load. “That’s a strong incentive for business,” Barel says.

REE’s engineers also designed a gearbox that weighs only 6 kilograms as opposed to the typical 100 to 200 kilograms.

Looking at the industry with fresh eyes

“We didn’t want to create [just] incremental change by minimizing or reducing the weight of current designs,” Barel tells ISRAEL21c.

Rather, REE aims to spark a true revolution on wheels by “looking at the industry with fresh eyes” from outside the automotive sector.

“Our relative ignorance of the automotive world [is] our biggest strength,” Barel told the tech publication New Atlas. “We’re not confined by the old concepts and paradoxes of how things should look and how things should work.” 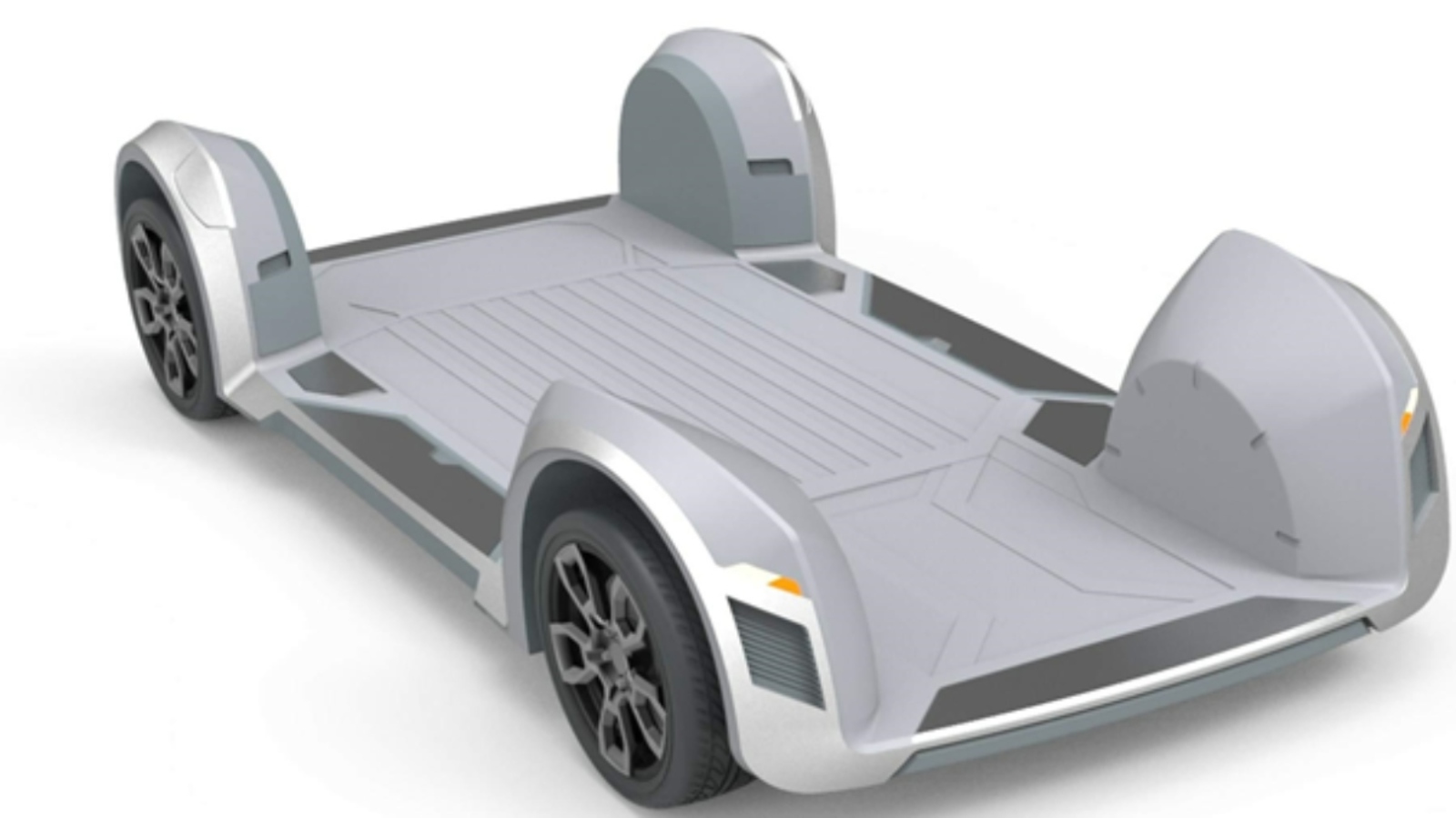 The low center of gravity in REE’s design enhances agility and stability, while the platform’s modular structure “allows components to be easily replaced,” Barel adds, resulting in simpler servicing.

REE’s design requires no direct mechanical or hydraulic input from the driver. Everything is electronically controlled. For example, when you press on the brakes, sensors send a signal to the system’s “brain,” which relays the message to the wheels.

The REE platform will allow manufacturers to choose whether they want adaptive steering, front-wheel steering, all-wheel steering or electronic steering for each model. Electronic control is particularly appropriate for autonomous cars, which won’t have steering wheels.

The timing for REE to come out of stealth mode was right in part because the transition to electric vehicles, as well as some early versions of autonomous vehicles (all of which will be electric) is finally picking up speed, with every major car manufacturer now launching electric designs.

When REE began making the rounds of automotive manufacturers, “we were really just hoping they’d take our call and not laugh too hard,” Barel admits. “To our amazement, they didn’t just take the call. Not only did they like it, but they actually asked to invest in us and be our partners.”

REE is now collaborating with Mitsubishi (which is in a strategic partnership with fellow carmakers Renault and Nissan); auto-parts manufacturers Musashi Seimitsu, Linamar and Tenneco; and semiconductor leader NXP. There has been interest from Chinese car manufacturers as well, Barel says.

REE is operating as a unit of SoftWheel, Barel’s first vehicle venture. That startup, still managed by Barel and his REE cofounder Avishay Sardes, develops shock-absorbing wheels for wheelchairs and bikes. SoftWheel has raised $40 million, some of which is being used for REE. It was at SoftWheel, Barel says, where he first “learned to create disruptive technology.”

Musashi was also an investor and manufacturing partner in SoftWheel, which opened the door for the Japanese giant (partly owned by Honda) to partner with REE.

We asked Barel if existing carmakers might be resistant to moving over to the REE platform, since it’s so different than what they’re used to. Barel says the opposite is the case.

“Carmakers are extremely open to the significant changes REE is offering the industry,” he tells ISRAEL21c. The cost savings, the flexibility and the light weight will allow manufacturers “to launch models far faster to market, cutting [development] cycle times significantly.”

If Barel is right and REE catches on, cars will soon look and function very differently than in generations past.