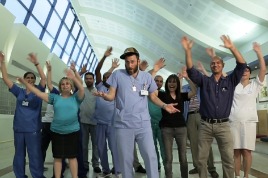 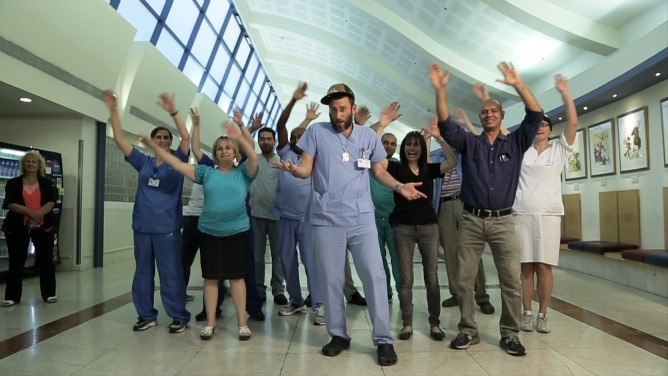 Most hospitals shy away from being linked to anything viral. But Shaare Zedek Medical Center in Jerusalem has released a viral video that is winning them big points with viewers.

Hygiene – especially in hospitals – is crucial to keeping viruses and bacteria at bay.

Millions of people around the world get sicker from infections they contract in hospitals than from whatever they had upon checking in.

While Israeli companies have come up with numerous inventions and innovations in this field, the old-school practice of washing one’s hands continues to be the gold standard in cleanliness. 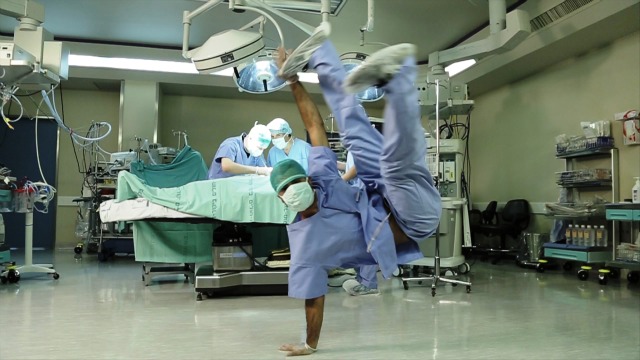 So, doctors, nurses and medical personnel at Shaare Zedek – which opened its doors in 1902 — made a rap about washing hands. It’s witty and highly entertaining. Within the first week of being posted on YouTube, the video scored more than 130,000 hits.

The original lyrics are in Hebrew and although they are quite punny, the video can be understood without knowing the language. But the hospital fielded high demand for an English version and has now released a subtitled video a month after the original.

The hospital reworded lyrics to the popular Israeli rap song “Raise Your Hands” by TACT and instead sings: “So put your hands under the water, add soap and wash away the virus.”

UNCOVER ISRAEL - Get the ISRAEL21c
Weekly Edition free by email
Sign Up Now!
Bring Israel's story to life.
Millions of people around the world rely on us to gain a deeper understanding of Israel. We are the trusted source for original content you won't find anywhere else.
You can make a difference. Donate today to support journalism that brings Israel’s story alive.
SUPPORT ISRAEL21c
Read more on:   Shaare Zedek Medical Center, Spotlight on Israel, Hospitals