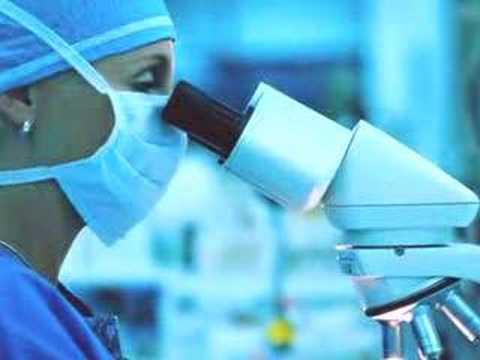 Yaron Shmueli was on his way home on an airplane when he first read an article on LifeMel Honey, a new natural immune system treatment developed in Israel for cancer patients. It touched a nerve. Years earlier Shmueli had tried desperately to find some kind of therapy – holistic, natural or conventional – for his father-in-law, who was suffering from carcinoma of the digestive system. Nothing worked and his father-in-law died.

LifeMel Honey, Shmueli realized, could have been an answer. He was galvanized into action, and today he and his US partner Moshe Begim have founded New Horizon, to exclusively distribute the honey in the United States.

It took 30 years of research to develop LifeMel Honey. Produced by bees fed on a special nectar derived from 40 therapeutic herbs including Siberian ginseng, Echinacea,uncaria tomentosa, and other natural ingredients such as iron, protein and vitamins, the honey has been shown in a clinical trial to be effective in decreasing the incidence of anemia in cancer patients undergoing chemotherapy.

In the trial on 30 patients, carried out at Sieff Hospital in Tzvat by Prof. Jamal Ziden, Dr. Moshe Stein of Rambam Hospital and Prof. Eitan Friedman of Sheba Medical Center, 64 percent of the patients showed a decrease in anemia and the incidence of severe neutropenia. In addition, the honey was found to lower the incidence of potentially fatal thrombocytopenia (low platelets).

“The patients taking part in this trial were the kind who had no other solution,” says Shmueli. “They had already taken shots to boost their immune system and these had failed.”

The authors of the study, which was published in the Journal of Medical Oncology, concluded that “LifeMel Honey is a very expensive, safe and effective method of preventing chemotherapy-induced pancytopenia.”

The honey has no side effects and is completely natural – other than collecting the honey from the hive and packing it, the honey is not artificially treated in any way. Patients are recommended to eat two teaspoons a day, once in the morning and once in the evening. The benefits, according to Shmueli, can be felt in as little as six or seven days.

Many think of the honey as a lifesaver and there are numerous testimonials affirming just that. Apart from celebrities such as Sienna Miller and Kylie Minogue who are said to be huge fans, many ordinary people suffering cancer have reported enormous benefits to their health and quality of life.

Dr. Heime Geffen, a 76-year-old Canadian claims he made a remarkable recovery from leukaemia, after taking the honey. Diagnosed with the illness in October 2006 after radiation therapy for another form of cancer, his doctors abandoned chemotherapy in February of this year because his blood counts were too low.

“I had deteriorated physically to the point where I was virtually bedridden,” says Geffen, a former family doctor. “I couldn’t eat, I had sores in my mouth and I felt dreadful.”

In April he began taking the honey twice a day on the recommendation of his son-in-law who had heard about it from an oncologist in Israel. Within a week, he said he began feeling stronger and his blood counts began to improve. By mid May they were virtually normal. Within months he was back on the golf course.

At $79.95 for a four-ounce jar, LifeMel isn’t for idle consumption. The honey, probably the most expensive in the world, went on sale in the US a few months ago, and is also on sale throughout Europe and Israel. In the UK, the honey is now on sale in the pharmacy section of Harrods, the country’s premier department store.

The idea behind LifeMel Honey came from Dr. Alexander Goroshit, a Russian immigrant to Israel. In the 1970s, as a medical student in the Soviet Union, he was involved in a medical project charting cholera cases in a village in the Russian countryside.

Goroshit made a map of the village and noted all the houses where the disease had hit. He was surprised to find two areas where there had been no cases of cholera at all. He visited both areas and discovered they were populated by the families of beekeepers. Goroshit was fascinated and began to research the topic of honey, bee-keeping and medicinal plants.

In the early 1990s, Goroshot immigrated to Israel. Shortly after arriving he decided to set up a company in Kiryat Shmona to continue his research. He was awarded a grant from the Office of the Chief Scientist. A few years later, Goroshit set up Zuf Globus Laboratories with funding from angel investors.

Originally Zuf Globus was giving the honey away to cancer sufferers in Kiryat Shmona. Doctors at Sieff Hospital were so amazed by the differences they were seeing in the white blood cell counts of some of their patients, that they approached the company in order to do a clinical study.

Today Zuf Globus develops many different types of medicinal honey including Dermomel, a honey designed to reduce the suffering that pressure sores cause the elderly. LifeMel was originally created to help a member of staff who was suffering from acute anemia.

The company is also researching new potential honey treatments including one for AIDS sufferers, and another for treating women going through menopause. Clinical trials are now taking place on both these new honeys, and should be completed within the next few months. Trials are also taking place on a honey to build the immune system.

“This is a fantastic story about how bees can help treat cancer patients,” says Shmueli. “People who have to undergo chemotherapy don’t have too many alternatives. We are trying to help them.”

UNCOVER ISRAEL - Get the ISRAEL21c
Weekly Edition free by email
Sign Up Now!
Bring Israel's story to life.
Millions of people around the world rely on us to gain a deeper understanding of Israel. We are the trusted source for original content you won't find anywhere else.
You can make a difference. Donate today to support journalism that brings Israel’s story alive.
SUPPORT ISRAEL21c
Read more on:   Health, Alternative medicine, Cancer, Environment, therapy