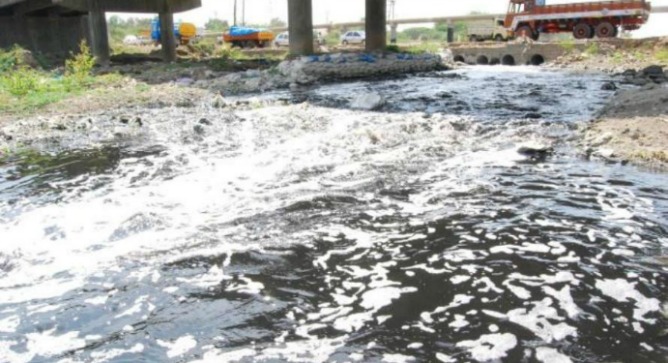 Oren, an expert on water desalination from Ben-Gurion University, spent his sabbatical year setting up a water research laboratory at Karunya University in Tamil Nadu state. A passionate advocate of water rights, he saw the effects of river pollution on local people, agriculture and wildlife and decided to return to Tamil Nadu and help local water experts save the dying Noyyal.

“Water pollution is a very serious problem, including because water from the Noyyal River is used by local farmers for irrigation. But now they can’t use the water, so it affects food production,” Oren told ISRAEL21c in a telephone interview from his laboratory in India.

A sacred river in local Tamil culture, the Noyyal originates in the Vellingiri Hills of the Western Ghats and flows for about 160 kilometers through Tamil Nadu before joining another river, the Kaveri.

The Noyyal once provided water for around 20,000 acres of rich agricultural land.

However, toxic industrial waste — especially runoff from cotton dyeing and bleaching at the many textile factories in Coimbatore and Tirupur — have choked the Noyyal, destroying local agriculture and killing wildlife.

Tamil Nadu’s garment export industry began to boom back in the 1970s, when a combination of cheap labor and good growing conditions for cotton and global demand for cheap textiles provided a boon for local garment factories.

However, toxic effluents from these garment factories run into the Noyyal, poisoning its fish and rendering the surrounding land barren.

So bad is the pollution that it now affects groundwater in more than 95 villages in the region. Residents can no longer use it as a drinking source, while farmers who previously relied on the Noyyal to irrigate their crops have had to leave their lands.

To rehabilitate the polluted Noyyal, Oren is looking at how a technique called nano-filtration can be used to filter out harmful textile dyes from water.

Nano-filtration has been hailed as a good solution for developing countries where there is a shortage of drinking water, because it is relatively inexpensive and because unlike other water purification techniques, it does not strip essential minerals, such as calcium, from water. 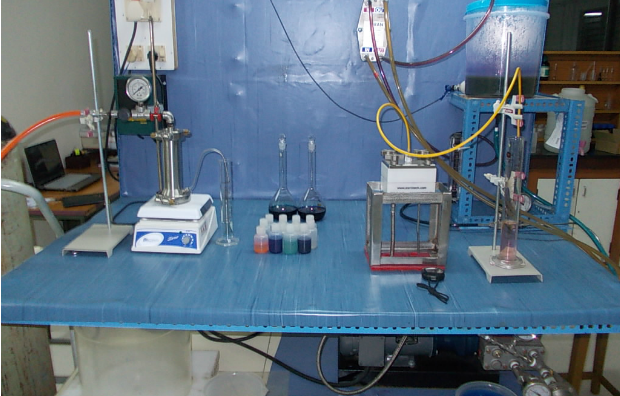 “Nano-filtration also saves energy compared with other techniques, because it does not remove all components from water, which makes it cheaper,” Oren adds.

According to Oren, nano-filtration is used in Israel in water purification. Israeli industries also use the technology to remove chemicals, allowing the same water to be recycled for further use in industrial processes.

While Oren is positive that nano-filtration can help rehabilitate the Noyyal, he says that after years of pollution, it won’t be an easy task.

Israeli hope for the Ganges

The first step in cleaning up the Noyyal is to stop pollution from India’s garment industry in the first place.

“There are laws against this sort of pollution in India, but the problem is enforcing these laws,” Oren says.

There are signs that the Indian authorities are starting to take action to crack down on polluters. In March 2011, a court in Madras ruled to close all dyeing units in Tiripur, which judges said would protect the Noyyal.

However, there is still a big problem in Tamil Nadu with illegal garment dyeing operations, which are difficult to track and shut down.

Oren says it is Israel’s own chronic water shortage that has driven Israeli scientists and researchers to push the boundaries in refining new, water-saving technologies like nano-filtration.

As a result, cutting-edge water technology from the tiny, arid country of Israel is being exported to other countries with supply or pollution problems. Oren notes that India is also looking to Israel for help in combating pollution in the Ganges, one of the largest and most polluted rivers on the planet.

The World Bank has invested $1 billion in rehabilitating the Ganges. Israel NewTech, an Israeli initiative led by the Israeli Ministry of Industry, Trade and Labor, is assisting by matching Israeli clean-tech companies with Indian partners.

As part of that project, Oren says, delegations from India have visited Israel to study how Israelis have used technologies like nano-filtration to combat pollution.

Returning to his own efforts to rehabilitate the Noyyal River in Tamil Nadu, Oren says that it is the response from local people that make the project worthwhile.

“I got a letter from a farmer in Tamil Nadu, thanking me for my efforts to rehabilitate the Noyyal, because he needs the water for irrigation,” he says. “It’s very exciting to get this kind of response.”

UNCOVER ISRAEL - Get the ISRAEL21c
Weekly Edition free by email
Sign Up Now!
Bring Israel's story to life.
Millions of people around the world rely on us to gain a deeper understanding of Israel. We are the trusted source for original content you won't find anywhere else.
You can make a difference. Donate today to support journalism that brings Israel’s story alive.
SUPPORT ISRAEL21c
Read more on:   Israel-India, Noyyal River, Yoram Oren, Desalination, Environment, water, Eco-Living