Yair Bernstein outside his Chicago apartment where he displays his daily dad jokes. (Courtesy)

Home isolation has gotten people to do all sorts of stuff to cheer things up, baking sourdough bread and drinking copious amounts of wine being two prime examples.

But Yair Bernstein, an Israeli living in Chicago, took things to the next level by reaching out to his immediate surroundings and posting daily dad jokes on his apartment window.

Back when Covid-19 was the main news in the United States, Bernstein took example from a friend and colleague who was posting dad jokes on her lawn throughout quarantine.

“I just decided to write the first joke of the day and post it on the window, I just stuck it there,” says Bernstein, who teaches Hebrew and Jewish studies. “I did call it ‘Dad joke no.1,’ but I didn’t know for how long I’d be posting.”

And the joke? “I used to be addicted to the hokey pokey but now I’ve turned myself around,” he says. “I think that’s a good one.” 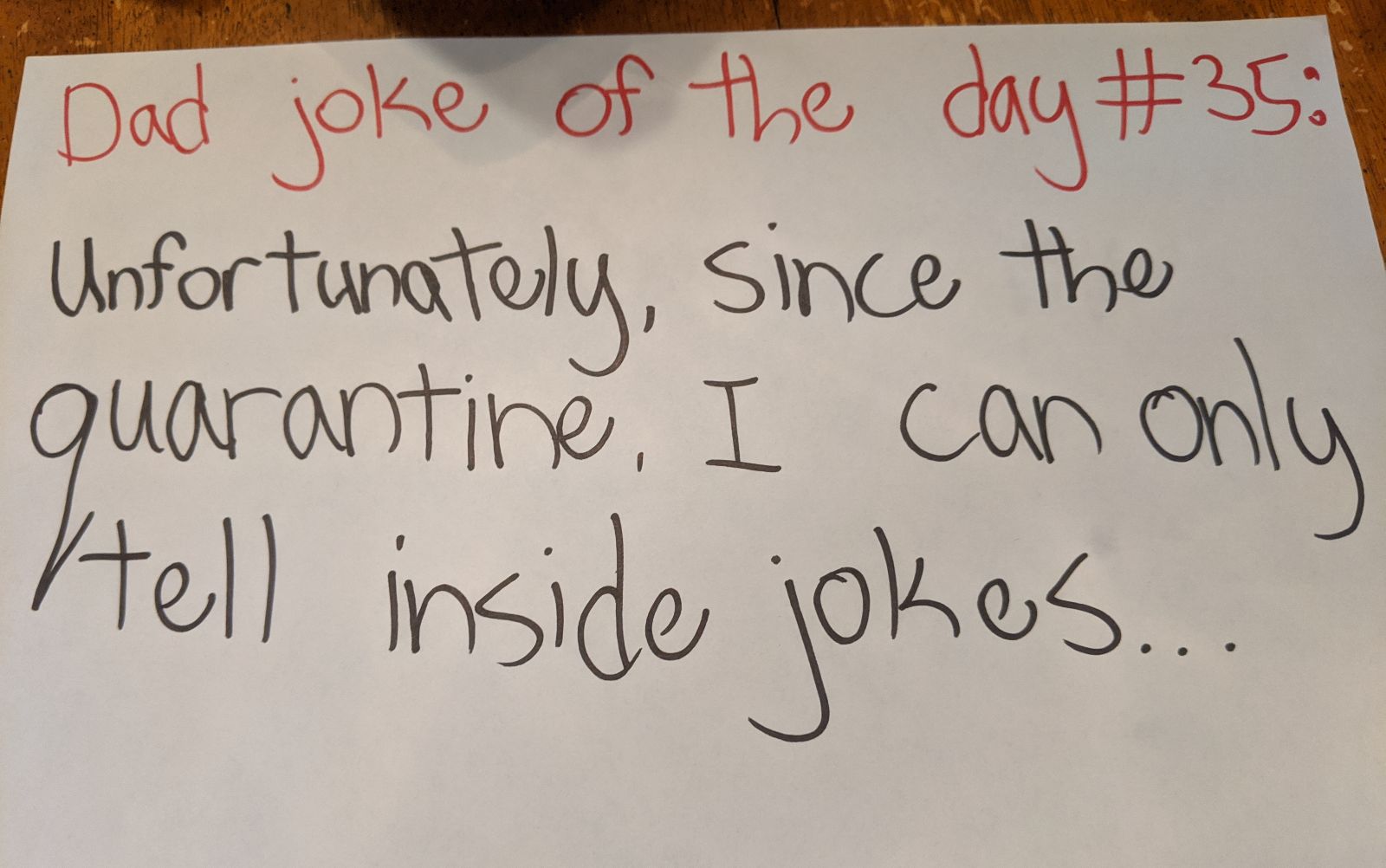 “I didn’t know if it had any impact on people around me so I just continued for a while,” he says. “There were a few times that people stopped by the window, laughed a bit and took pictures.”

“One day someone walked by the window and I hear him complain, ‘What, that’s the same joke as he had yesterday,’” he adds. “That’s the moment I realized that people walked by to see the jokes.”

But since Bernstein started posting his jokes, the US has become engulfed in protests and social unrest following the killing of George Floyd.

Bernstein, who came to the US with his wife as World Zionist Organization emissaries in 2014 and has since stayed on, continued teaching at the Bernard Zell Anshe Emet Day School and has become a dad to two young daughters. In the days following Floyd’s death, he was uncertain whether to continue with his project. 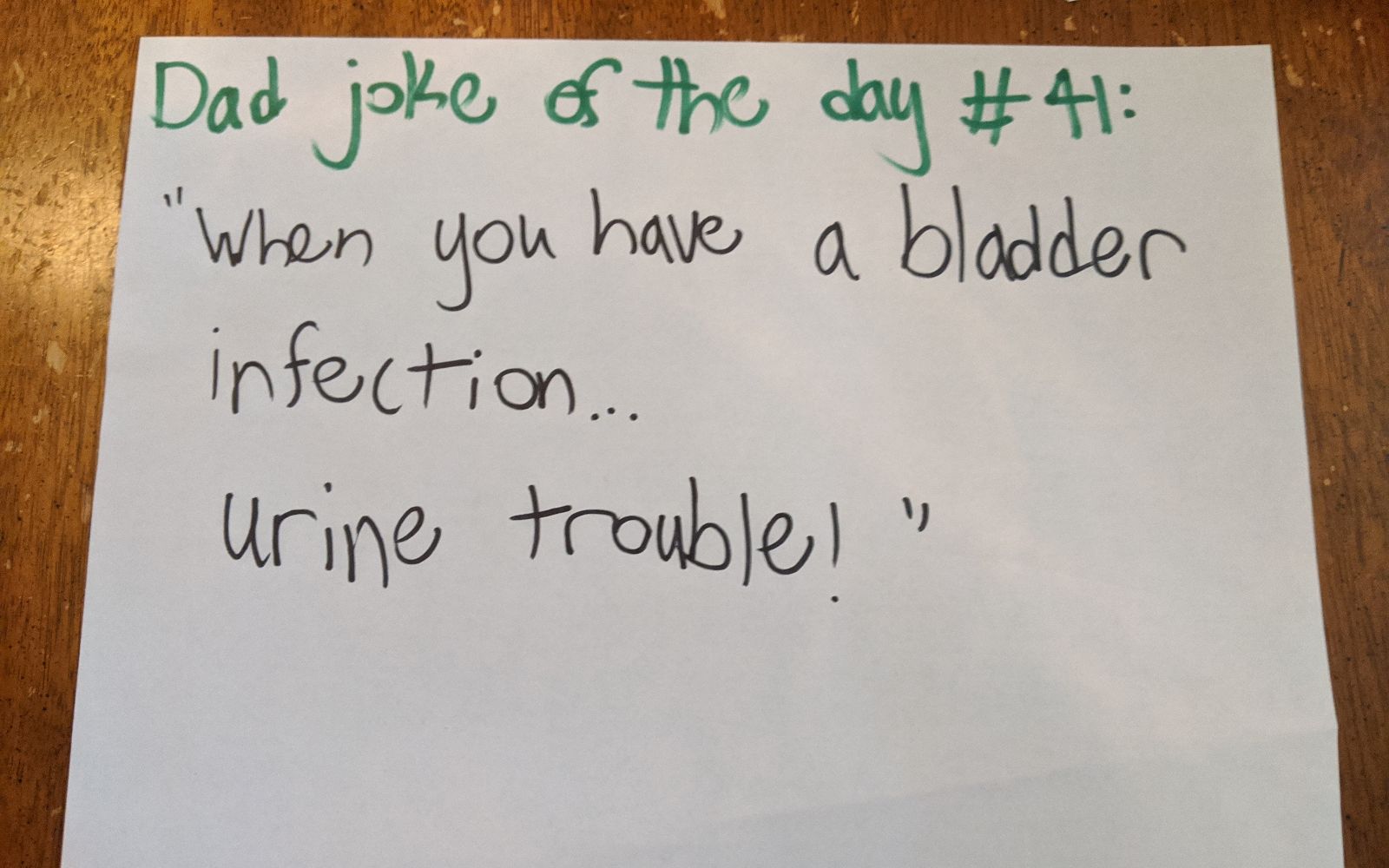 “I do remember the feeling over that weekend, I already started thinking about Monday. And I think Monday morning was the first time I thought maybe not to post,” he says.

“Covid-19 also hurt people; in America we have more than 100,000 people who died,” he notes. “There was a lot of bad happening even before, but then when it got to the race gap here and the inequality in opportunities and the frustration of the Afro-American community it was much harder to cheer people.” But he decided to carry on.

“The reason that people enjoy it is that it gives them that moment of cheering up during hard times. I decided to continue writing and it’s been good.” 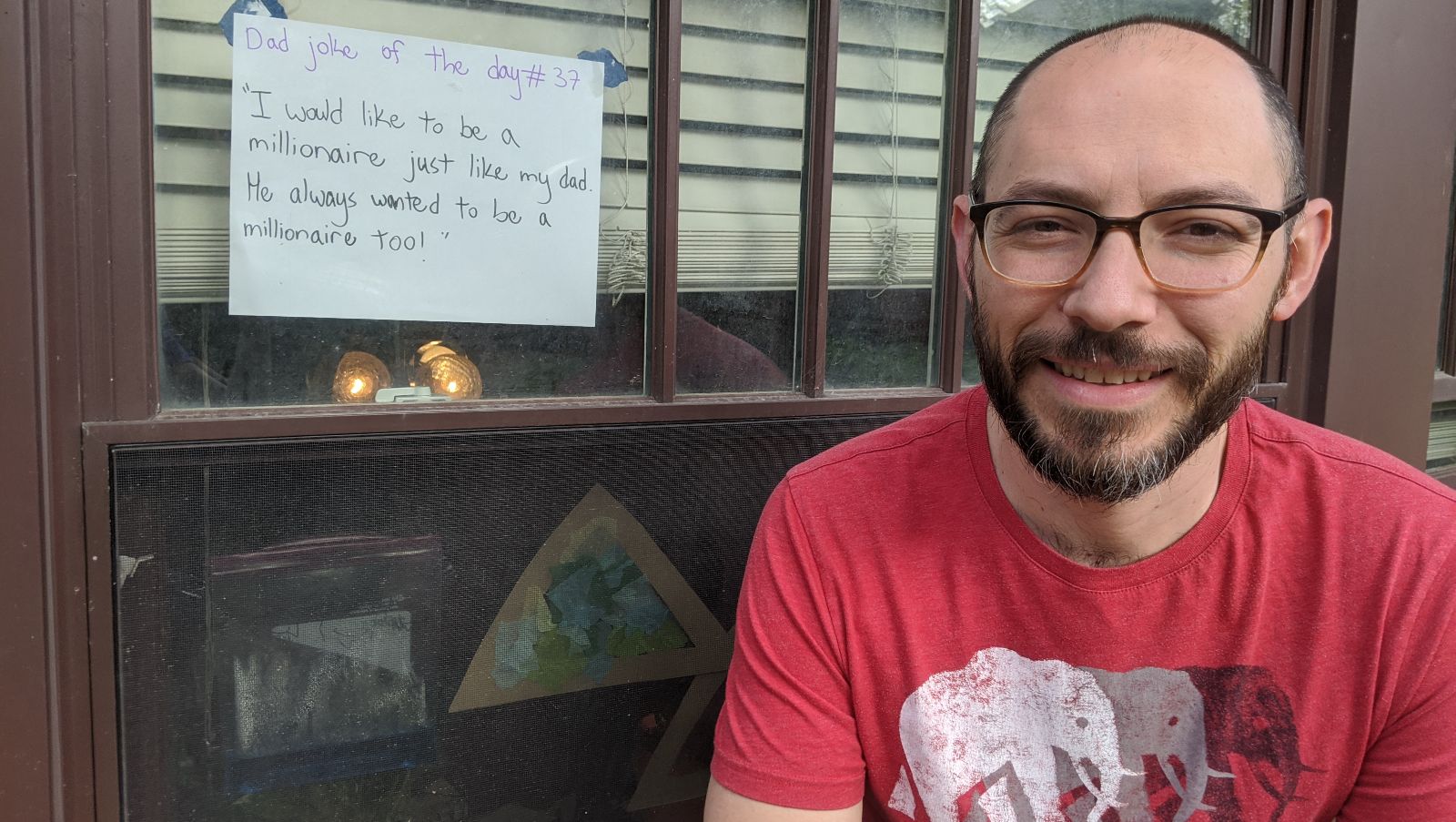 Bernstein plans on posting his jokes until the situation in the US improves. (Courtesy)

Some 40 days into his project, Bernstein is still posting dad jokes on weekdays. He gets inspiration from a Twitter account called “Dad jokes” as well as from friends who have been aiding him.

“I don’t post them on social media,” he notes. “I just take a picture of it and send it to my family, so they know, in Israel.”

And yet, his jokes are gaining recognition and working their magic.

“Two or three days ago we came home and there was an envelope,” he recalls. “It was a thank-you note from someone. It really touched me; I didn’t expect that.”

“I guess I want to see maybe a vaccine or places opening up or less unemployment or the Afro-American struggle getting results,” he concludes. “I guess that maybe when these things change, I’ll stop.”