Ricor’s Yoav Zur holding a K508 cryocooler, the same one used in the Curiosity’s CheMin instrument shown on his computer screen.

Seven years ago, a buyer from the Jet Propulsion Laboratory (JPL) in California – which manages US space agency assignments — called Yoav Zur to inquire about a miniature cryogenic cooler made by Ricor Cryogenic and Vacuum Systems at Kibbutz Ein Harod Ihud in northern Israel.

Zur, the marketing manager for the company, was told that the cryogenic cooler was needed for a future Mars mission to keep the CheMin chemical mineral detector, critical to the analysis of the soil on the Red Planet, chilled to minus 173 degrees Celsius.

It was not the first time Ricor cryocoolers had been purchased for space missions, so Zur facilitated the order without asking too many questions.

“We knew the K508 [cryocooler] would be part of a CheMin system in a space laboratory, but we didn’t know the mission name or the vehicle,” he says.

However, he was pretty sure the small Israeli-made cooler was among the instruments aboard the Curiosity rover on NASA’s Mars Science Laboratory, which lifted off from Florida on November 26, 2011.

On August 6, 2012, after Curiosity touched down on Mars, the 170 workers at Ricor broke out in cheers.

“When we heard Curiosity had successfully landed, I called my contact at JPL and he confirmed they really used our cooler,” Zur tells ISRAEL21c. 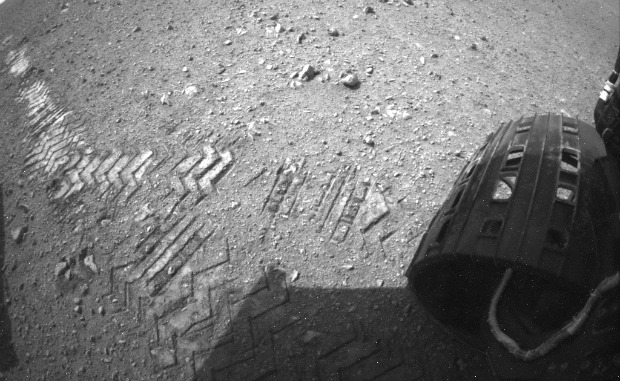 The Curiosity rover will be on Mars for two years with a full agenda of scientific experiments to complete in addition to the soil analysis performed by CheMin.

In business since 1967, Ricor has long done business with NASA and other space agencies. An Israeli cryocooler has not made it to Mars before, but one was aboard the MESSENGER discovery mission that orbited Mercury from March 2011 to March 2012.

This mission employed the most sensitive detector available — a high-purity germanium semiconductor crystal — to help measure the planet’s surface gamma rays from long distances. The crystal must operate at cryogenic temperatures, so the detector had to be protected from the heat as it moved through one of the solar system’s hottest environments. This was accomplished by suspending it on thin Kevlar strings inside a high-tech thermos bottle cooled to a frosty -183° C by the Ricor cryocooler.

Ricor was already quite familiar with the needs of the US space program.

“Way back in 1994, our first model, K506, was launched in the Clementine program,” says Zur. This NASA mission was intended to test sensors and spacecraft components under extended exposure to the space environment.

“In 2001, we launched several cryocoolers in the European Space Agency’s Rosetta [comet chaser], and later sold our products to the Brazilian Space Agency for a program having to do with weather control,” Zur adds.

Ricor is not the only company that makes cryocoolers. However, Zur explains, “Ours are the smallest with the highest cooling power for the lowest price in the world. For NASA, the price was not the issue, but JPL chose our products for their performance and weight.”