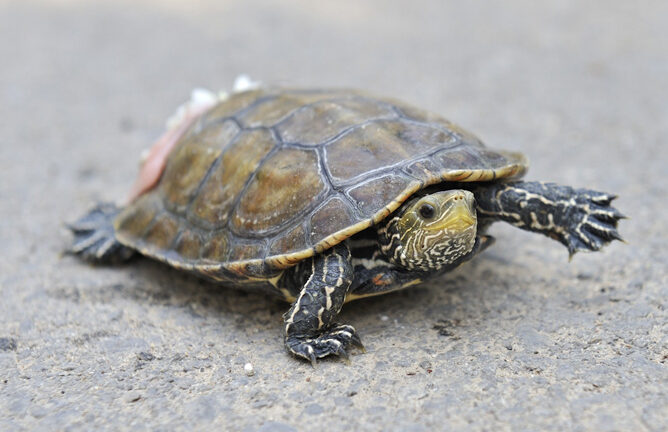 Turtles with cracked shells are regularly brought to the Ramat Gan Safari‘s Israeli Wildlife Hospital. But the latest terrapin to stop by posed a challenge for veterinarians on site – its shell had too big a crack to fix the standard way. 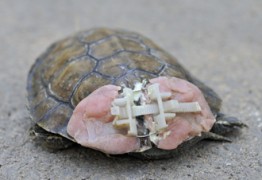 An Israeli device mends a turtle's shell. (Ramat Gan Safari)
Instead, the veterinarians turned to the world of plastic surgery. Dr. Morris Topaz, Head of the Plastic Surgery Unit at Hillel Yaffe Hospital in Hadera, is known for a device he conceived to treat terror victims. The animal specialists decided to try it out on the turtle.

The device was created to help people who have lost large areas of skin. It connects two edges of existing skin, bringing them closer to one another with a special plastic string and thus eliminating the need for skin implants.

Seeing his device in action on a turtle, Topaz decided to donate the idea and the device itself to the Israeli Wildlife Hospital for future cases.

More than 2,200 injured wild animals are brought to the Israeli Wildlife Hospital annually. Some 60 percent are treated, rehabilitated and returned to the wild.