“There was lots of crime here, and lots of children with no after-school activities,” says Ziv Shalev, as he parks on a gritty street in the Old City of Acre (Acco), a Muslim neighborhood on Israel’s northern Mediterranean shore.

Shalev is taking ISRAEL21c to see the newest student village started by the Ayalim Association, a grassroots movement to build up the Negev and the Galilee by establishing communities of university student volunteers. He is the organization’s vice president for partnership development.

“Each village is a whole different story,” Shalev continues, walking into a cobblestoned alley toward the formerly condemned apartment house that Ayalim renovated for the two dozen student residents. “This is the only one where we’re the only Jewish people around.”

Ayalim’s strategy is to get students physically and emotionally invested in needy communities in the southern and northern peripheries of Israel. “These areas comprise 80 percent of Israel’s territory but produce only 8% of its economy,” Shalev explains.

“The students receive [full] scholarships to university and discounted rent, and in return they come to live in places like this and give eight hours a week, or 500 hours a year, to the community.”

While ascending the old, uneven stairs, he explains that the mayor of Acre requested that Ayalim establish a village here, based on the success of its three other projects in disadvantaged neighborhoods in northern Israel.

Ten Ayalim villages are thriving down south in the Negev. The organization started there, in a fading kibbutz called Ashalim. That was in 2002. At the time, Ashalim had just 15 families left. Now there are 150, as the students’ community-building efforts made Ashalim attractive to young families.

A better Israel, one community at a time

Up in Kiryat Shmona on the Lebanese border, Ayalim has a village of 80 students in a neighborhood formerly plagued by crime and drug dealers.

“We got about 25 apartments and hundreds of us came to renovate, build gardens, clean the street from garbage,” says Shalev.

They also opened an Ofarim Center, the after-school clubhouses that are a staple of Ayalim villages. Children can come for free to get help with homework, learn values-based lessons and participate in activities run by Ayalim students and other Israeli national service volunteers.

“At first, only drops of kids came. With time, the word spread that kids were having a good time and parents started volunteering too, something we try to encourage everywhere,” says Shalev. “We want to persuade any young Israeli family to come to the communities we work in, and having a free after-school center is a big incentive.”

Today, the Kiryat Shmona neighborhood is still poor, he says, but the mayor tells them it is safe and clean for the first time. 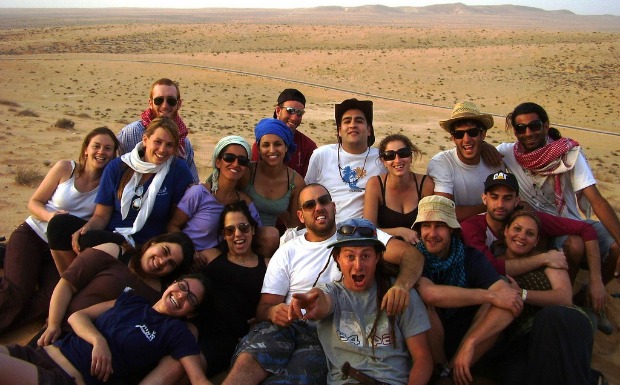 Ayalim students in Be’er Milka in the Negev.

This is the goal for the Ayalim village in Acre as well, once the students gain the trust of their Arab neighbors.

“Everyone at first was more or less hostile to the students,” Shalev says. “They have lots of issues here and we made it all worse at first. But after a couple of years, they gave us a better place for our Ofarim Center, in a mosque. In the afternoon you’ll see lots of kids there, all Muslim.”

Neta, 24, an Ayalim student majoring in criminology at nearby Western Galilee College, supervises the Acre Ofarim Center four afternoons a week. She says it’s a slow but steady process to change ingrained attitudes.

“It has to happen slowly. We paint with them, clean with them, work together to make their place nice. I think in five years people will appreciate us more,” Neta tells ISRAEL21c.

Recently they raised donations to buy kites for the local children and staged a kite festival for which they charged one shekel.

“We are apolitical, but we believe the only hope for coexistence is by communicating together on the very basic, personal level,” Shalev says.

Each village runs a for-profit enterprise, such as a pub. In Acre, the seaside location had obvious tourism potential, and the students converted several apartments into a youth hostel. 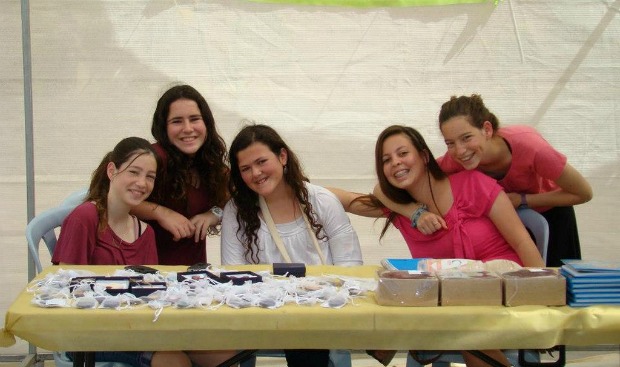 Ayalim’s Student Village in Yeruham put on a street festival for local kids.

More than a decade into the project, some 5,000 students have “graduated” from Ayalim villages, says Shalev. Nearly 1,000 new participants were accepted this year from a field of 5,000 applicants.

Possibly the best barometer of success is the fact that 85 percent of Ayalim graduates have chosen to settle in the areas they served. Many want to remain a cohesive group, so Ayalim builds them housing. The 19th such alumni site was recently completed at Kibbutz Sde Boker in the Negev.

“After people finish Ayalim, they become social entrepreneurs with a different point of view,” says Shalev.

“Coming into this process in which they work hard physically and socially, they have no other choice but to fall in love with the Negev and Galilee. Every time you put people in a difficult situation, they have the potential to become better.”

This process begins with building the villages themselves.

“Twice a year, we gather all Ayalim students and [pre-army volunteers] and employees to build or renovate a new village. You work and sweat together, and you also build a connection to the place, to yourself and to others.”