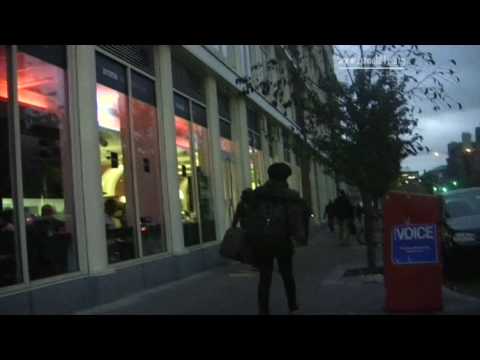 Israel may be best known for its high tech exports, but for the past few years the nation’s highly successful Aroma chain has been exporting its distinctive coffee culture.

Move over Starbucks, there’s a new competitor on the block. Israel’s popular Aroma coffee chain is exporting its special brand of Israeli coffee culture to cities around the world.

“We just opened a third branch in Canada, Toronto and opened a third in New York. We are expanding in Europe. We have branches in Romania, Cyprus… and the next is in Kazakhstan,” Gil Kiriyati, Aroma’s COO tells ISRAEL21c.

Coffee culture is firmly entrenched in the Israeli lifestyle, but Israelis like good quality European style coffee. When Starbucks entered the country some years ago, it was soon ousted by chains like Aroma and Arcaffe.

Aroma was founded in Israel in 1994, and has expanded to about 80 branches throughout the country. In the process, the company developed its signature style: Quality coffee, great food, large, fresh portions and friendly service.

When the company realized that it was on to something that would be valued throughout the world, Aroma decided to venture beyond Israel’s borders, opening its first US branch in Soho, New York, three years ago. The company has plans to continue to expand throughout the US.