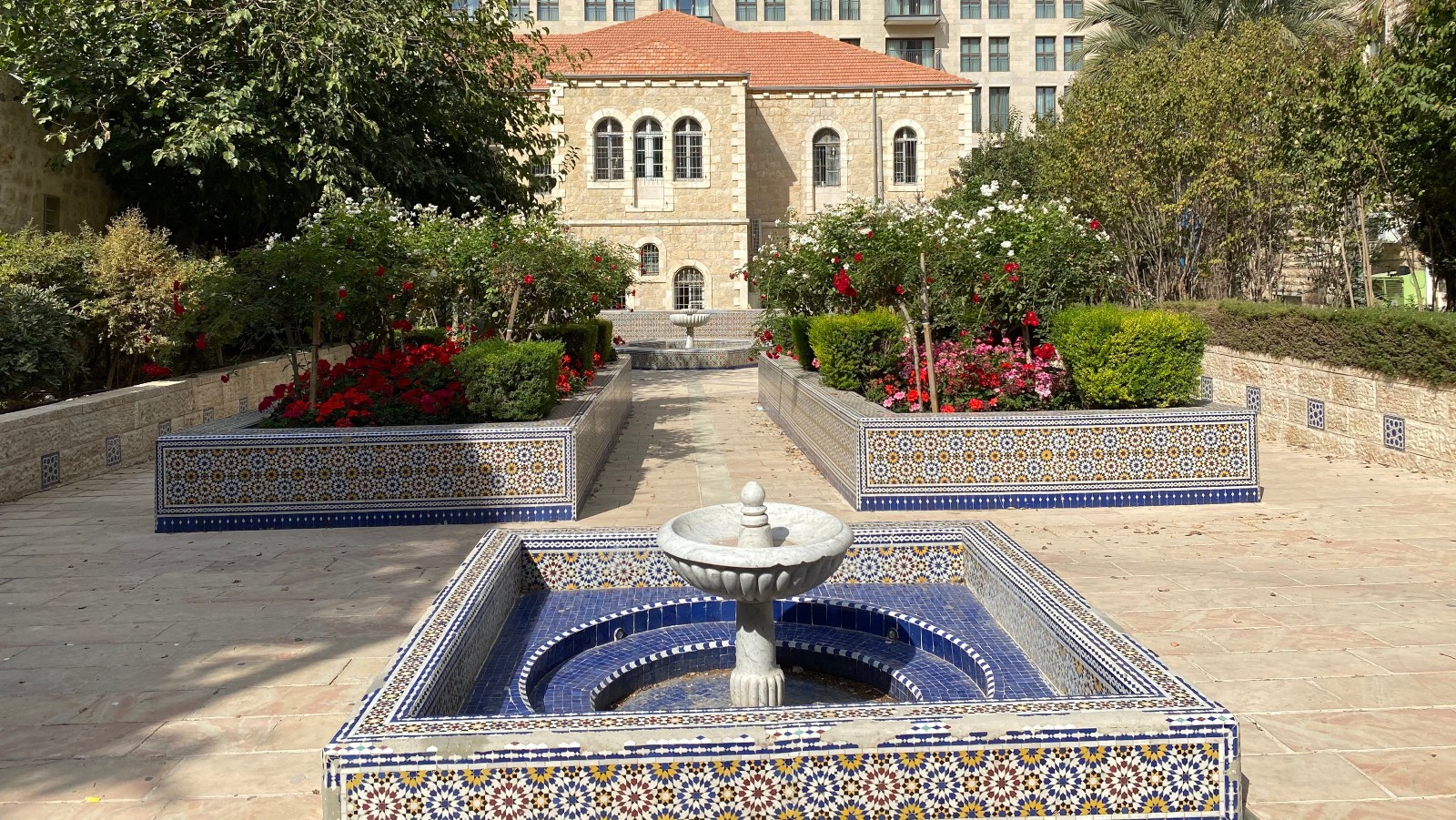 If you are looking for serenity and quiet, why not try one of these little-known landscaped gems in the capital city.

Jerusalem is graced with magnificent public gardens, most notably the 30-acre Jerusalem Botanical Gardens and the Wohl Rose Garden.

Israel’s capital city also has what we’d call “hidden” gardens – beautifully manicured spaces that are not well known and can take a little sleuthing to locate.

It’s well worth getting off the beaten track to experience these gems. For now, you can enjoy looking at them from afar if you can’t get to Jerusalem.

Special thanks to veteran tour guides Ester Saad and Mordechai Weiss for steering us to these secret gardens, and to our student intern Danya Belkin for photographing some of them.

If you know of other hidden Jerusalem gardens, please tell us about them in the comments section. 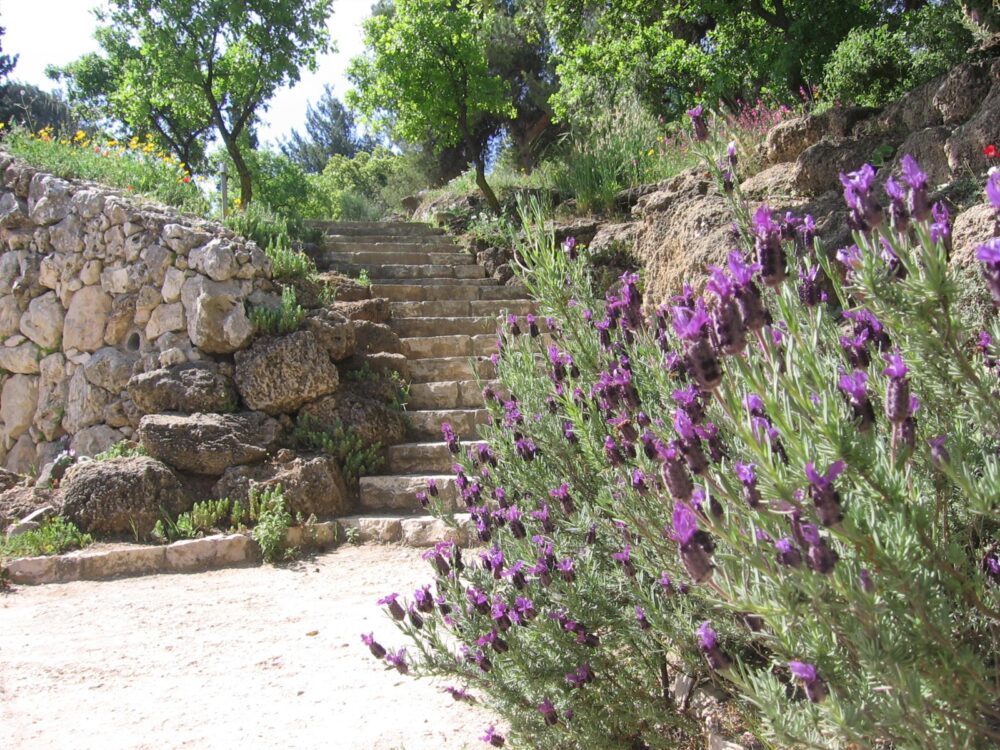 Yes, there is another botanical garden in Jerusalem! The Botanical Garden for Israeli Flora on the campus of the Hebrew University on Mount Scopus is older, though smaller. It was founded in 1931 by university botanist Prof. Otto Verburg and botany and phytogeography expert Alexander Eig. 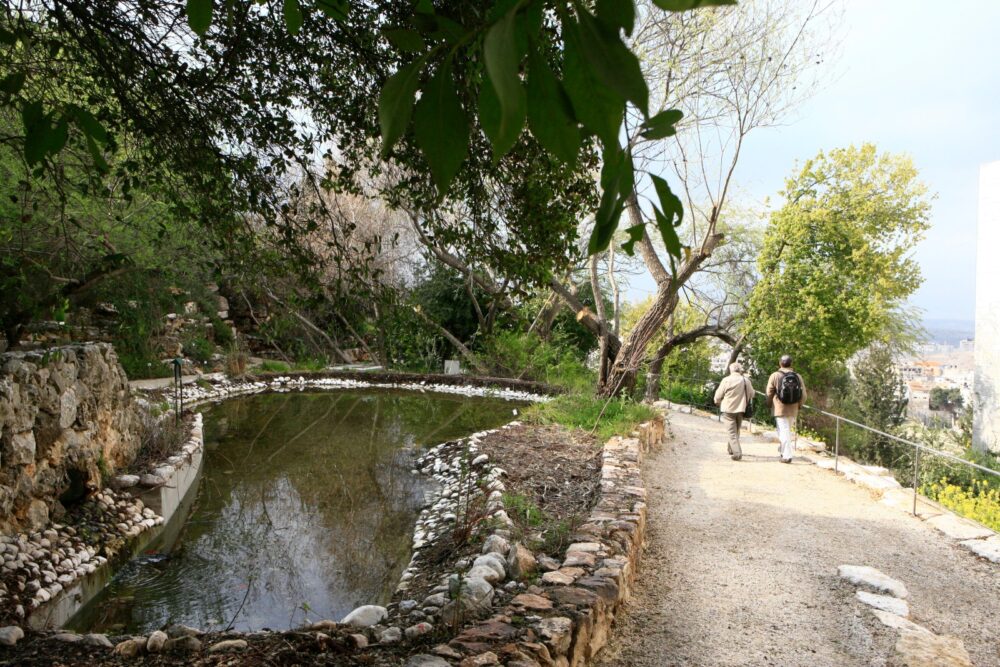 A couple walking through the Mount Scopus Botanical Garden. Photo by Yossi Zamir/Flash90 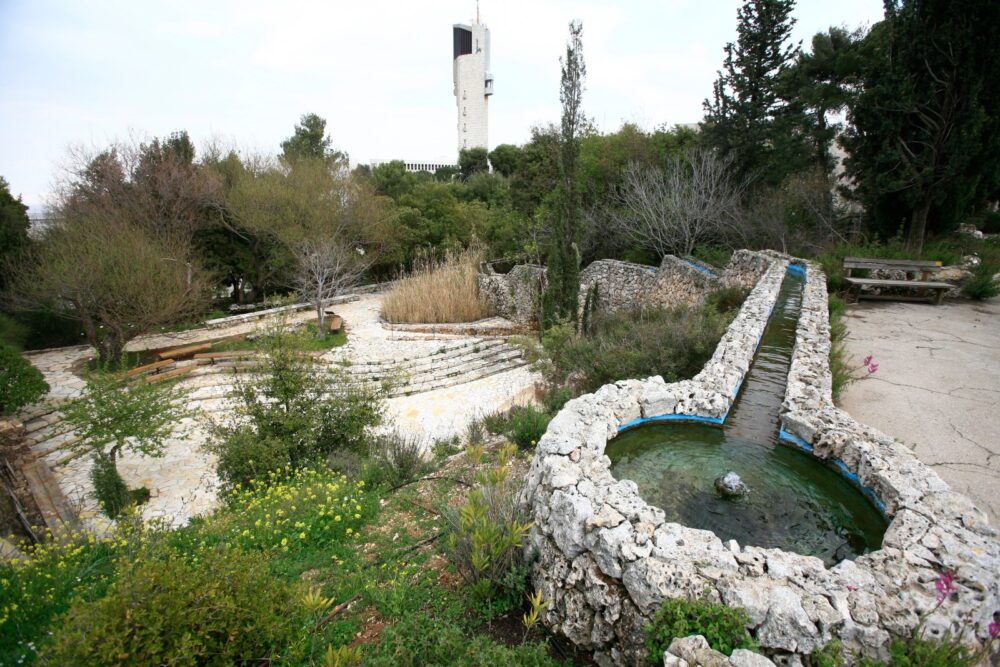 The botanical garden of the Hebrew University of Jerusalem on Mount Scopus. Photo by Yossi Zamir/Flash90 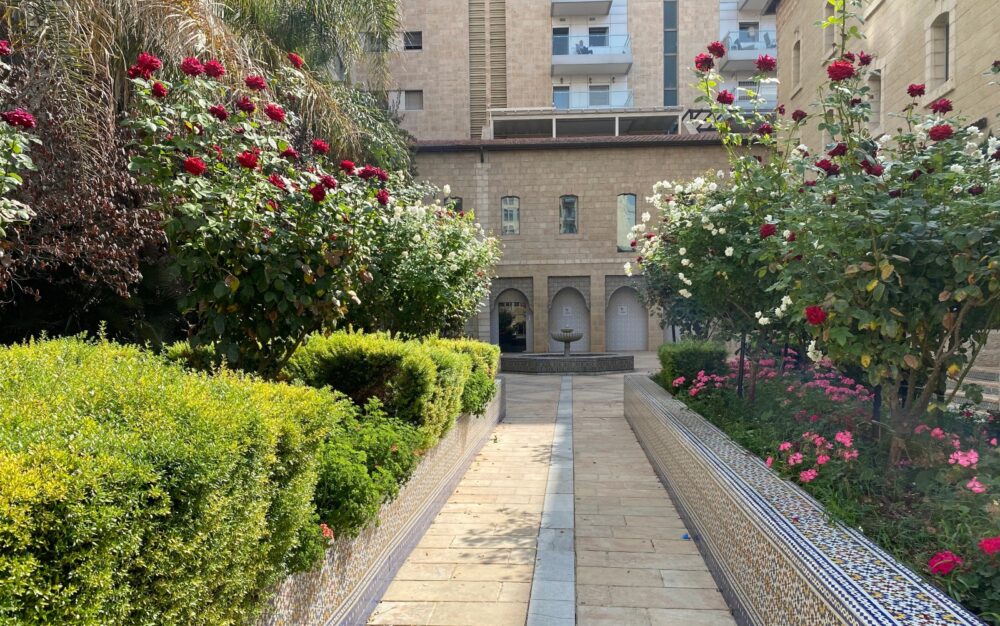 The Andalusian Garden at the World Center for Jewish Heritage in North Africa was designed in authentic Moroccan style. Photo by Danya Belkin 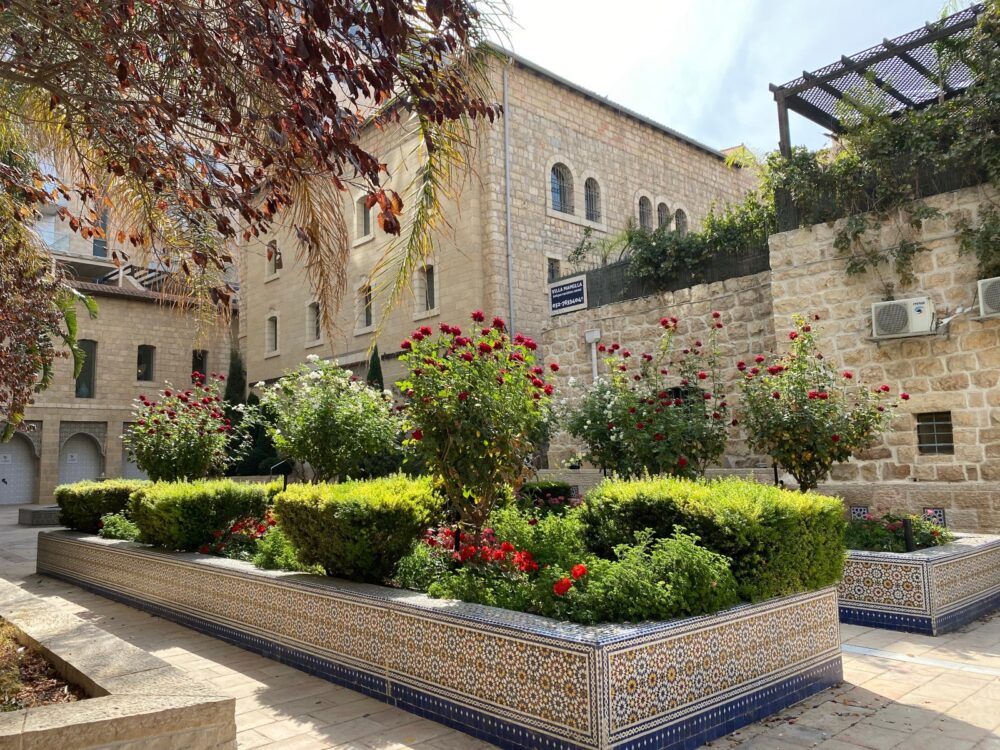 Serenity reigns in the Moroccan-style Andalusian Garden in Jerusalem. Photo by Danya Belkin 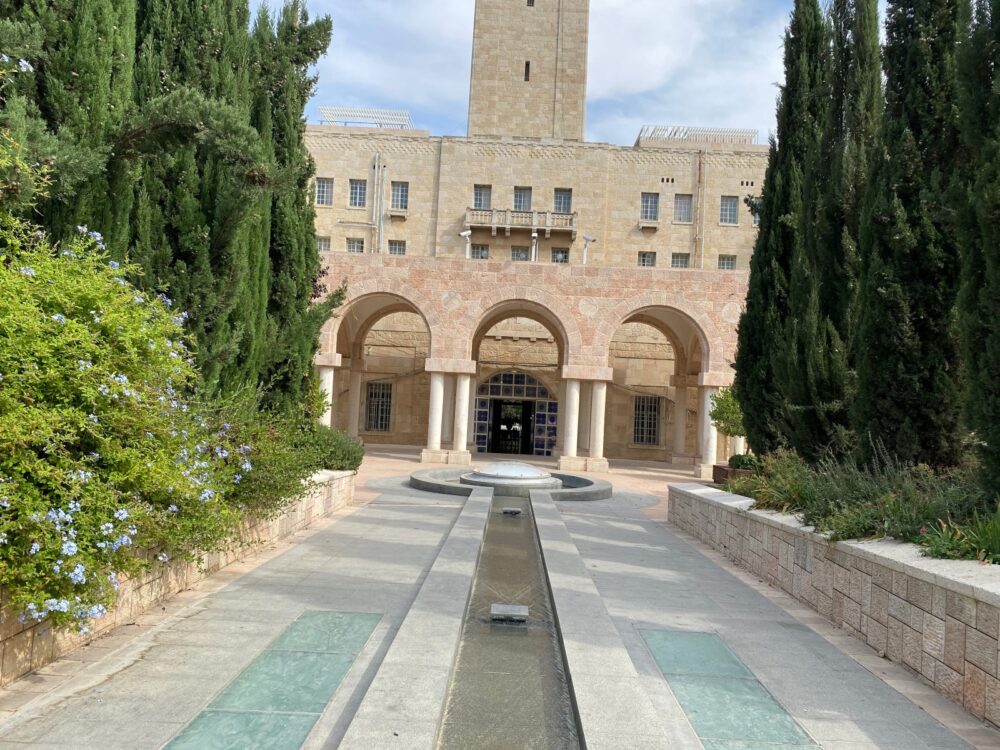 Looking at the landmark YMCA and its iconic 152-foot bell tower from the main entrance, you would miss the lovely garden behind the 1920s edifice’s Three Arches Hotel.

This quiet hidden garden was planted on part of the land that served as the home field for Beitar Jerusalem soccer team until 1991. 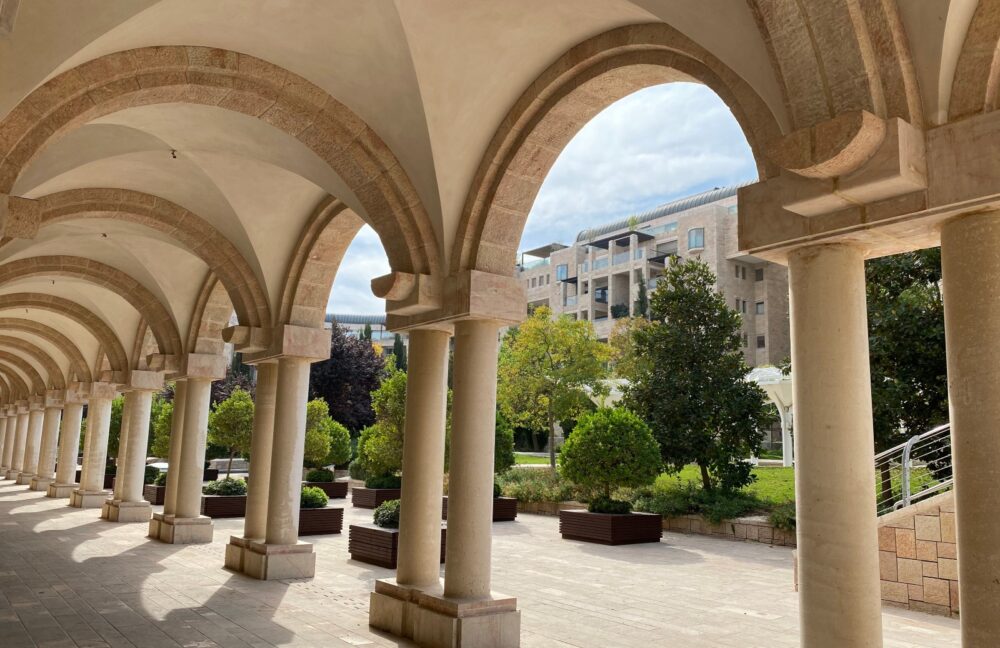 The park was designed by Israeli sculptor Israel Hadany in conjunction with the construction of King David’s Crown residence behind the Y.

Hadany included a set of white pergolas with sculptured motifs and a picturesque waterfall and canal running through the site. 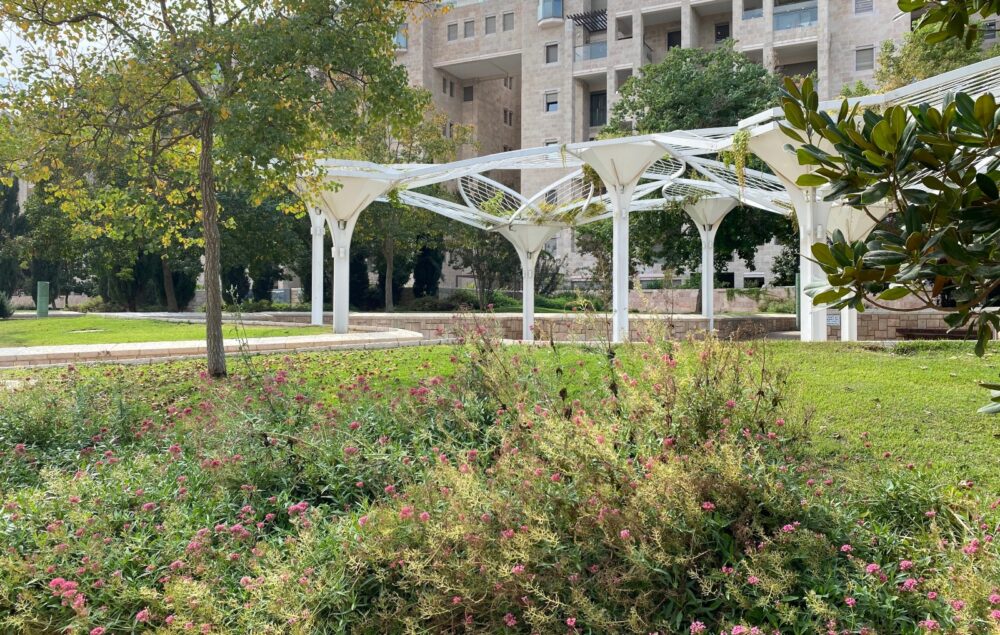 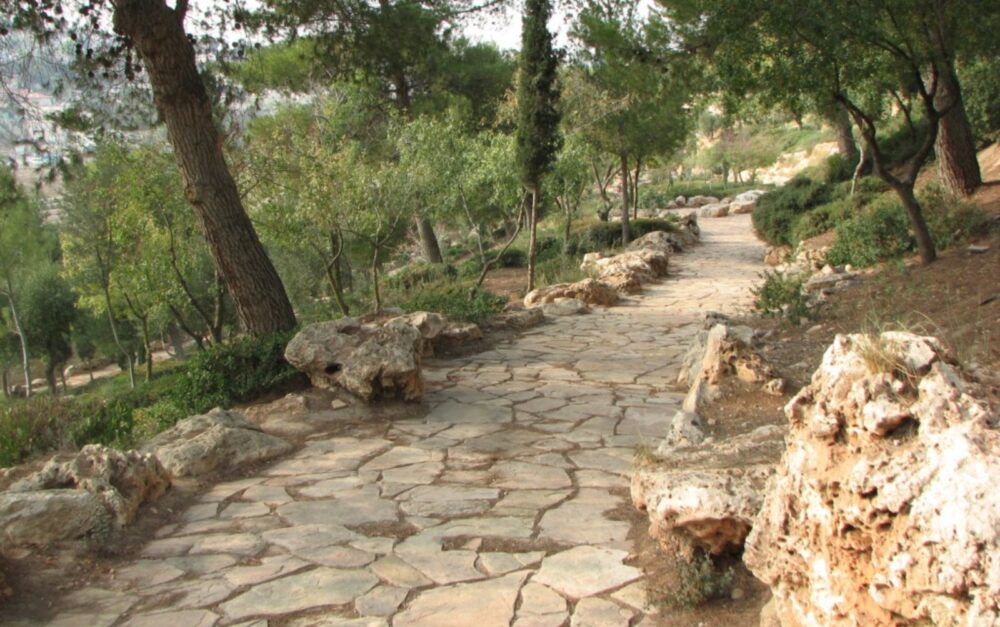 Orson Hyde Memorial Garden on the Mount of Olives. Photo via http://www.attractions-in-israel.com/

The 5.5-acre Orson Hyde Memorial Park on the western slope of the Mount of Olives lies across from the better-known Garden of Gethsemane mentioned in the Gospels.

The park was inaugurated in 1979 by Spencer W. Kimball, then president of the Church of Jesus Christ of Latter-Day Saints, in memory of LDS apostle Orson Hyde, who was said to have had a prophetic vision on the Mount of Olives while visiting in 1841. 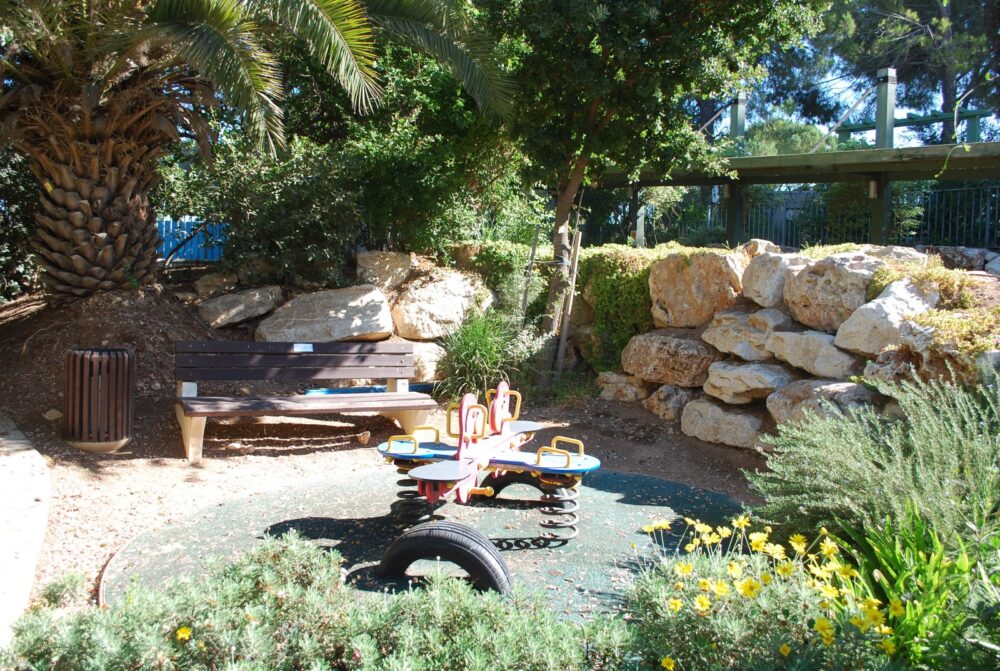 A play area in the Healing and Environmental Garden at Hadassah-Mount Scopus. Photo: courtesy

Spending time outside in a garden can positively affect our emotions and improve our sense of wellbeing.

That is the concept behind the Healing and Environmental Garden at Hadassah University Medical Center’s Mount Scopus campus.

This garden was developed with the support of Friends of JNF Australia, led by the Jack and Robert Smorgon Families Foundation, “to meet the physical, psychological, social and spiritual needs of the children and adults treated at Hadassah,” and especially children and youth with chronic illnesses. 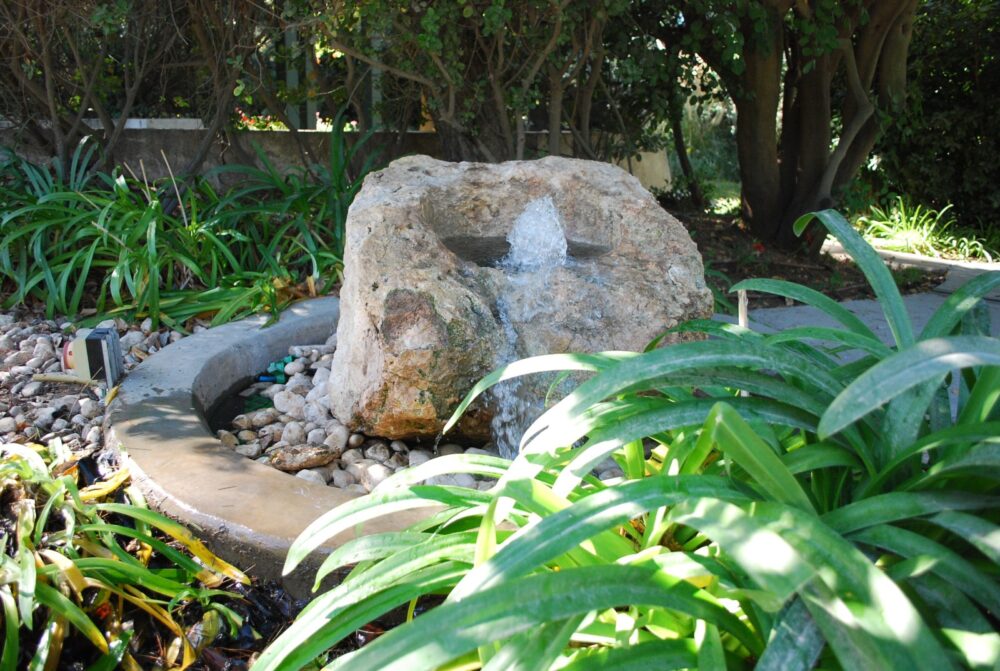 Water elements contribute to wellbeing in the Healing and Environmental Garden at Hadassah-Mount Scopus. Photo: courtesy

“The healing effect of nature, together with the relaxing sounds of running water, will contribute to the health of those who visit this garden,” said Jack Smorgon at the inauguration of the garden in June 2014.