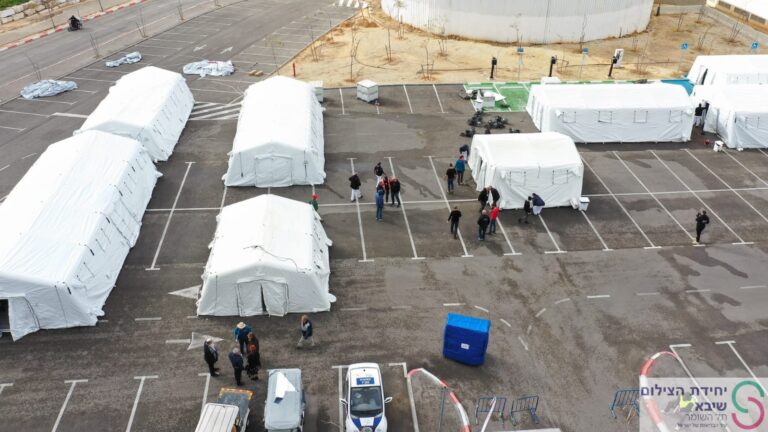 A model of a field hospital similar to the one scheduled to be set up in Ukraine. Photo courtesy of Sheba Medical Center.

.Israel is set to establish a field hospital with 80 medical personnel inside war-torn Ukraine sometime next week, the Health Ministry announced on Saturday evening.

The field hospital will include an emergency room, a maternity ward, a children’s ward, adult wards, an outpatient clinic and a telehealth center. Its location is likely to be near Lviv,  and will operate in Ukraine itself and not in neighboring border regions.

It will be operated by the Health Ministry, the Foreign Ministry, Sheba Medical Center, the Clalit HMO and medical teams from other hospitals. It will not be manned by the IDF’s medical corps as in previous state missions to disaster areas.

“We are carrying out our moral duty and extending help to the Ukrainian people,” Health Minister Nitzan Horovitz tweeted on Saturday night.

“Following the delivery of medical equipment and medicines, we will also be assisting in the field. The Health Ministry and the State of Israel are clearly standing on the side of the Ukrainian people. We will continue to help saving the lives of citizens whose world was destroyed in an instant.”

“Thank you to the Sheba Medical Center, Clalit Health Services and all the medical teams from across the country, who are once again proving their bravery and complete dedication to saving the lives of people anywhere in the world,” he added. 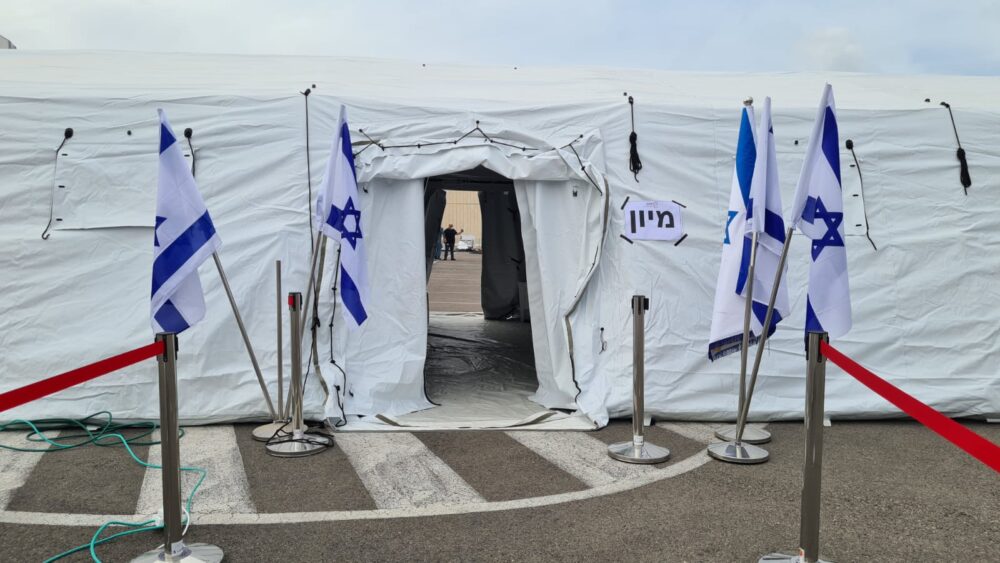 The emergency room tent that is part of the field hospital going to Ukraine. Photo courtesy of Sheba Medical Center

Prof. Elhanan Bar-On, director of Sheba Medical Center’s Israel Center for Humanitarian, Emergency and Disaster Medicine, flew to Poland with a small advance team ahead of the mission. They crossed into Ukraine to assess the situation.

Back in Israel, medical personnel from across Israel conducted a drill in the field hospital on the Sheba campus in Ramat Gan. The field hospital will be dismantled for shipment to Poland and then across the border into Ukraine. An 80-person medical team will accompany the mission over the weekend.

Last week, Israel sent a 100-ton humanitarian aid package to Ukraine and is now preparing another.

Editor’s note: This article was updated on March 7 and March 8.

UNCOVER ISRAEL - Get the ISRAEL21c
Weekly Edition free by email
Sign Up Now!
Bring Israel's story to life.
Millions of people around the world rely on us to gain a deeper understanding of Israel. We are the trusted source for original content you won't find anywhere else.
You can make a difference. Donate today to support journalism that brings Israel’s story alive.
SUPPORT ISRAEL21c
Read more on:   News, Social Action, Ukraine, Field hospital, Humanitarian Aid