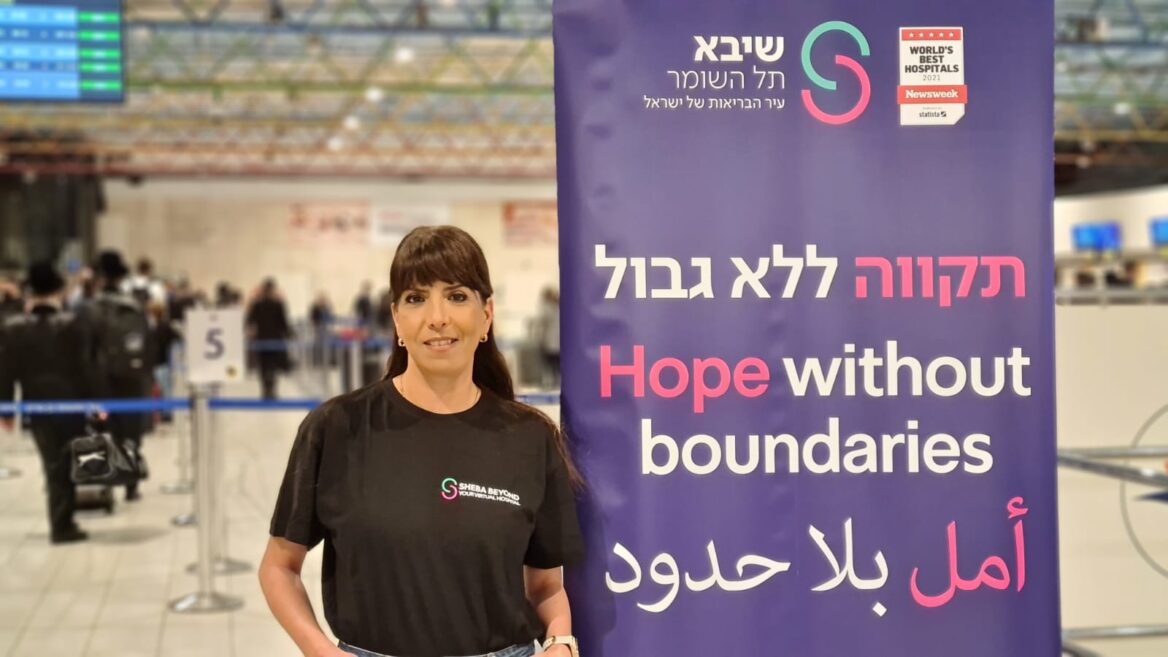 Sarit Lerner, CTO of Sheba Beyond, on her way to help Ukrainian refugees. Photo courtesy of Sheba Medical Center

Israel’s Sheba Medical Center is spearheading a groundbreaking medical mission that is bringing telemedicine technologies to the aid of refugees.

After landing in Bucharest, Romania, the team drove seven hours to Kishinev, Moldova, where more than 15,000 refugees from Ukraine already had fled.

Israeli technologies including the TytoCare remote exam kit allow Sheba’s physicians to lend their expertise in the field without leaving the medical center in the Tel Aviv suburb of Ramat Gan.

“This is the first time I know of that a humanitarian mission is adding extraordinary value to the first responders there,” says Dr. Galia Barkai, director general of Sheba Beyond.

“Sarit took with her the technology that brings all of Sheba’s excellent clinicians and specialists to the war zone.”

In addition to TytoCare, which Lerner used immediately to check refugee children’s lungs, heart, mouth, ears, skin, temperature and oxygen saturation levels, she brought a device from Biobeat Medical Technologies that monitors vital signs and displays them on the remote physician’s dashboard in real time.

She also is using Pulsenmore’s prenatal ultrasound device that takes images at the point of care to be analyzed by Sheba OB/GYNs in Israel.

The final technology Lerner brought along is the i-STAT handheld blood analyzer from Abbott Labs. 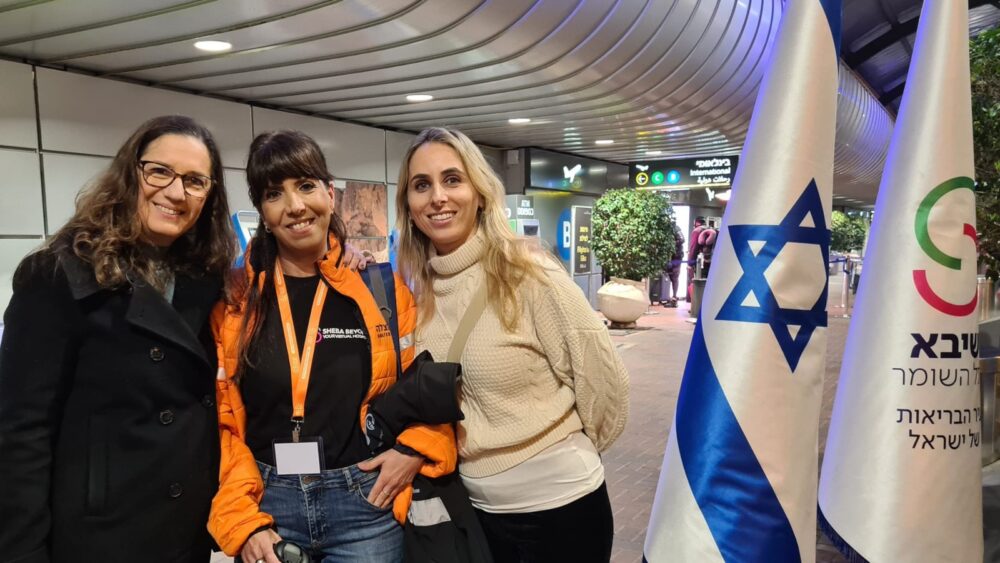 “We can use i-STAT’s portable device to perform blood chemistry and blood gas analysis,” says Barkai. “I hope next time we can bring a device to do CBC [complete blood count] as well, to complete the picture.”

Update: On March 8, the Gynescope remote gynecological exam system from Illumigyn was added to the hospital’s toolbox.

Barkai tells ISRAEL21c that Lerner is in constant communication with Sheba’s staff via video calls.

In addition to her work in the field with first responders, she also will visit local hospitals in Moldova to assess their needs and determine how Sheba Beyond can help.

Something good came out of Covid

Barkai says that Sheba’s administration realized the value of telemedicine even before the pandemic.

However, “during Covid-19 we had a chance to really experience a lot of these technologies because we were treating patients from a distance much more.”

Sheba Beyond, she says, was a true silver lining of the pandemic.

“The world has changed to be more open to using telemedicine technologies,” Barkai tells ISRAEL21c.

“Most of our experience began during the first wave of Covid-19 and by now we have seen what works well and what works less well. That’s when we decided the time is right to really establish a new organization to bring Sheba’s medical expertise anywhere in the world.”

Lerner said that as soon as the United Hatzalah mission on behalf of Ukrainian refugees crystallized, it was clear to the leadership of Sheba Beyond that it had a role to play.

“I see the trip as a true representation of us all,” Lerner said. “We have a responsibility to utilize the information and capabilities that we possess in order to help others in need and provide humanitarian assistance to our fellow people anywhere in the world.”

UNCOVER ISRAEL - Get the ISRAEL21c
Weekly Edition free by email
Sign Up Now!
Bring Israel's story to life.
Millions of people around the world rely on us to gain a deeper understanding of Israel. We are the trusted source for original content you won't find anywhere else.
You can make a difference. Donate today to support journalism that brings Israel’s story alive.
SUPPORT ISRAEL21c
Read more on:   Social Action, Health, sheba medical center, Telemedicine, TytoCare, BioBeat, PulseNmore