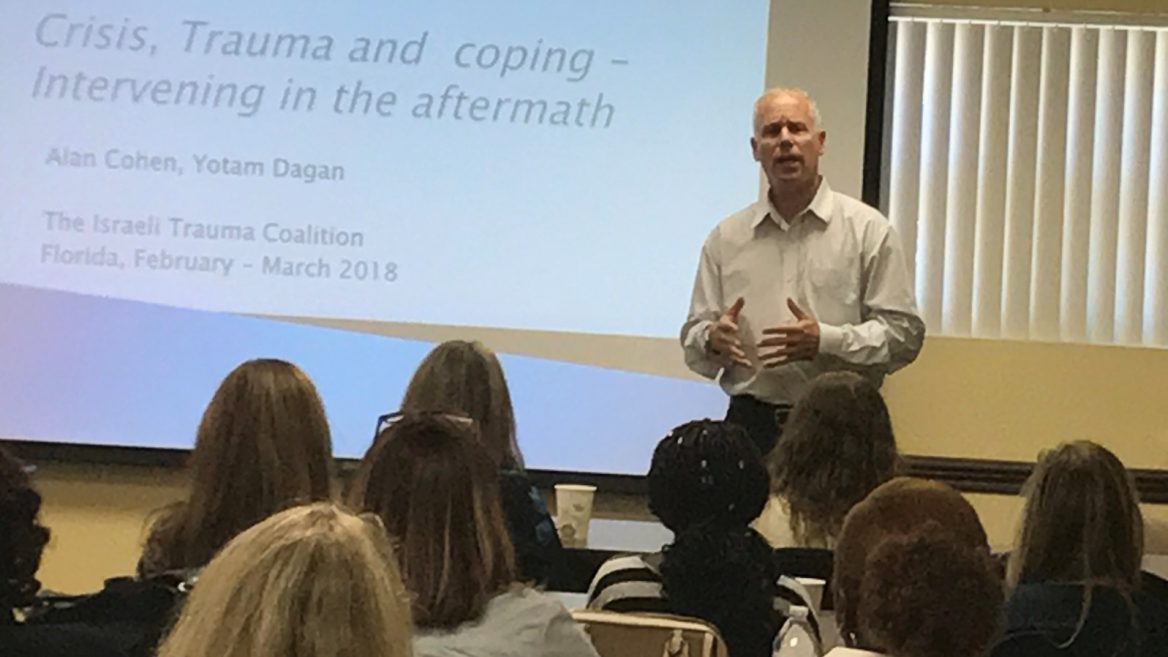 Ten days after the shooting at Stoneman Douglas High School in Parkland, Florida, experts from the Israel Trauma Coalition arrived at the community to guide teachers and community leaders through a “day after” strategy for helping people face the future with resilience.

Seventeen people were killed in the shooting – 14 students and three staff members – making it one of the world’s deadliest school massacres. The community, which had never dealt with a shooting on this scale, was in shock.

“It was devastating,” says Nancy Teitelbaum, senior director of marketing and communications at Goodman Jewish Family Services of Broward County. “Everyone in our small community in Parkland is affected.”

Teitelbaum has a son in 11th grade at Stoneman Douglas, and he was at the school on the day of the shooting. Her older son graduated from the same school just a year ago.

“Most counselors, teachers and clinicians have never dealt with a mass shooting,” she told ISRAEL21c. “They have no frame of reference.” 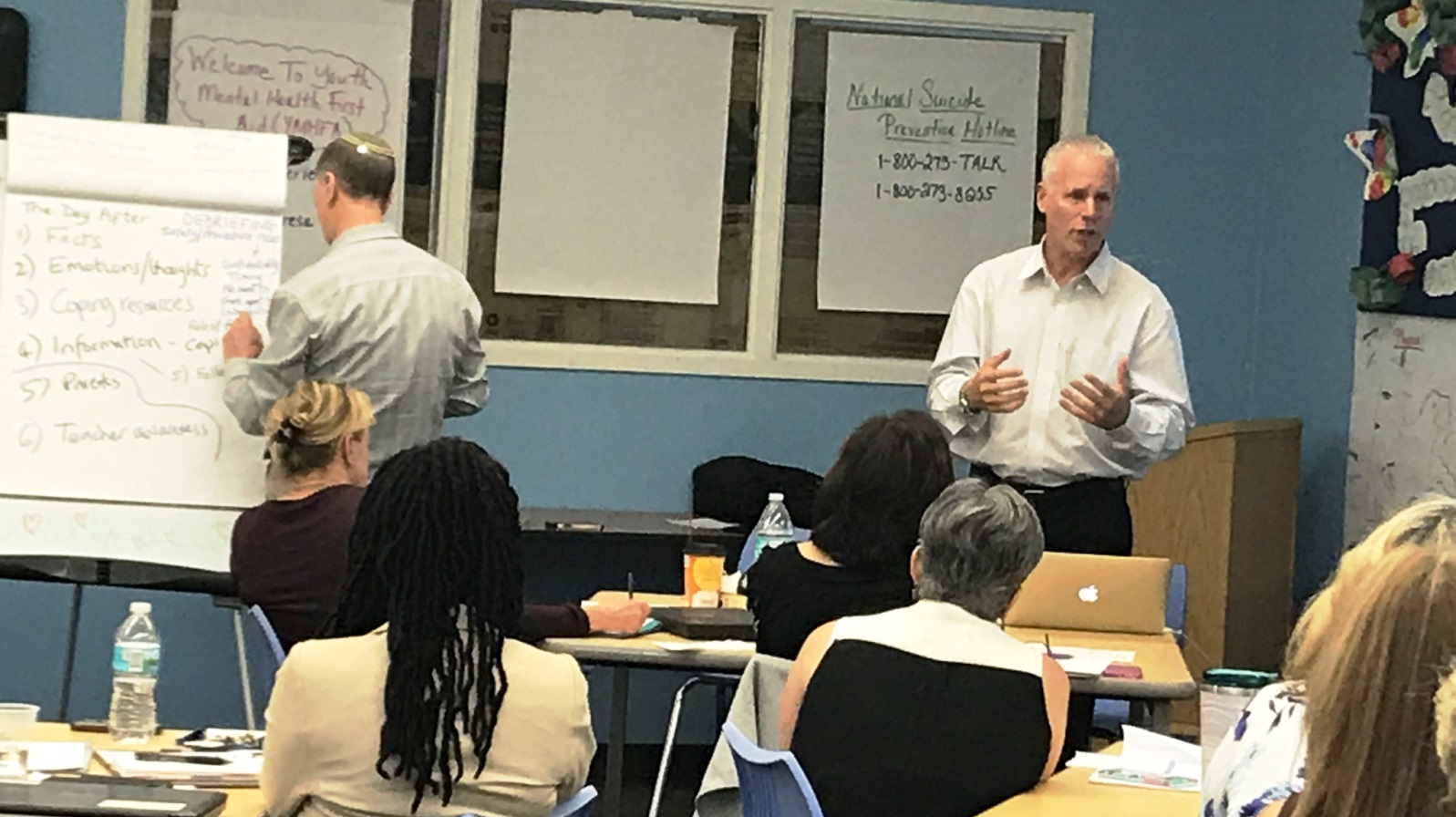 “We got there the first day teachers went back to school and the day before students went back to school, so we were very relevant in teaching them how to handle that period with some kind of normalcy,” Dagan, a seasoned clinical psychologist, tells ISRAEL21c.

“The psychological shockwaves of the event have been tremendous. Almost everyone had a connection with someone on the scene. We met as many community members as we could, enabled them to talk about their trauma and then shared Israeli best practices for the day after.”

“What was really apparent was that the experts from Israel really knew what they were talking about,” says Teitelbaum. “They have deep experience and long-term insight from what they’ve seen at home and from crises they’ve helped deal with all over the world.” 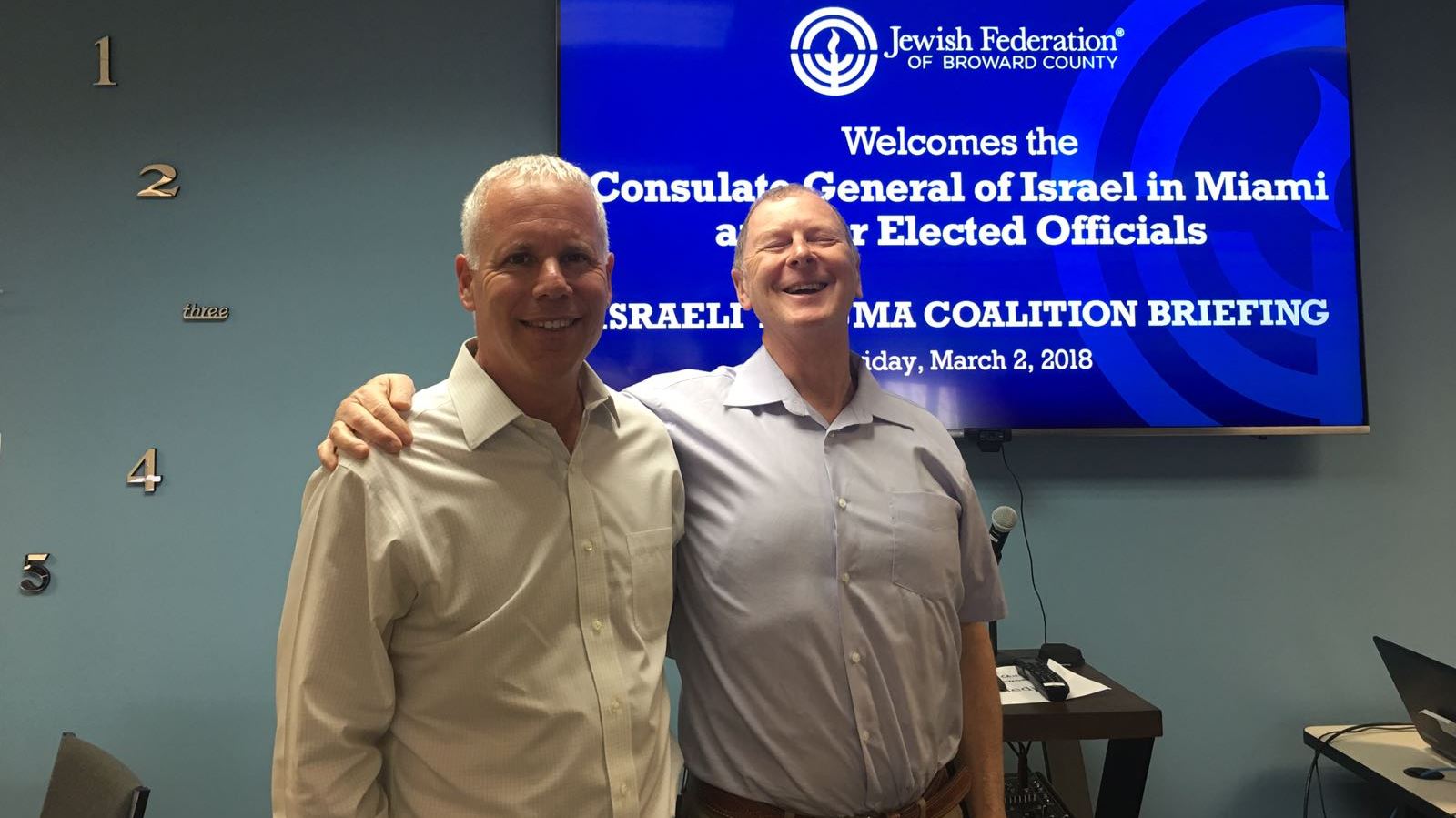 Dagan felt that most of the professionals and lay people are now better equipped to understand what they went through and to intervene using practical tools developed in Israel. But there is more to be done.

“The situation in the Parkland area didn’t end when we left,” says Dagan. “There is still work to do and we will go again soon. As we did in the Philippines four years ago, in Florida we hope to select a smaller group to be trainers, leaving our model in place when we go back home.”

WATCH: This week, trauma specialists from the ITC – Israel Trauma Coalition are "helping the helpers" to assist in the aftermath of the Stoneman Douglas High School tragedy. Friends stick together, and together we will heal.

Posted by Israel in Miami on Wednesday, 28 February 2018

ITC professionals offer their expertise following crises across the globe. Currently, ITC is actively assisting communities in Houston in the wake of Hurricane Harvey last August; in Mexico after a deadly September earthquake; in Las Vegas following a mass shooting in October; and now in Florida.

“So many disasters are happening in the world and we always try to see if we can help,” says ITC Director Talia Levanon, a clinical social worker who has flown to several countries — in addition to overseeing ITC’s work in Israel – to train leaders in community-based healing and resilience.

The ITC was created in 2002, a year of unrelenting terror attacks in Israel, to harness the collective knowledge, expertise and experience of Israel’s governmental and non-governmental trauma management organizations.

“Outside of Israel, 95 percent of the time we do not provide direct care,” Levanon explains. “It’s the local professionals who know the community and the culture. Our purpose is to train them in wellbeing, resilience and coping skills and provide tools to take care of themselves and others.

“Wherever we go, we always focus on the strengths of the people and how they cope as individuals or as part of the community. When someone from the outside comes to help they bring a fresh perspective and can see your pain and your strengths.”

ITC’s sessions in Florida were coordinated by the Israeli Ministry of Foreign Affairs with the Consulate General of Israel in Miami, Behavioral Health Associates of Broward-Counseling Centers of Goodman JFS and the Jewish Federation of Broward County.

Ongoing ITC trainings in Houston, with three more scheduled for this year, are funded by the UJA-Federation of New York. ITC’s work in Las Vegas, funded by Jewish Nevada, is getting started with a “mapping mission” to identify local partners, needs and resources. In Mexico, local Jewish federations are supporting ITC training through the Joint Distribution Committee (JDC).

Michael Balaban, president and chief executive officer of the Jewish Federation of Broward County, said, “We know that the need for these kinds of resources is, unfortunately, going to be long lasting, and we know that we have a partnership with the ITC that allows us to lean on them for that expertise over the long haul.”