The devastation might not be as vast in the future, if firefighters adopt Israel’s unique Matash Fire Forecasting System, developed by the research department of the Ministry of Public Security in reaction to the record-breaking Carmel Forest fire of 2010.

Strategizing how to fight forest fires is largely luck and guesswork because so many unpredictable or unknown factors affect how it spreads, from wind conditions to the moisture level of the vegetation.

The Israelis built Matash on European and American theoretical models for predicting the behavior of forest fires using weather research forecasting (WRF). They first made a simulation to see how such a system could have helped in managing the Carmel blaze, and were so impressed with its potential that they decided to take it live.

“This is the first operational WRF system in the world,” Amram tells ISRAEL21c.

As soon as firefighters report their exact location, personnel at the Israeli Fire and Rescue control center in Rishon LeZion put Matash to work crunching data concerning weather, topography and infrastructure from live feedback as well as sources such as Google Maps and Google Earth. 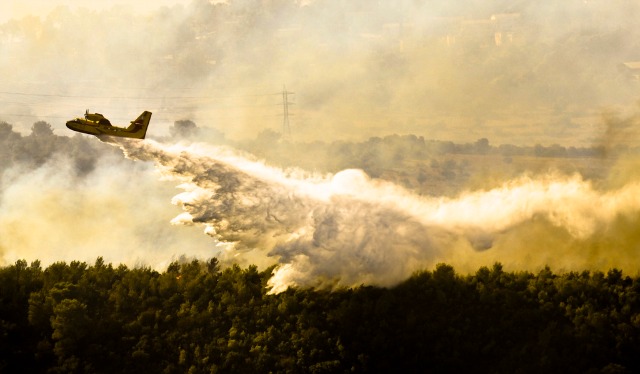 “In 15 minutes we get predictions for one hour ahead,” says Amram. “After 30 minutes, we get six hours ahead.”

Rolled out in the summer of 2012, Matash already proved its capabilities.

“Last summer, there were two big fires near Jerusalem, in Motza and Ma’aleh Hachamisha,” Regev tells ISRAEL21c. “The system was very helpful for predicting a few hours ahead for the worst-case scenario that we do not want to get to.”

The need for Matash is great. On average, 1,000 forest fires occur each year in Israel. Many lives depend on decisions about deploying equipment and personnel, and whether to evacuate residents who live in the vicinity.

Matash and other advanced technologies resulted from the Israeli government’s decision to create a National Fire Authority (NFA) following the Carmel disaster. NFA unified myriad municipality-based fire services into a single national force under the auspices of the Public Security Ministry.

Matash is available to every firefighting, police and rescue agency in Israel, including Keren Kayemeth LeIsrael-Jewish National Fund and the Israel Nature and Parks Authority, which administer the country’s 400,560 acres of forest.

Matash presents decision-makers with a two-dimensional map; 3D imaging of fire temperature, fire line advancement and height of flames; maps of potential additional fires and high-risk areas; and weather forecasts for the next three days at a 1.3-kilometer resolution. The system has an accuracy level of within 50 meters and updates itself every six hours.

When there are no fires, the Matash system can be used in simulation mode to help officials prevent fires and prepare action plans in case they occur.