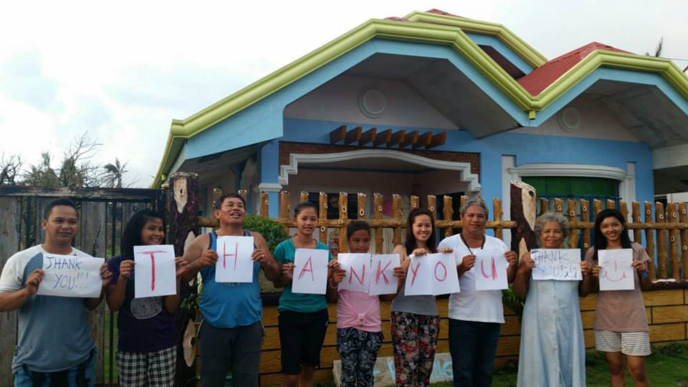 Residents of Can-Avid in the Philippines hold up a ‘thank you’ note for IsraAID relief workers. (IsraAID)

IsraAID swung into immediate action upon news of the destruction Typhoon Hagupit (locally called Ruby) caused across the Philippines, leaving hundreds of thousands of families homeless.

The  Israeli-based humanitarian aid agency — in coordination with the UN and the local Ministry Department of Health – sent an emergency response team to provide medical, psychological and social support, as well as distribution of relief goods in Can-Avid municipality. Ninety seven percent of residents in Can-Avid have been affected by the typhoon, which made landfall just 15km away in the city of Dolores. 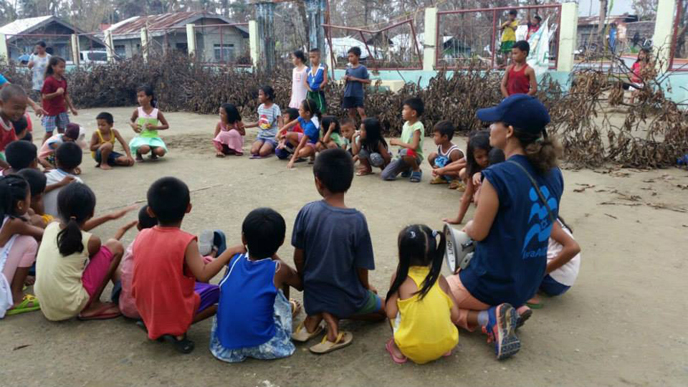 IsraAID also conducted psychological and social support activities to more than 150 children in Barangay Rawis and Camantang, and trained local professionals in dealing with trauma-affected communities.

Typhoon Hagupit carved its destruction across the country from December 6 to 9, 2014.

In 2013, IsraAID sent medical teams to the Philippines in the wake of Typhoon Haiyan and set up field hospitals in the hardest hit areas. In the 2009 typhoons in the Philippines, Israeli aid workers provided medical relief to thousands of people there.