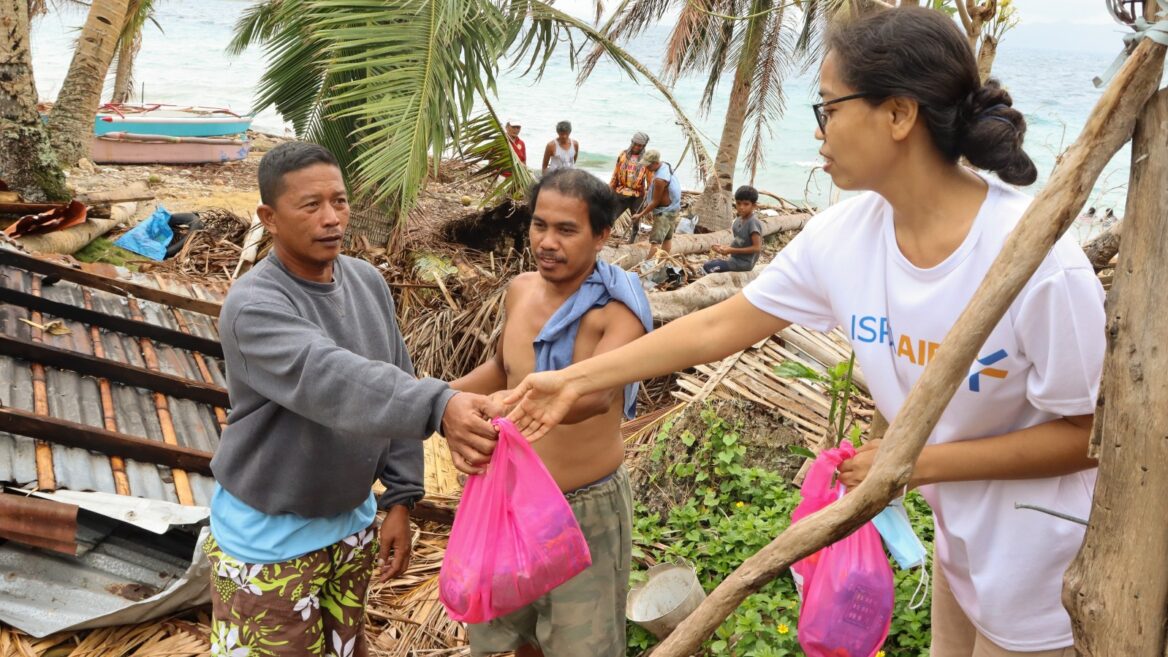 An IsraAID volunteer bringing urgent aid to victims of Typhoon Odette in the Philippines. Photo by Jeriel Nunez

“We have already seen countless examples of both extreme loss and incredible resilience.” Molly Bernstein, IsraAID’s Head of Mission in the Philippines

Two months after December’s Super Typhoon Odette (known internationally as Rai) that affected the lives of more than 10 million Filipinos and damaged or destroyed 1.9 million homes, 133,000 people are still displaced from their homes and children are still unable to go to school. As of last week, Israeli IsraAID team members were able to enter the country, bringing an additional five experts to assist in the continuing relief work.

“We have already seen countless examples of both extreme loss and incredible resilience,” Molly Bernstein, IsraAID’s Head of Mission in the Philippines, tells ISRAEL21c.

“People here are super strong; they’ve been through so much. Even in IsraAID’s relatively short history in the Philippines – six years in the aftermath of Typhoon Yolanda in 2013 — they’ve had intense storms and immense losses,” she says.

“They pick themselves up and work together to overcome the challenges. Helping to support that process is at the core of what IsraAID believes and does.”

It may sound counterintuitive that a major storm would cause a shortage of drinking water, but indeed that’s one of the critical problems in affected areas.

“After typhoons, seawater infiltrates wells and other water sources and causes the water to become undrinkable,” Bernstein explains. 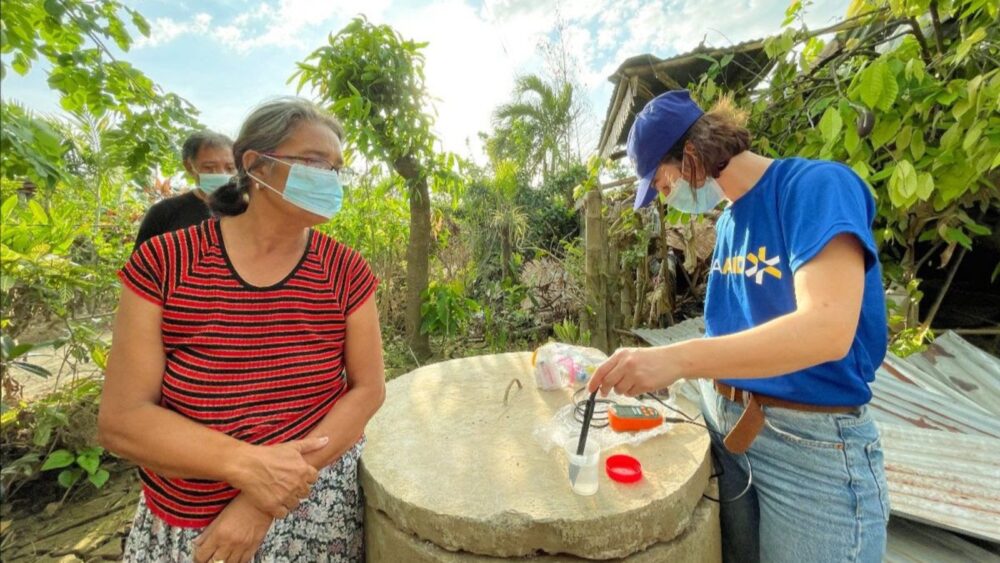 “Removing the salt particles is very complex and very essential in relief work. Our teams brought a cutting-edge Israeli solution to field to make safe water from the salinated water right in front of the community’s eyes. The response was a deep joy as they are learning to operate it on their own.”

This technology, Otterpack, is a portable water purification system based on reverse osmosis. Carried in a large backpack, Otterpack can supply up to 120 liters of pure drinking water per hour from any water source on land. It’s powered by a standard rechargeable battery or can be operated manually.

Water, sanitation and hygiene (WASH) experts from IsraAID are installing solutions such as Otterpack in communities that have not had water access since the storm.

In addition, experts in protection, community resilience, mental health and emergency operations are working with community volunteers to strengthen long-term resilience in the affected islands of Negros and Leyte.

“We have continued distributing urgently needed items, such as blankets and soap, and are now establishing partnerships and infrastructure that will allow us to help thousands of affected Filipinos in their long-term recovery from December’s disaster,” says Bernstein.

‘We have a real name here’

Bernstein has found that the Filipinos remember with gratitude IsraAID’s assistance after Yolanda.

“We had a really big team here in past years and we are building on those connections. We have a name for ourselves here as a deeply professional organization doing recovery and resilience building.”

IsraAID workers were greeted enthusiastically, for example, by a man who is now the superintendent of the local school system and a woman who used to volunteer with IsraAID and now runs her own nonprofit.

“She was so excited to see us and wants us to do training for her organization,” says Bernstein.

“People here are so happy to have us. They are warm and welcoming, gracious and hospitable.” 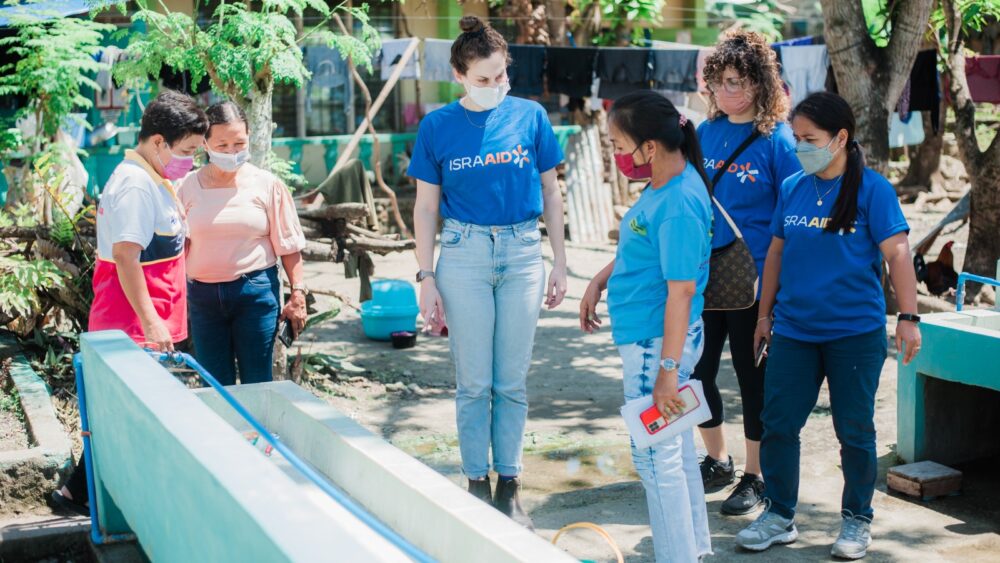 “A lot of people’s homes were destroyed, and schools were damaged. Between Covid and the typhoon, kids have been out of school for two full years in these areas,” she says.

“Many of the areas severely affected are coastal and that is where many people make their livelihood,” Bernstein adds. “Fishermen lost their fishing boasts, coconut farmers lost their trees, poultry farmers had their farms ruined.”

Bernstein says IsraAID puts an emphasis on disaster resilience – helping communities build back in a way that ensures the structures and plans are in place for the next emergency.

“Here in the Philippines, it’s not a matter of ‘if’ there will be another storm, but when, and we’re committed to being here with our partners for the long term to make sure these communities are ready.”

“Evacuation centers and schools are higher risk places now. Hygiene these days is not just about open defecation but also about washing hands to prevent the spread of the virus,” Bernstein explains.

For the aid workers themselves, Bernstein says, “Covid makes travel much more complex. There are unending antigen tests as we move from island to island, meeting to meeting. We are doing our work while wearing masks.” 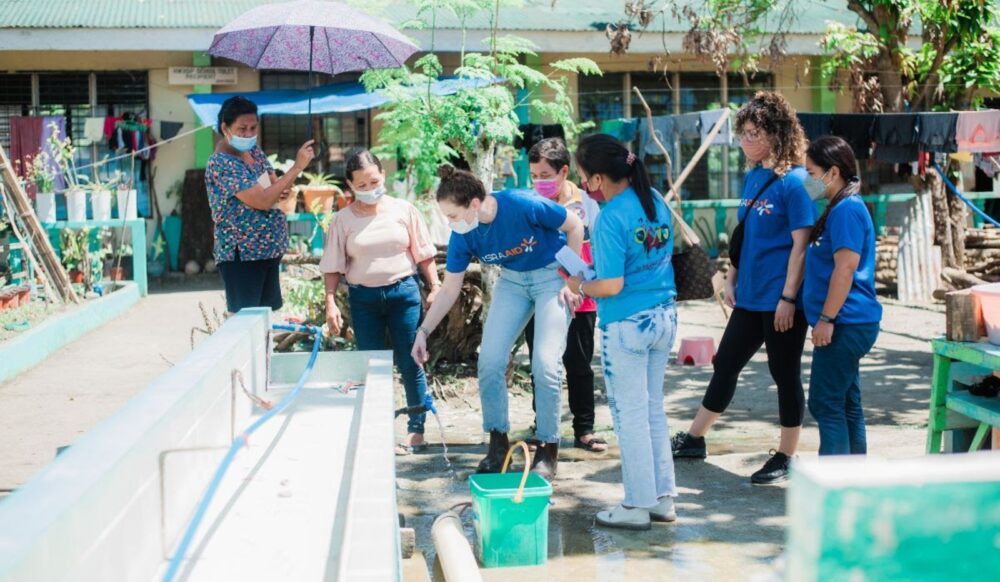 Founded in 2001, IsraAID has led international responses to disasters and civil strife in more than 55 countries as of December 2021.

UNCOVER ISRAEL - Get the ISRAEL21c
Weekly Edition free by email
Sign Up Now!
Bring Israel's story to life.
Millions of people around the world rely on us to gain a deeper understanding of Israel. We are the trusted source for original content you won't find anywhere else.
You can make a difference. Donate today to support journalism that brings Israel’s story alive.
SUPPORT ISRAEL21c
Read more on:   Social Action, IsraAid, Humanitarian Aid, Philippines, Disaster Relief, Otterpack