Women are the superstars of the vibrant Israeli biomed industry, filling leading roles as entrepreneurs, CEOs, funders and head researchers in this increasingly significant field.

On the business side is a passel of chief executive officers packing PhDs, including Kinneret Savitsky of BioLineRx, Anat Cohen-Dayag of Compugen, Pnina Fishman of CanFite BioPharma, Einat Zisman of Hadassit, the technology transfer company of Hadassah Medical Organization, and Yael Margolin of Gamida Cell.

Females comprise about 65 percent of Israel’s biotechnology workforce, and about 13 percent of top management positions in companies listed on the Tel Aviv Biomed index.

“Women are more attracted to everything that has to do with people: social sciences or life sciences,” says Technion industrial engineering and management Prof. Miriam Erez, head of Israel’s National Council for the Promotion of Women in Science and Technology. 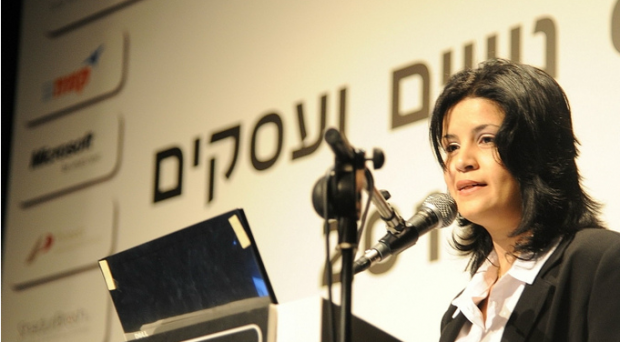 Metallo Therapy founder and CEO Amal Ayoub speaking at an Israeli conference on women in business.

“Biomedical engineering has an element of life sciences, and what’s happening these days is that academic researchers and research centers are becoming more multidisciplinary,” Erez says, thus providing attractive opportunities for women in careers bridging engineering and life science.

“My prediction is that there will be more women in the future in areas considered to be male-dominated today.”

Hamutal Meiri, 64, led the trend. After 16 years in academia, in 1991 she was asked to establish a national committee for coordinating Israel’s nascent field of biotechnology, she tells ISRAEL21c. Her goal was to turn scientific discoveries into a health-based industry.

“There was no infrastructure for an advanced biotechnological industry, and we had to build it,” Meiri says. 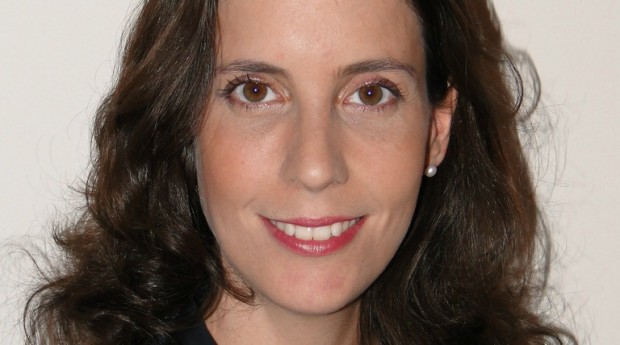 Quite quickly, she saw women making it to the top as CEOs, CFOs and CTOs. “There were quite a number of role models women could follow,” says Meiri, who now manages TeleMarpeh, a consulting firm involved in novel prenatal diagnostic technologies. “It’s a smooth move from academia to industry, so women were there from the beginning and there was no barrier.”

Galit Zuckerman, 34, agrees that her gender never kept her back. Founder of the four-year-old Medasense Biometrics, an Israeli company developing a non-invasive pain-monitoring device platform, Zuckerman previously led a team of algorithms engineers at Applied Materials, worked at Nokia-Siemens and Nice Systems, and consulted for several signal and image-processing startups.

She was one of about 20 women in her college class of 60 computer engineering students at Tel Aviv University. “In my master’s program [in electrical engineering] there were even fewer women. But science and computers always interested me, and I was good at it.”

After high school, she qualified for a prestigious program that trained her to do analytics in a military intelligence technology unit. That’s what piqued her interest in engineering. 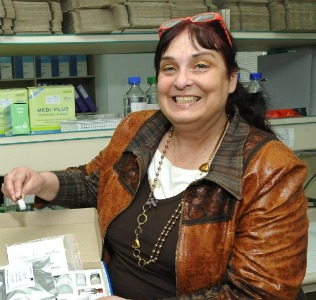 “I would encourage other women to go into engineering,” says Zuckerman. “Specifically, the medical field is amazing — it combines so many worlds and you don’t have a dull moment. You’re always learning and exploring because there are so many opportunities and so many things to invent.”

Growing career opportunities in Israeli biotech are a huge draw for the many women who have an affinity for advanced life science study. As Zuckerman told Bloomberg News, ‘You have all these women with growing expertise in biology. It’s only natural that they increasingly market that knowledge.”

Many Israeli women in biotech say this field fit their areas of interest better than the similarly hot field of high-tech, and also more easily allows for combining a science career and raising children.

Compugen’s Cohen-Dayag, mother of two teenage girls, tells ISRAEL21c that high-tech startups are often founded by male army buddies after finishing college. Biotech requires advanced degrees, and many women find it easier to start a family while in school, before launching a career. 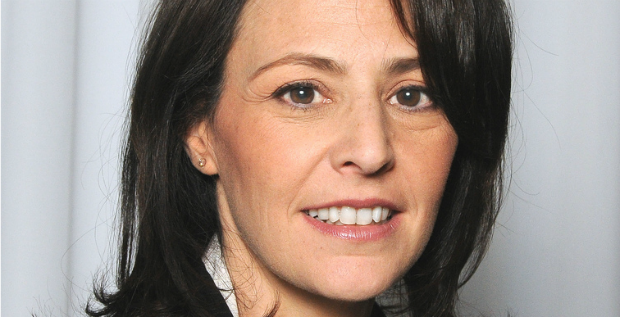 “In biotech, you can allow yourself time to raise a family because in general you have about 10 years before getting a PhD. Then you can move ahead,” says Cohen-Dayag, who worked her way up the Compugen ladder for seven years before becoming its third and only female CEO.

A drug-discovery company, Compugen was male-dominated at first, says Cohen-Dayag. The gender proportion evened out when it came time to add biologists to the staff of computational scientists. “Today we integrate exact and life sciences half and half, and it’s also 50-50 men and women,” she says. Four out of the five top managers at Compugen are female.

An Arab woman who broke the glass ceiling

Among the younger women making waves in biotechnology is 36-year-old Amal Ayoub, founder of Metallo Therapy, a startup developing gold nanoparticles to enhance radiation therapy. The first female Arab-Israeli high-tech entrepreneur, Ayoub once thought to become a physician but instead became enchanted with physics.

Echoing the Technion’s Erez, she explains: “I loved physics a lot and wanted to do something that connects physics and medicine.” She found that connection in the bioengineering subspecialty of nuclear medicine.

She tells ISRAEL21c that her interests weren’t unusual for a girl in her Nazareth high school.

“A lot of Arab young women are interested in engineering and medicine,” she says. “From a very young age I loved science and my teachers encouraged me to study it.”

After finishing her post-grad at Ben-Gurion University, she couldn’t find a suitable job for her skills and interests, so she boldly founded a startup based on the research she’d done for years on campus.

“Today it seems there are changes. The government wants Arabs to be in Israeli industry, so I think they will have more opportunities and fewer obstacles. I am a pioneer, and can be an example of a successful Arab woman who broke the glass ceiling.”