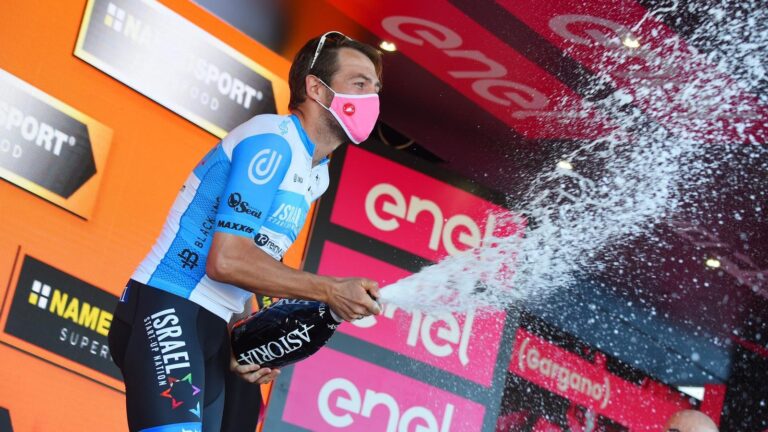 Alex Dowsett celebrates coming in first at the eighth stage of Giro d’Italia on Saturday. Photo by Bettini Photos

The Israel Start-Up Nation cycling team  earned a first-of-its-kind victory on Saturday when Alex Dowsett finished first on Stage 8 of the Giro d’Italia, a 124-mile-long ride from Giovinazzo to Vieste in southeastern Italy.

The British rider completed the stage in just over four hours and 50 minutes, overtaking five other breakaway riders who vied for the top spot. His fellow ISN team member, the Austrian Matthias Brändle, came in at fifth place.

“Matthias and I never stopped believing,” says Dowsett. “Having two in the break of six was essential… It could easily have been Matthias.” 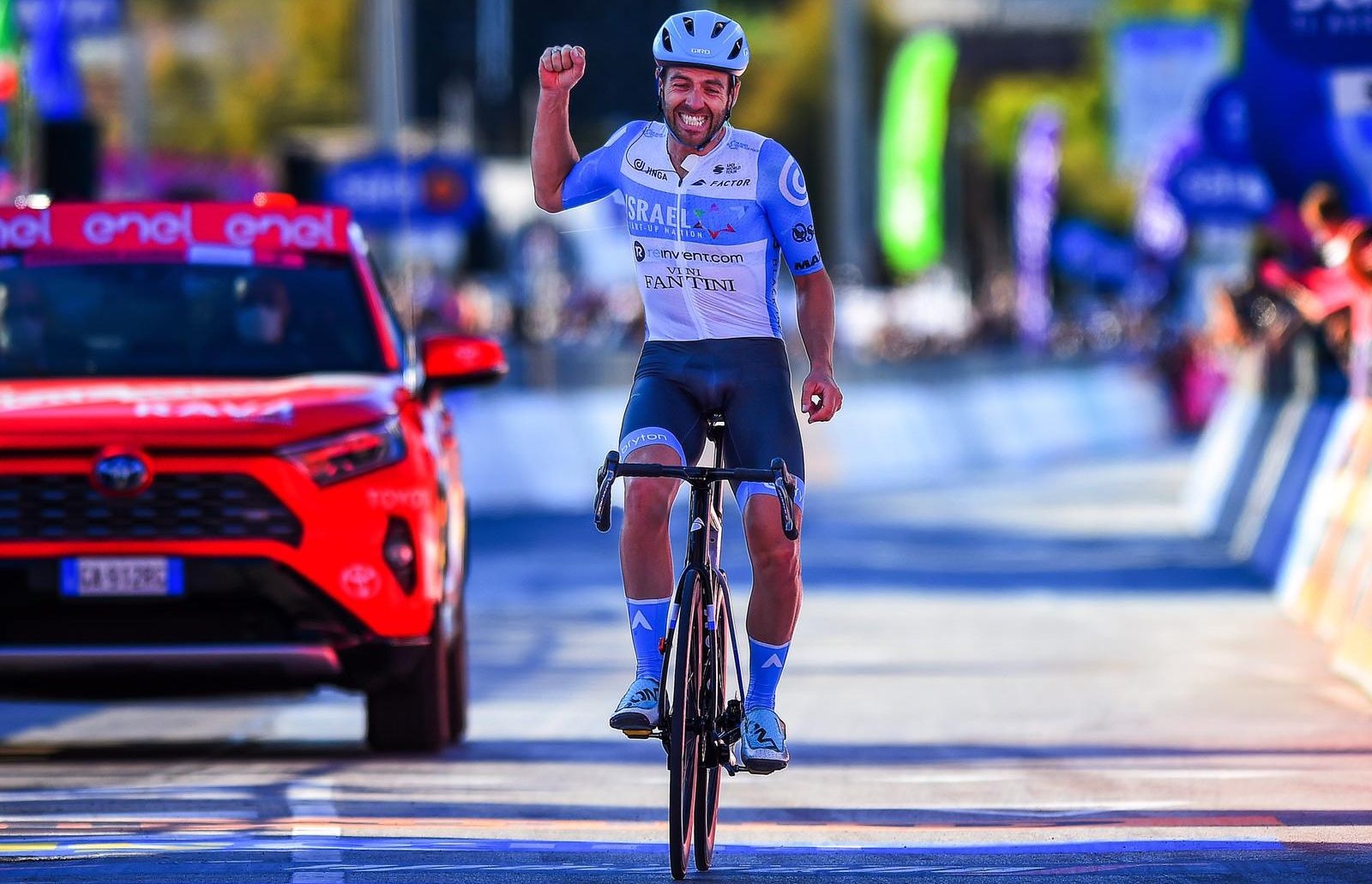 The Giro d’Italia is a Grand Tour that’s one of the three major European cycling races alongside the Tour de France and the Vuelta a España. The three-week race is comprised of 21 stages stretching over 2,173 miles from Palermo in the south to Milan in the north. It was meant to take off in May but was postponed to October due to the coronavirus pandemic.

“When we founded this team only five years ago, we dreamed that we would reach this moment today,” says ISN co-owner Ron Baron. “We are a team of dreamers who turn our dreams into reality one by one. This historic moment will actualize our biggest goal: to inspire the next generation of young Israelis to take on this beautiful sport.”

The Giro isn’t the first Grand Tour Israel Start-Up Nation has participated in this year, having also participated for the first time in the Tour de France this summer. There, cyclist Guy Niv was the first Israeli rider to complete the prestigious competition.