IBM celebrated its hundredth birthday last year. And for 40 of those years, the international technology leader has maintained a research lab in Haifa, Israel, its largest one outside the United States.

While today it seems obvious that major corporations with heavy investments in R&D would want to have a division in Israel, in 1972, when IBM Research opened its Israel office, that was hardly the case. In fact, it was more a matter of IBM not wanting to lose one of its top scientists, Israeli-born Prof. Josef Raviv, who wanted to move back home.

Raviv convinced IBM to let him “hire three to four scientists in the desert,” Oded Cohn, director of IBM Research in Israel, tells ISRAEL21c. That’s grown to a staff of 500 in Haifa today and another 500 employees around the country.

Some of IBM’s most cutting-edge innovations have been developed in the Holy Land. IBM Research in Israel was an early pioneer in the development of ultrasound equipment to detect liver cancer, for example, and was involved in R&D on IBM’s large RS/6000 workstations used in the 1990s.

Ironically, one of the group’s recent –and potentially most revolutionary – endeavors is a throwback to its earliest days of the “scientists in the desert.”

IBM is helping reduce water leakage in agricultural use by installing tiny, yet highly sophisticated, sensors on irrigation water pipes. The sensors wirelessly transfer data about water pressure back to a central processor.

If something seems awry, the system can pinpoint where the problem is without requiring a team of technicians to search by hand. Pressure can be adjusted remotely to forestall a potentially devastating burst before physical repairs are made. A major trial was conducted in Sonoma County, California.

The same sensing technology can be installed on the crops themselves. “Developing a sensor with a few transistors that measures the humidity in a single plant is something that is not science fiction,” Cohn explains.

These sensors would be able to transmit whether a leaf is healthy or diseased. The cost of transistors today is, in many cases, actually less than the cost of a grain of seed, Cohn points out. The long-term vision: sensors on every plant in a farmer’s field.

Convenient to both sides of the world

IBM Research in Israel has been blessed by many factors. Cohn points to the confluence of top-ranked technical universities, the high level of investment by venture capital in Israel, and the fact that “everyone else is here – Intel, Microsoft, they’re all in Israel too.”

Israel is a long way from IBM’s New York headquarters. But rather than viewing that geographic location as a disadvantage, Cohn says it’s been a key selling point. 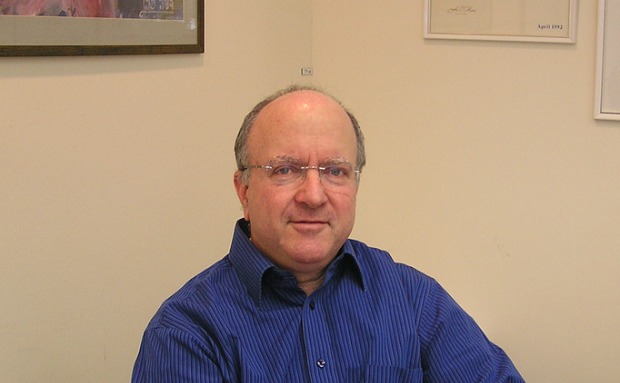 “We can talk to our colleagues in India and China in the morning and in the afternoon start up with our friends in the US. So we can work just a bit of a longer shift and still be able to sleep during the night!”

IBM recently opened a new lab in Kenya. The African country’s relative proximity to Israel has made the two facilities fast friends — in particular for the sensor technology being developed here and in high demand across the African continent.

Sensors are just part of what Cohn describes as the new “I” in IT (the shorthand for “information technology”). “People used to think about IT as server boxes in a data center, with everything connected by wires,” he says. “But today the ‘I’ stands for ‘instrumented,’ ‘interconnected’ and ‘intelligence.’”

Indeed, crunching data intelligently has long been one of IBM Research in Israel’s greatest strengths.

Cohn gives this example about treatments for HIV, which involve administering a drug “cocktail” composed of several medicines: “The best cocktail depends on the clinical situation of the patient and the specific genes of the HIV virus involved.”

Now, a doctor can simply type in a few parameters into a terminal hooked into an IBM server in Haifa and call up an appropriate recommendation. IBM is making the system available for free to physicians.

Of course, the same techniques developed for the HIV project can be adapted for IBM’s paying clients in other areas of the burgeoning field of personalized medicine.

Next on IBM’s agenda: mobile. The company bought Israeli startup Worklight last year for some $60 million.

“Their claim to fame,” Cohn says, “is that they built a platform that allows you to develop mobile applications across platforms. You can develop it once and it runs on Apple, Android and other devices.”

While IBM in general thinks first about its big clients, with Worklight, Cohn envisions a “democratization” of mobile app development.

“Creating an application is still very much the business of programmers,” he says. “I’m not saying that anyone can write core applications for a bank. But we’d like ‘normal’ people – a journalist or the manager of a retail business – to be able to write their own apps without being dependent on the IT organization.”

If Cohn has his way, there may be another “I” in IT – this one for “individuals.”