Looking for a new place to explore next year? The Lonely Planet recommends Israel’s Negev Desert as the No. 2 tourism destination for 2013. And Conde Nast Traveler named Beresheet resort in the Negev city of Mitzpeh Ramon as one of the world’s best new hotels.

“For decades the Negev was regarded as nothing but a desolate desert. But today, this region is a giant greenhouse of development. Think eco-villages, spa resorts and even wineries. In the next few years a new international airport at Timna is scheduled to open, followed by a high-speed railway to Eilat and more hotels,” the Lonely Planet explained.

The Red Sea resort city of Eilat is the best-known tourist site in the Negev, with its luxury beach hotels, coral reef, snorkeling and diving, and many other attractions.

About 15 miles north of Eilat in Timna National Park, you can tour the world’s oldest copper mines, take a paddleboat out on a manmade lake and enjoy magnificent desert scenery. Between Timna and Eilat is the Hai-Bar Yotvata Nature Reserve, which specializes in breeding animals mentioned in the Bible and other endangered desert species. 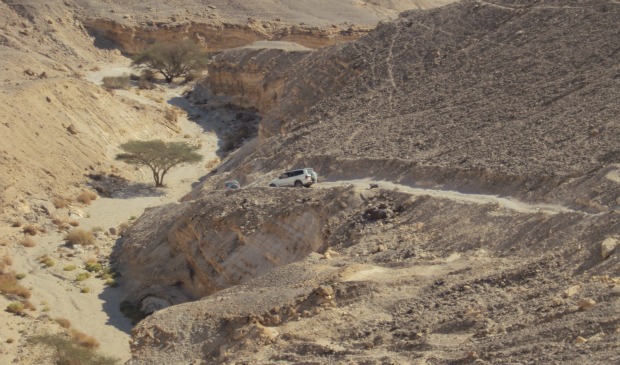 Jeep trips through the Negev are a great way to see the sights. Photo by Michel Arad.

But there’s much more to the Negev than these two southernmost gems. In a later article, we’ll explore Beersheva, the unofficial capital of the Negev at its northern border.

For now, let’s take a look at Ramat Negev, a region spanning the central third of the Negev — more than a million acres, equaling one-fifth of the territory of the state of Israel. It’s bordered on the north by Yeruham and on the south by Mitzpeh Ramon.

The new Beresheet Hotel sits on the edge of the Ramon crater (“machtesh” in Hebrew), the biggest natural crater on Earth. At 28 miles long and five miles wide, the machtesh is the focal point of the city of Mitzpeh Ramon, which means “Ramon Overlook.”

Guided walking, biking, camel and open-jeep tours will take you into the vast crater, but first learn all about it at the Mitzpeh Ramon Observatory. Backpackers can rent gear and spend the night in the crater; the Green Backpackers hostel expressly caters to their needs. 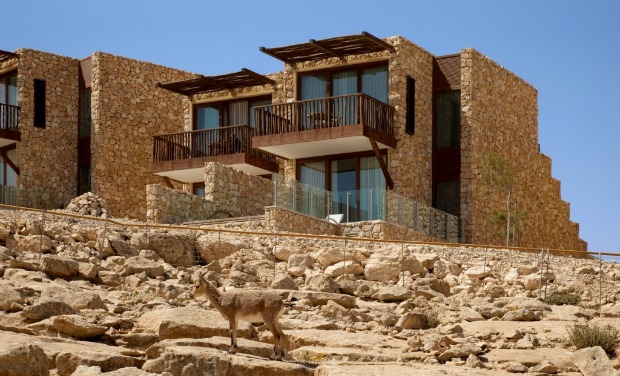 Other accommodations at or near the machtesh include the Silent Arrow Desert Lodge, the Adama Dance Company and Inn, the Israel Youth Hostel Association’s 47-room guest house and Succah in the Desert.

While in Mitzpeh Ramon, check out the five-year-old Rajum winery, on the Tzel HaMidbar Ranch, and the Alpaca Farm with 400 South American llamas and alpacas.

According to Raz Arbel, head of the Ramat Negev Regional Council’s tourism department, most of the area is comprised of little agricultural villages and kibbutzim – all worth a visit.

“It is interesting for tourists to meet the pioneers with creative minds who built businesses here and are eager to show visitors what they have done,” Arbel tells ISRAEL21c. He recommends spending two days in Ramat Negev, a 90-minute drive from Jerusalem or Tel Aviv.

“Start in the Nitzana area, the forest settlements on the border of Egypt, with a lot of history from 2,300 years ago.” You can rent a bike at the Nitzana Community Center, and arrange for an informal English-speaking tour.

Nitzana, whose claim to fame is 700 acres of sweet cherry tomatoes irrigated by brackish water, includes five villages. Ezuz is the largest, with a Solar Energy Park, recycling museum, archeological sites, café and several bed-and-breakfasts including the eco-lodge Zimmerbus, created from old vehicles. Nearby is the Be’erotayim Khan (desert inn), offering Bedouin accommodations and camel tours.

Kadesh Barnea, established in 1979, boasts a winery and bee house.

The winery, opened in 1999, produces 100,000 bottles a year using Cabernet Sauvignon, Merlot, Petit Verdot, Shiraz, Cabernet Franc, Mourvedre, Sauvignon Blanc and Chardonnay grapes. Arbel says people laughed at the founder when he announced his plan to grow vines in the sand, but he was successful.

People also initially scoffed at the Ukrainian immigrant who started Negev Nectars, where visitors can watch the activity in the hives through a glass enclosure. True, there aren’t many wildflowers in the desert, but he started his apiary with a hive he found in a tree. Negev Nectars produces eucalyptus, desert flower and acacia varieties. 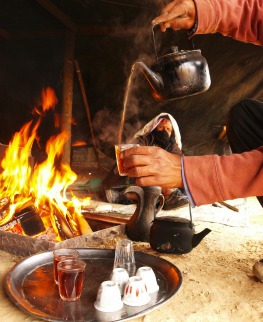 Be’er Milka, the newest village in Nitzana, was established five years ago by pomegranate and herb farmers. One of the farms, Shirat Hamidbar (Song of the Desert), provides a full explanatory tour of its medicinal herbs and plants.

Going east from Nitzana along Road 211 is Shivta National Park, a UNESCO World Heritage Site that began as a caravan stop on the ancient Nabatean Spice Route. It’s open free, all year long.

Hot springs in the desert

Due north of Shivta is Revivim, founded in 1943. The 12 originators of Kibbutz Revivim grew such lovely gladiolas and cucumbers that a visiting UN committee in 1947 came away convinced that the Negev should be part of the nascent Jewish state. Today the kibbutz has the biggest dairy and olive orchards in the region; a topiary garden; Hai Negev desert animal reserve; and a mud-brick khan for overnight guests.

Within the Revivim area is Neve Midbar, which houses a water park and hot springs spa. Accommodations at the nearby Negev Junction include the Desert Ship (Sfinat Hamidbar) Bedouin guest house and the Mashabim Holiday Village. 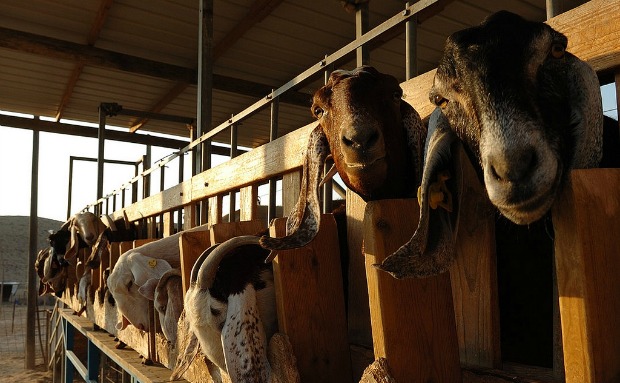 Sde Boker is also the home of the Ramat Hanegev Birding Center and the Sde Boker Winery, opened by a native Californian in 1999. The winery has a new visitors’ center and its own vineyards full of Cabernet Sauvignon, Merlot, Malbec, Carignan and Zinfandel grapes.

Near Sde Boker is a family farm growing Moroccan argan nuts for their highly prized oil. It has a B&B, as do all the other farms in the Sde Boker area, says Arbel. 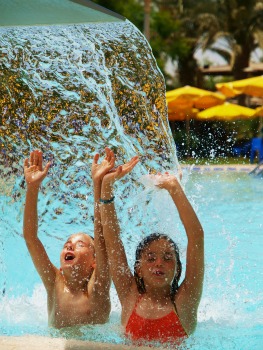