If you’re under the age of 30, you were probably inoculated against the hepatitis B virus (HBV). However, even though 167 countries now vaccinate at birth, HBV — up to 100 times more infectious than AIDS-causing HIV — is still a major global health problem causing 1.2 million deaths every year from liver disease.

Obviously, a better vaccine has been needed for a long time. It took a pair of Israeli physicians at the Weizmann Institute of Science to innovate a more effective formula, Sci-B-Vac, made by Israel’s SciGen.

Since 2005, virtually every Israeli newborn has received Sci-B-Vac, a practice that has significantly reduced HBV incidences in Israel. In fact, a current study at Hadassah University Medical Center in Jerusalem indicates that Sci-B-Vac given to infants born already infected stops the disease from developing.

The world’s only commercially available third-generation vaccine against HBV is also approved for use in Hong Kong, Philippines, India, Vietnam, Georgia and Central Africa.

With regulatory approvals in the United States and other countries expected in the near future, SciGen CEO Michal Ben-Attar is seeking partners willing to help get this effective and cost-efficient vaccine to places where the rates of infection are especially high.

‘One of the most potent hepatitis B vaccines in the world’

The problem with the first generation of HBV vaccines, pioneered in 1992, was that they were derived from the actual virus and carried health risks. The second-generation vaccine, still widely used the world over, uses a yeast-derived, genetically engineered version of the virus’s main protein.

“They hoped the antibody made in response to this protein would be enough to stop the infection, but actually it’s not effective enough,” says Ben-Attar.

In addition to lacking two other proteins in the human native virus, the second-generation vaccine also has a high rate of non-response in people with common health conditions from gluten intolerance to diabetes. 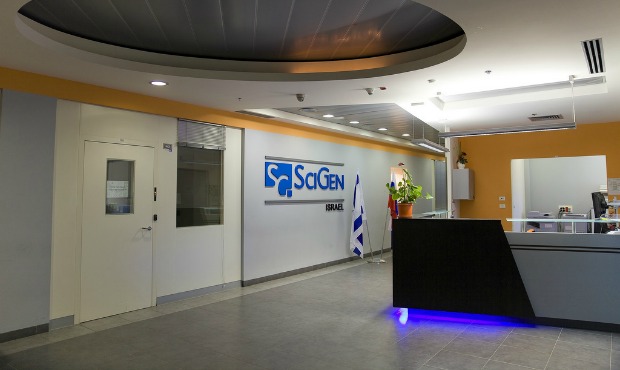 The trademarked Sci-B-Vac uses advanced biotechnology to offer a safer and more effective alternative, says Ben-Attar. “The point of biotechnology is to simulate natural processes as closely as possible.”

Rather than just one protein, Sci-B-Vac is a hollow “envelope” containing three purified recombinant proteins derived from a line of hamster cells – much closer to human cells than those of yeast, Ben-Attar tells ISRAEL21c. The human body produces protective antibodies against all three of the HBV proteins in response to the inoculation, which was deemed safe after clinical trials involving 5,000 people.

In addition to newborns, “I would like to see everyone protected with our vaccine, but for a start we are targeting non-responders,” says Ben-Attar. “In Israel, the Ministry of Health says to use only our product if there is high risk.”

In comparison with conventional yeast-derived vaccines, Sci-B-Vac has been proven more effective in special risk groups such as overweight, immune-suppressed individuals, according to Dr. Daniel Shouval, dean of the medical school at Hebrew University and head of the Liver Disease Group at Hadassah University Medical Center. “These features make Sci-B-Vac one of the most potent hepatitis B vaccines in the world,” said Shouval.

Privately owned, SciGen was established in 2005 and currently has 50 employees working at its Rehovot headquarters. Ben-Attar revealed that the company also has plans to advance its research and development of inoculations for other widespread conditions such as AIDS and Alzheimer’s disease.